Real Madrid left the crisis behind, leaned on its stars and won in La Liga 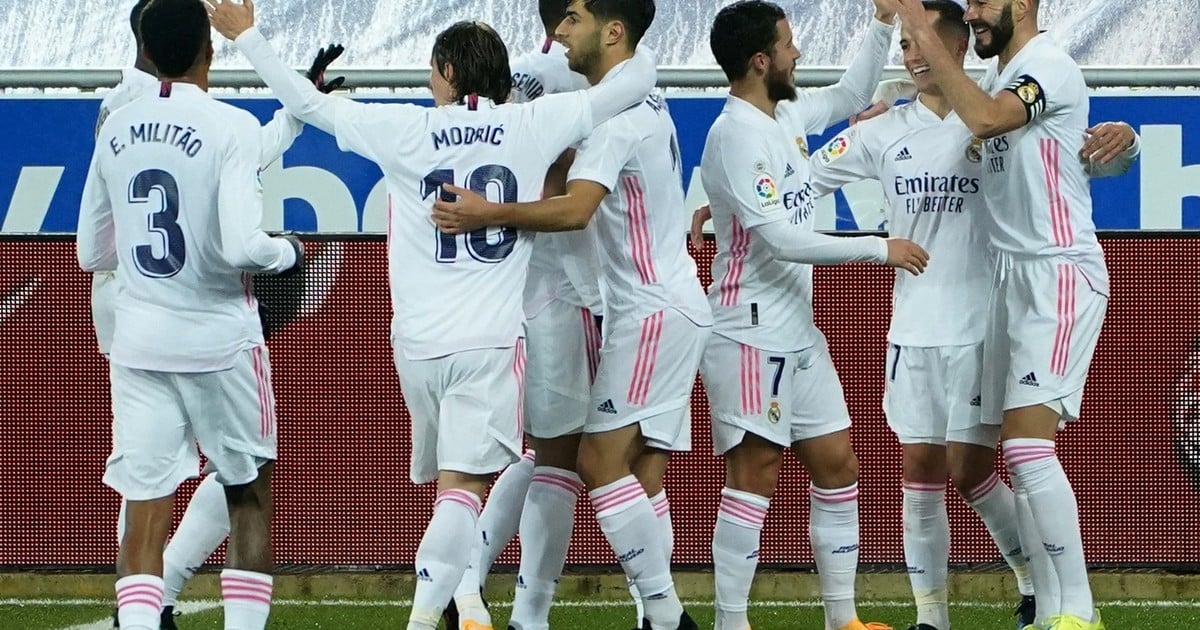 Real Madrid revived in Mendizorroza. After his elimination in the Super Cup against Athletic and in the Copa del Rey against Alcoyano, he beat Deportivo Alavés 4-1, which keeps him in the fight for the Spanish League and restores the confidence lost in recent times.

The meringues, who had not gone beyond two discreet draws in their previous outings to Elche and Pamplona, ​​left the duel sentenced in a great first half (3-0) and signed the victory with a fourth goal, after the Basques closed the gap and they will go for the second goal.

The Frenchman Karim Benzema, captain in the absence of Sergio Ramos, showed his teeth again with two great goals, after the Brazilian Carlos Casemiro opened the victory with a header and the Belgian Eden Hazard rounded off the best first part of the season for him. Real Madrid.

Without Zinedine Zidane on the bench, on leave after having tested positive for covid-19, the white team starred in an almost perfect performance in Vitoria on the 20th date of the League.

Despite the fact that the local started with clear ideas and entered plugged in with a direct game that resulted in the first few occasions, it was Real Madrid that took the lead in the 15th minute with a very tight header from Casemiro that beat his marker in a corner kick

The goal gave wings to the white team, who took advantage of practically every chance they had. In the 41st minute Karim Benzema extended the lead after a good assist from Eden Hazard for the French forward to score a great unattainable goal for Fernando Pacheco. And the Belgian scored the third before the break, in what was perhaps too severe a punishment for a weak Alavés.

Abelardo Fernández tried to change the image of his team with three changes at halftime and was very close to closing the gap, but Joselu Mato found a great Thibaut Courtois who avoided the first of the locals in the first bars of a second act in the that the whites slowed down.

Finally, the Basques closed the gap with the ball stopped: an indirect free kick by Lucas Pérez ended up in the most active player of the Albiazules, Joselu Mato, who scored with a powerful header in the 59th minute.

Thus, with the locals looking for the second, Real Madrid’s fourth came through a quick counterattack that Karim Benzema began from the band and culminated alone with mastery at 71.

The goal ended the aspirations of an Alavés who did not stop trying but could not with the team led in Mendizorroza by David Bettoni and with Zidane on the phone.

With this triumph, Real Madrid reaches 40 points, now four behind the Atlético leader, which hosts Valencia (14th) on Sunday and has another game less. Third, meanwhile, is Sevilla, after beating Cádiz 3-0 with a triplet from Moroccan striker Youssef En-Nesyri.

France: There is no need to close a new year now due to Corona