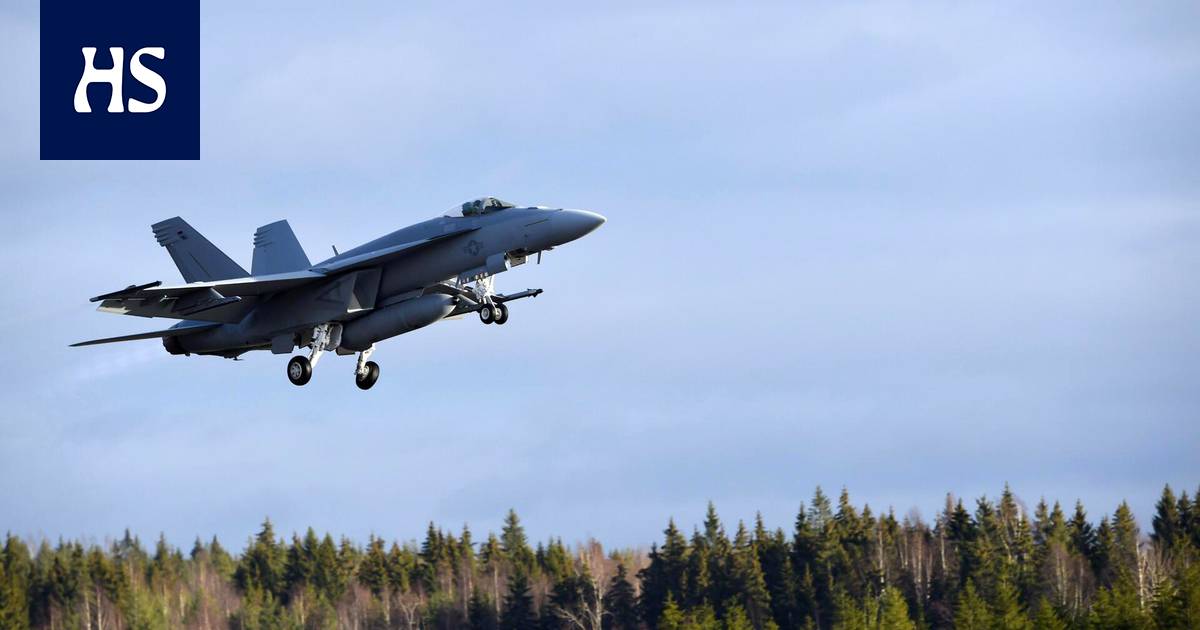 Finland, which sends equipment to Mars, is likely to be able to develop technological defense solutions other than traditional human-controlled and non-ecological assault fighters.

Versatile It has been difficult to discuss the number of fighters in Finland. It has been particularly difficult to come up with arguments questioning the size of the HX acquisition. Such views are easily branded as patriotic, naive, or irresponsible.

It seems as if the “right” information – information about the impossibility of alternatives – would be available only to representatives of the Defense Forces or the military industry, entities that are either icebergs or beneficiaries.

It is, however It is worth asking seriously what Finnish security could be in the future. Would EUR 10 billion find a better way than fighters to promote the security of the world and Finns?

The total cost of the HX project will be EUR 20-30 billion. It would be more useful to tie up sums of this size to combat security threats that are more likely to be attacked: to resolve existing conflicts and to combat migratory flows, infectious diseases and climate change.

The risk of an armed attack on Finland in the 2020s and 2030s is minimal. It is at least as small now as it was in the decades after World War II. The risk should not be insured with an overly expensive HX purchase. A prudent foreign policy, multilateral international co-operation and diplomacy that understands history have been sufficient to combat security threats in Finland.

HX project is also old-fashioned and clumsy. Finland, which sends equipment to Mars, is likely to be able to develop technological defense solutions other than traditional human-controlled and non-ecological assault fighters. They are also a rapidly aging and expensive technology. There would be a breeding ground and an export market for a new kind of thinking.

According to several expert estimates, air warfare will take place in the future mainly with unmanned equipment. Various drones have already been used successfully in the Syrian war, for example. The HX project can quickly prove to be old-fashioned. As technology and warfare change, the placement of a small country in only one type of weapon can be a major miscalculation. These issues should have been openly discussed already during the preparation of the HX project.

When when it comes to the price of arms acquisitions and military defense, these are values ​​that can be irrational. The HX project is a debt-financed project. Often, it is those who demand fighters in their values ​​that resent the amount of public borrowing: a small stimulus debt for social security, for example, is bad, but a huge arms debt is not a concern. There are also values ​​in post-World War II democratic Europe that promote sustainable security and, at the same time, the success of the best Western values ​​globally.

Peace preserving and defending it in Europe is not enough. Funds for global sustainable security could be taken from state arms budgets. The EU could start pulling a new global percentage move, cutting military spending to 1% of GDP and shifting money from the war industry to more effective security.

The EU and Finland, as its member states, can proudly strengthen their sixty-year-old tradition, which has served as a guarantee of peace on the continent. This will build a security policy in which cooperation and diplomacy guarantee sustainable development and a state of peace.

Recognition of the facts is also an essential issue for fighter procurement.

Professor of Regional and Cultural Studies, University of Helsinki

Reader opinions are speeches written by HS readers, selected and delivered by HS editorial. You can leave a comment or learn about the principles of writing at www.hs.fi/kirjtamielipidekirjoitus/.

The harsh response of the field to the Government for the possible increase in withholdings: ‘They enervate our producers’