Reactions to elderly care: ‘Because of our health care system, my mother cannot die at home’ | Opinion 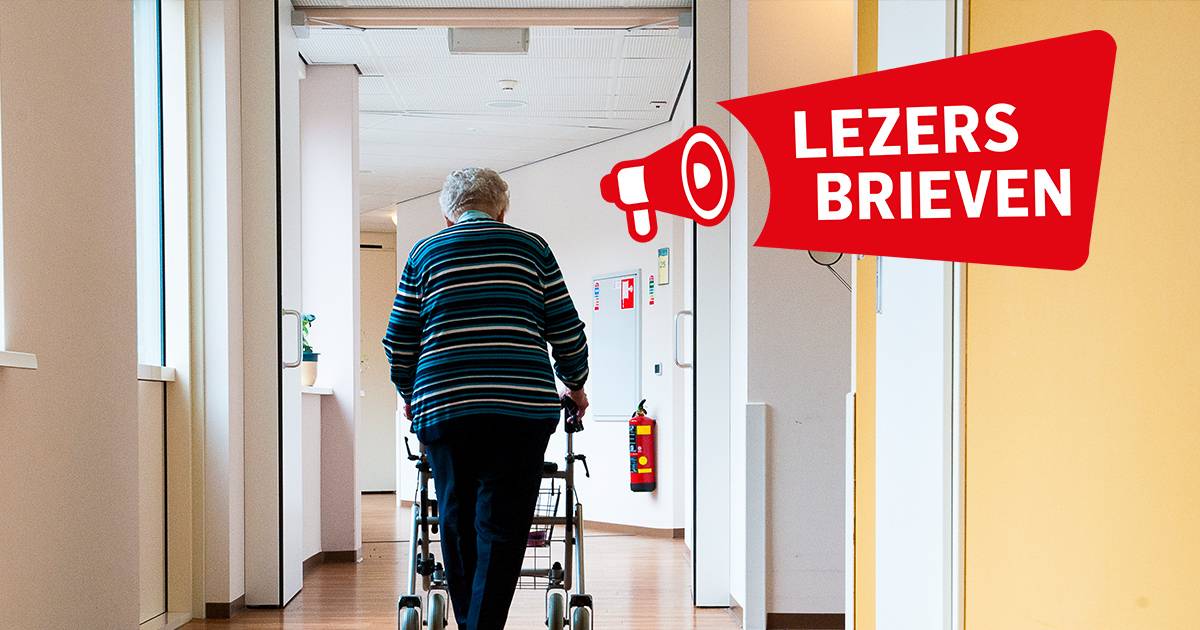 Readers of our newspaper and site can send their own letter to letters@ad.nl. Below is a selection of the readers’ letters that appeared in the newspaper on Tuesday 22 June about, among other things, Jürgen Conings, the formation and care for the elderly.

Jurgen Conings | His death is something tragic, not conspiracy fodder
‘Corpse odor accidentally leads to Jürgen Conings’, (AD 21-6). The confused and runaway Belgian soldier Jürgen Conings has been found dead in the Hoge Kempen National Park. Conspiracy theorists immediately ran off with this story. For example, Conings would have been murdered and it is quite a coincidence that a mayor found the body on a bicycle. Now I don’t think much of conspiracy thinkers anyway, but the idea that is now circulating that the body of Conings would be a birthday present arranged by the government for virologist Marc van Ranst, who was seriously threatened by him, is of a new kind. kind of sad tastelessness.

Education | Now that the earth is warming, air conditioners are really useful
‘Letters, Can’t we buy air conditioners with that money?’, (21-6). Reader Brigitte states that she really can’t teach well at school in the summer heat. Also, those poor students would develop serious concentration problems and turn into limp rags as soon as it gets a bit warmer. Her solution: buy an air conditioner for the school. Very smart of her, because if the earth warms even further, because we use a lot of electricity, this is of course a great investment. If everyone buys something like this now, it might get even hotter. An air conditioner really comes in handy. It is actually a miracle that they still teach in warm countries such as Spain or Suriname.

Corona policy | What should we do with all those corona helmsmen ashore?
‘Thousands of patients dupe for delayed care’, (AD 21-6). What exactly is the use of news reports about all the missed care as a result of the corona pandemic? It strikes me as a criticism of government policy. Undoubtedly wrong decisions were made in those panicky times, but the best helmsmen are ashore and it is easy to judge afterwards. We can clap our hands that we live in a country like the Netherlands. Hopefully we can learn a lot from it.

Formation | The ballot box beckons after the umpteenth deadlock
After the break with Pieter Omtzigt, the CDA only has six seats in the House of Representatives in the latest polls by Maurice de Hond. Surely it cannot be the case that a party that finds itself in such a downward spiral as the CDA, is a stable factor to take a seat in a government. After the elections in March, the entire political landscape is completely at a standstill due to the parliamentary debates about the functioning of Rutte (motions of no confidence) and the split of Omtzigt from the CDA. It is a must to call new elections.

Watch our formation videos below:

Gymnastics coach | Drinking a beer during the Games, that’s bad
‘Vincent Wevers wins summary proceedings and can still go to the Olympic Games’, (AD 18-6). Sometimes it is difficult to understand court decisions. In 2016 gymnast Yuri van Gelder was sent home by the chef de mission of the Olympic Games because he drank a beer. He lost his place in the final. Now a gymnastics coach, who is under investigation for transgressive behavior, can continue to perform his function in Tokyo. I hope the NOC will put a stop to this.

European Football Championship | If Gosens plays well, then he is suddenly ‘Hollander’
It is truly cringe-inducing that footballer Robin Gosens is called a Dutchman when he wins with Germany, but is a German when he plays less well. Just like the Dutch Seedorf won the Champions League and the Surinamese Seedorf shot that penalty high. On topic: Ronaldo gives and shares almost everything, but when he doesn’t it is an arrogant jellyfish. People anyway…

Watch all our videos about the European Championship here:

European Football Championship 2. | After this European Championship, people speak of ‘Denzelen on the flanks’
‘Bulls’, the Orange players call the making of meters along the sideline by Denzel Dumfries. This buffalo, diesel or thunder really deserves its own name. What about ‘Denzelen’?

Letter of the day | Mother wants to die at home, but our healthcare system makes it impossible
My mother is 94 years old. For six years, my sisters and I cared for her at home. Physically she is very strong, but she has dementia. Her greatest wish was to stay in her house and die there. Despite all our efforts, we did not succeed. She broke her hip and ended up in the hospital. There we were confronted with what they call care today. Her surgery went well, but she became even more confused and wandered. The department indicated that it had no time ‘for these kinds of people’ and also asked us to provide informal care in the hospital. They also put her bed against a wall so that she could only fall out on one side, and they gave her a fall mat. I also see how overloaded healthcare is, but this was very distressing. She was quickly transferred to a rehabilitation center. Despite the fact that the nursing staff is very sweet, the same problems play a role there. Too few staff and my mother is not getting the care she needs. She has already fallen twice and is waiting for the deadly fall. My mother is lying in a dirty diaper calling for help. What we wanted to prevent just happens. Helping her with a sedation so that she dies in a quiet respectful way is not allowed according to protocol. The current concern is a disgrace. Respect has to be shown for all kinds of things, but I miss that enormously in elderly care. Tucked away behind large windows you lie disoriented in your bed. Or next to it, if you fell. Because protocol doesn’t allow for a dignified death.