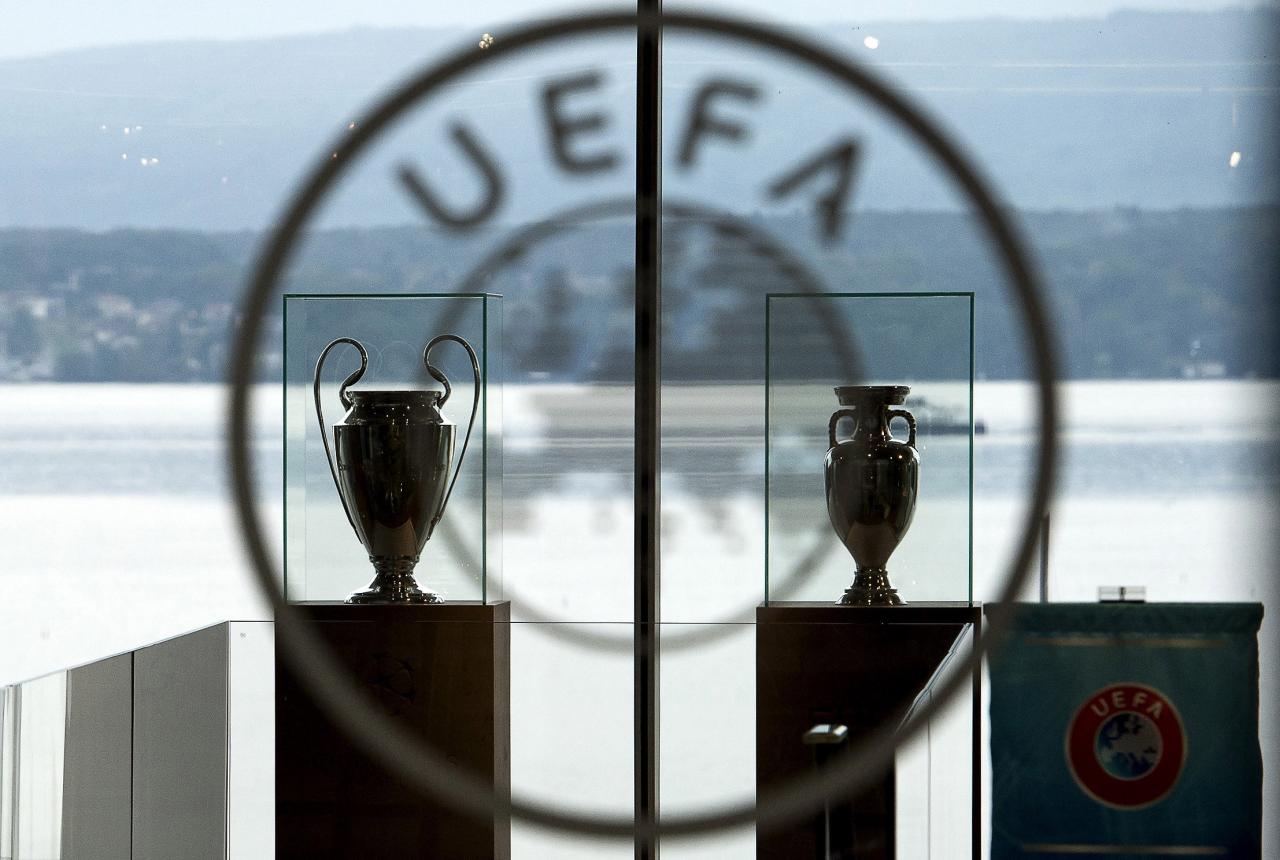 Media reports said that 12 European clubs, including six from England, have signed up to a breakaway Super League – a rival competition to UEFA’s Champions League.

Following are some reactions to the news:

EUROPEAN SOCCER’S GOVERNING BODY UEFA IN A JOINT STATEMENT WITH SPANISH, ENGLISH AND ITALIAN LEAGUES AND FEDERATIONS
“If this were to happen, we wish to reiterate that we – UEFA, the English FA, RFEF, FIGC, the Premier League, La Liga, Lega Serie A, but also FIFA and all our member associations – will remain united in our efforts to stop this cynical project, a project that is founded on the self-interest of a few clubs at a time when society needs solidarity more than ever.
“We will consider all measures available to us, at all levels, both judicial and sporting in order to prevent this happening.”

ENGLAND’S FOOTBALL ASSOCIATION
“It is clear that this would be damaging to English and European football at all levels and will attack the principles of open competition and sporting merit which are fundamental to competitive sport.”

ENGLAND’S PREMIER LEAGUE
“Fans of any club in England and across Europe can currently dream that their team may climb to the top and play against the best. We believe that the concept of a European Super League would destroy this dream.”

UK PRIME MINISTER BORIS JOHNSON
“Plans for a European Super League would be very damaging for football and we support football authorities in taking action.

“They would strike at the heart of the domestic game, and will concern fans across the country. The clubs involved must answer to their fans and the wider footballing community before taking any further steps.”

GABRIELE GRAVINA, PRESIDENT OF THE ITALIAN FOOTBALL FEDERATION (FIGC)
“We have always been against a Super League.

“The only viable project is the Champions League reform promoted by UEFA.”

GERMAN FOOTBALL ASSOCIATION (DFB)
“The German Football Association (DFB) has a clear position against the concept of a European Super League. In football it must always be about sporting performance.

“It is the performance that determines promotion and relegation as well as qualification for the various competitions. Economic interests of a few clubs should not end the practiced solidarity in football.”

CHRISTIAN SEIFERT, CEO OF THE GERMAN FOOTBALL LEAGUE (DFL)
“The DFL opposes any concept of a European Super League. Economic interest of a few top clubs in England, Italy and Spain should not lead to the abolishment of established structures in European football as a consequence.”

FRENCH PRESIDENT EMMANUEL MACRON
“The president of the Republic welcomes the position of French clubs to refuse to participate to a European football Super League project that threatens the principle of solidarity and sporting merit.”

FRENCH FOOTBALL FEDERATION
“The French Football Federation (FFF) and the Professional Football League (LFP) are opposed to any European Super League project. Alongside UEFA, the FFF and the LFP are firmly opposed to a project that threatens the entire European football pyramid.

“The hegemonic dreams of an oligarchy will result in the disappearance of a European system that has allowed football to develop in an unprecedented way on the European continent.”

ENRIQUE BONILLA, PRESIDENT OF MEXICO’S LIGA MX & CHAIRMAN OF THE WORLD LEAGUES FORUM, WHICH REPRESENTS MORE THAN 40 LEAGUES AROUND THE WORLD
“Domestic leagues in Europe have the full support of all leagues around the world against the European Super League project. Football must be based on solidarity and sporting merit.”

BRITISH CULTURE MINISTER OLIVER DOWDEN
“Football supporters are the heartbeat of our national sport and any major decisions made should have their backing.

“With many fans, we are concerned that this plan could create a closed shop at the very top of our national game.”

EUROPEAN PARLIAMENT SPORTS GROUP
“The proposed closed competition of super rich clubs would form a privileged caste outside the structures of European club football, with no other purpose than making profit.”

FOOTBALL SUPPORTERS EUROPE, WITH MEMBERS IN 48 COUNTRIES
“It is illegitimate, irresponsible, and anti-competitive by design.

“More to the point, it is driven exclusively by greed. The only ones who stand to gain are hedge funds, oligarchs and a handful of already wealthy clubs, many of which perform poorly in their own domestic leagues despite their inbuilt advantage.”

SOUTHAMPTON MANAGER RALPH HASENHUETTL
“It worries me but I must say the message from the Premier League was a very clear one and I 100% agree. For me it’s absolutely unacceptable what is going on behind the scenes.

“Nobody wants it – not even the fans of the clubs who want to go there want it. Hopefully we will find the right steps to not let it happen.

“I know there were a lot of hours of negotiations inside the Premier League going on about the future and there was not one time speaking about this Super League.

“Suddenly it crops up and that means there were some negotiations in the background. And that for me is unacceptable.”

FORMER MANCHESTER UNITED CAPTAIN GARY NEVILLE
“I’m disgusted with Manchester United and Liverpool the most. They’re breaking away to a competition they can’t be relegated from? It’s an absolute disgrace.

“We have to wrestle back power in this country from the clubs at the top of this league – and that includes my club.

“It’s pure greed, they’re impostors. The owners of Man United, Liverpool, Chelsea and Man City have nothing to do with football in this country.

“Manchester United, Arsenal, Tottenham aren’t even in the Champions League. Have they even got the right to be in there? They’re an absolute joke.

“Time has come now to have independent regulators to stop these clubs from having the power base. Enough is enough.”

FORMER MANCHESTER UNITED MANAGER ALEX FERGUSON
“Talk of a Super League is a move away from 70 years of European club football.

“In my time at United, we played in four Champions League finals and they were always the most special of nights.”

REAL MADRID AND GERMANY MIDFIELDER TONY KROOS:
“Unfortunately we players don’t decide these things. We are just puppets of FIFA and UEFA. If there was a players’ union we wouldn’t play the Nations League or a Spanish Super Cup in Saudi Arabia.

“These competitions are intended to absorb everything financially and squeeze players physically too. Everything doesn’t have to be more, faster and money.”

FORMER ENGLAND STRIKER GARY LINEKER
“(I) Sense this Super League plot will die on its preposterous and avaricious ass.”

FORMER MANCHESTER UNITED AND ENGLAND DEFENDER RIO FERDINAND
“It’s a war on football. Anti-competitiveness goes against everything that football is all about. These people have no idea what football is about.”