Rea: “Most not among the best tracks, but we can’t choose” 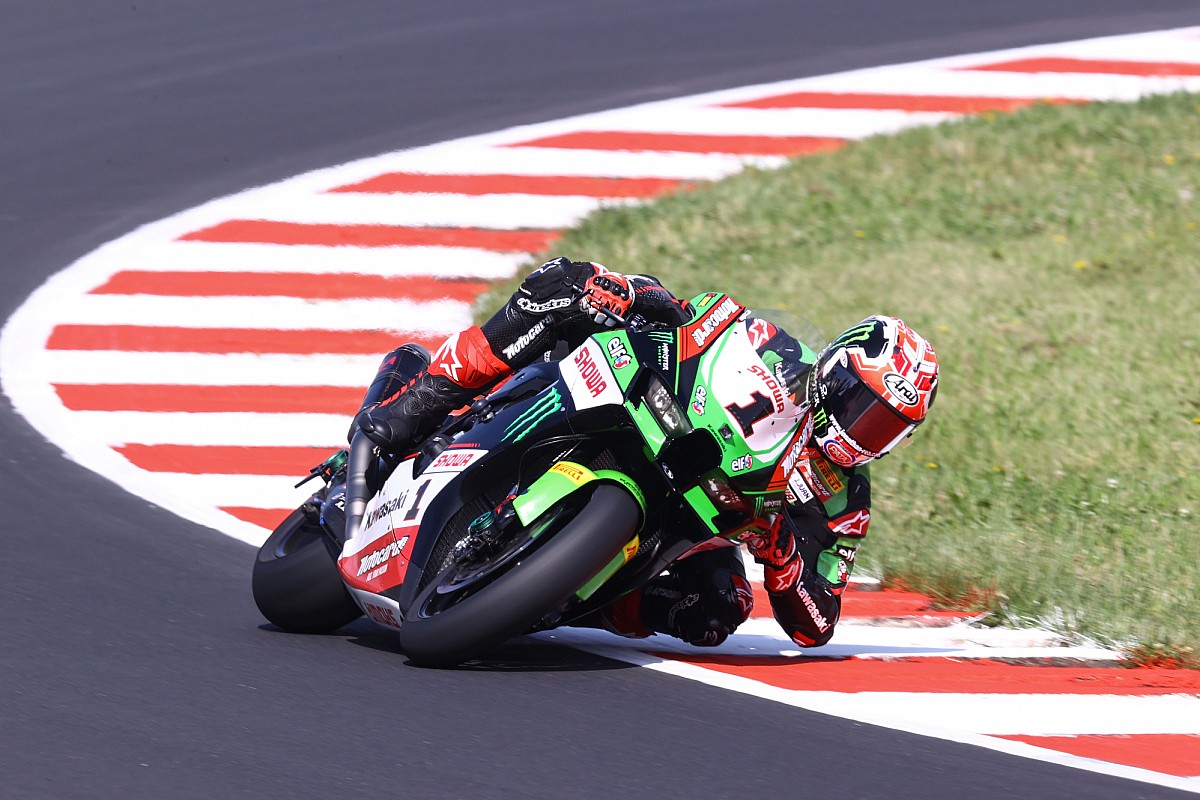 At the center of the attention of the Most round is the track, accused by many riders due to lack of safety. The facility does not meet the standards according to many of the protagonists of the Superbike World Championship and Jonathan Rea also twists his mouth a bit thinking about the choice to insert this Czech track instead of others.

However, unlike his rival Scott Redding, the Kawasaki rider appears calmer and comments on Friday’s free practice session in Most, the sixth round of a world championship that currently sees him as the favorite. Sixth in the morning, he did not take to the track in the afternoon due to the rain that fell on the track. The reigning champion avoided taking risks and already has quite clear ideas on how to face the rest of the weekend with a view to working on the bike: “I had no expectations when I got here, I learned a little about the track and we found a few tricks in some areas. But we were lucky, because FP1 was not interrupted, so we were able to do continued work on the bike. In the second session we had to confirm the work done, but it was raining and we didn’t go out on the track. Overall the day was positive and I was surprised by the feeling with the track ”.

What remains, however, is the controversy over safety standards that are below expectations, according to most of the drivers in the world championship. Rea is certainly not enthusiastic and explains the reasons: “It’s difficult, in the world championship we go to really fantastic tracks, you can’t compare Most with some of the other tracks in the world, but the truth is that we can’t choose where we want to race in Superbike. . If it were up to me, I would do 13 weekends on tracks like Losail, Qatar, or other great tracks, but it’s not possible ”.

“Hats off for the fact that Dorna is trying to put together 13 rounds – continues the Kawasaki rider – but Most for me is not one of the best tracks in the world. But if we want to have 13 rounds, sponsors and keep the show going and we have to come to some tracks, see you. I don’t know what happened in Brno, because for me it is one of the best tracks in the world. I also called my dog ​​this because I won my first Supersport race in Brno. It is truly one of the most beautiful tracks in the world, it is fluid, there is safety. It’s also fantastic for the spectators, it’s the exact opposite of this track ”.

Jonathan Rea is undoubtedly the legend of World Superbike and this weekend coincides with the announcement of the retirement of another legend: Valentino Rossi. For the rider who has won most of all in the production derivatives, a thought about the Doctor is inevitable, who will say goodbye to MotoGP at the end of the season: “It’s very sad. When you think of MotoGP, Vale is an icon. He is MotoGP, it will be a big void to fill. But I think that as a driver it’s always your dream to win a world championship, he has won nine. I hope he gets to the end of the season healthy and happy. I am happy to be a biker in his era, for seeing what he has done. I will remember him for the transition from Honda to Yamaha and he won ”.

LaLiga regulations that have prevented Messi’s renewal with Barcelona