Rea: “I have to accept how things went this weekend” 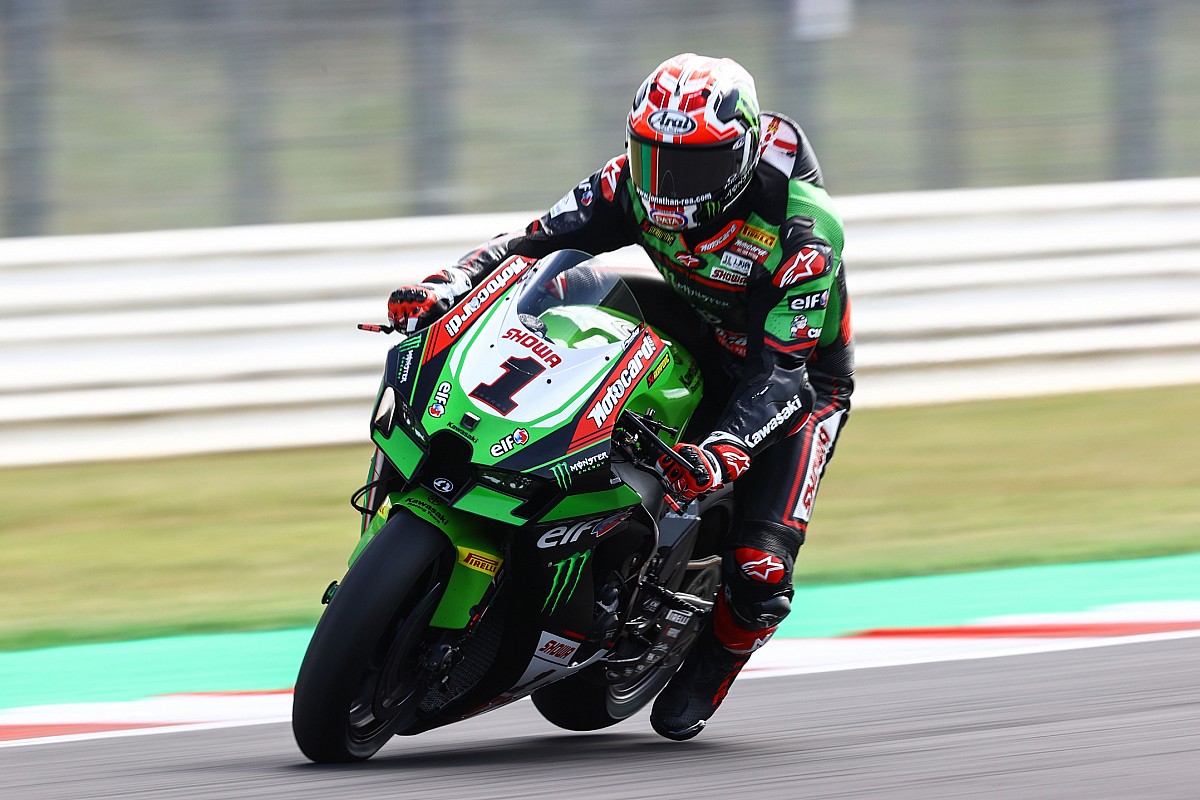 For the first time this season, Jonathan Rea archives a round without winning a race. The reigning world champion collects three third places at Misano, a loot that still keeps him in command of the general classification, but with a very small gap from the second, Toprak Razgatlioglu.

Over the weekend of Rinaldi and the Yamaha rider, Rea collects the maximum he can and limits the damage after an uphill start, in which he lost precious time in the pits due to a problem with his ZX-10RR. In light of the difficulties encountered over the weekend, the Kawasaki rider is satisfied with the results: “I have to accept how things went this weekend. In the first session I had no grip, we limited the damage for the championship. We didn’t throw away any points, I finished where I was supposed to, I did my best and also yesterday I was very lucky, so you have to be happy with that ”.

After yesterday’s great luck, Rea is also happy with the outcome of Race 2, which was also complicated by the tires: “I mounted the harder option, but at a certain point I lacked a bit of stability due to the high temperatures. But I was there and I was fighting to be there, Toprak had a great pace. In one phase of the race Rinaldi was very close to me, but he made some mistakes at the last corner and I thought that maybe I could overtake him at turn one, but he was able to recover ”.

So the main fight was not so much with Razgatlioglu, who took the edge in the final stages, as with Rinaldi, who was always very close to him: “I was there, but in the last three or four laps, after yesterday’s warning, I decided to accept the position. We were close to taking a big gamble with the bike, which might have helped us to have more confidence on the front. But in reality, after gaining in turns 2, 3 and 4 I was penalized in the following turns, where I lost everything I had earned before. I had some warnings, but I managed to check them and eventually take a podium. I’m happy because in any case I think we made the most of the bike. To achieve great results you need to be in harmony with the bike. To look at the way Michael conducted the weekend is impressive ”.

Rea therefore folded first to Rinaldi and then to Razgatlioglu, demonstrating how much an important generational change is taking place in Superbike: “It’s nice, because there are many older guys in the paddock who have a lot of experience. But there are also some very strong kids who come from the lower classes and who deserve to be promoted. Manuel Gonzalez for example is a great talent and deserves to be here. In the case of Superbike, there are Michael and Toprak, who are not kids, but they are certainly part of the new generation and are very talented ”.

Once the Misano round is closed, Superbike will fly to Donington in two weeks, where Rea is determined to re-establish the hierarchy: “Now I can’t wait to get to Donington, where on paper we should go better. I am happy to reach the English round with these three podiums. I think the main thing we missed this weekend was the fact that the bike was very heavy in the direction changes, so I was struggling a lot from Turns 1 to 5. If I was aggressive, the bike moved too much and lost acceleration. But Donington is much smoother, so in the first two sectors we can go fast, because they fit well on our bike. Instead this weekend the two guys in front of me were really stronger ”.