Rea: “A wasted day. We seem distant, but in reality we are “ 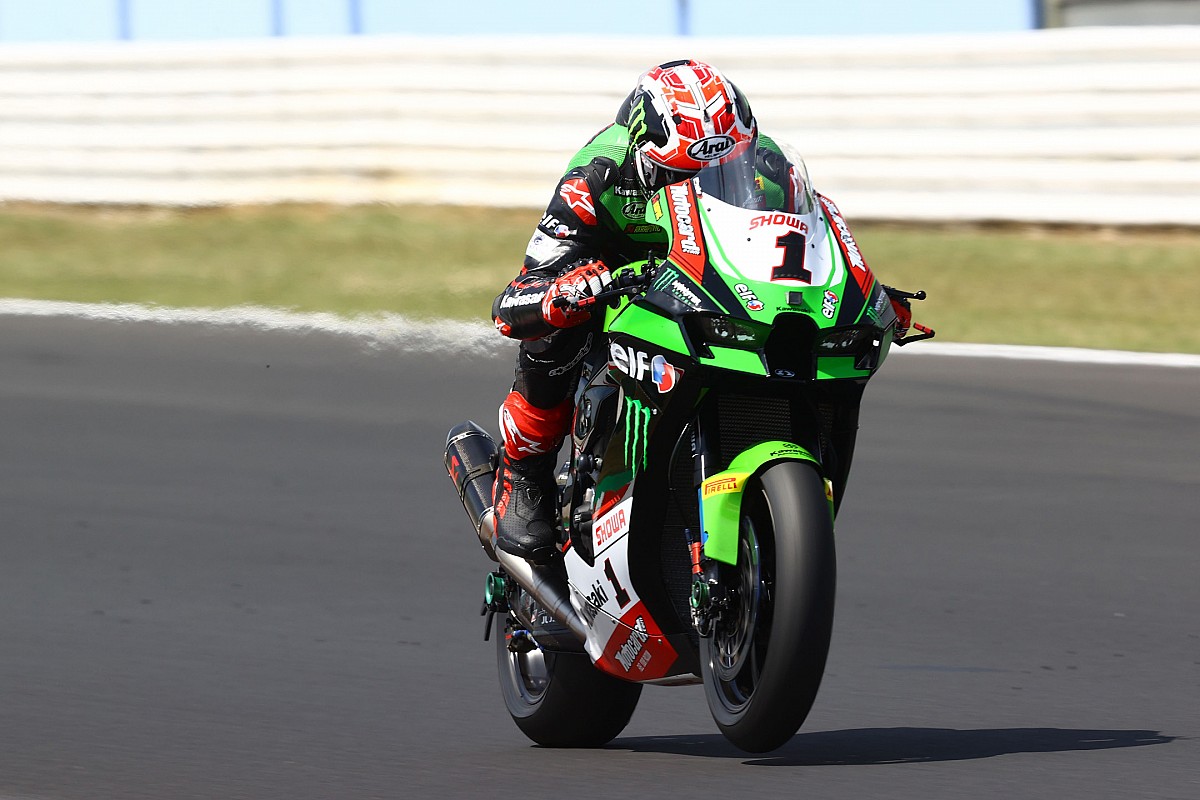 The Misano round of the Superbike World Championship started uphill for Jonathan Rea, who found himself facing a brake problem in the first session. The morning session on the Romagna track was more difficult than expected, with the reigning world champion standing still for most of the time and scoring only 14 laps.

In the afternoon, however, he seems to have found his rhythm, moving from the eighth time in the morning to the third time of the second session, in which we started to review the Rea we know. At the end of the day, the Kawasaki rider explains that the problem that stopped him for most of the morning session was caused by the brakes: “This morning’s free practice was a disaster, I had a problem with the rear brake, I didn’t have it. own. The last time I had a similar problem was in the Barcelona tests, but I don’t know if others have had this type of problem as well. We talk about it with Brembo ”.

“We wasted the first session and in a championship like Superbike you can’t afford to lose a session – Rea continues – Then the guys fixed the bike during the lunch break and in the second session I started to feel better, the pace was coming, I I was amused and I also had the opportunity to understand the new tires ”.

All in all, however, the reigning champion feels that he has not completely wasted the day: “We seem far away, but in reality we are there and we will see what tomorrow will bring us. In fact, in the afternoon I was more constant. Today we threw it away, because we weren’t able to do any work on the setup. I wouldn’t say the day was stressful, because we did well in the second session anyway. In tomorrow’s FP3 we will try something, because we will try something more on turning ”.

“I didn’t see how the others are doing on the pace, only Toprak I saw that he was very constant. I also did a long run in low 35, but he was able to do some 34. He doesn’t know about the pace, but he sure is very fast. Rinaldi is also very fast, but I don’t know anything about Scott ”.

The novelty this weekend is the introduction of the new rear tire, which promises to offer greater performance. Rea tested it and gave his opinion: “It has more potential than the SC0, at least on the lap. The consistency is also approaching, I did 19 laps and in the end I was 35’00. The character is the same, but the difference is that when the SC0 collapses you can still do the lap, but you have to ride the bike differently. Instead, with this new bike we remain more stable in this sense. Pirelli did a good job, even if for me we need to focus more on longevity. Everyone is excited because you go faster with this tire, but for me it should be more about distance. With the new SCX, life seems better. I think I’ll use the new one, I felt good today ”.