RDIF commented on new data from Argentina about “Sputnik V” 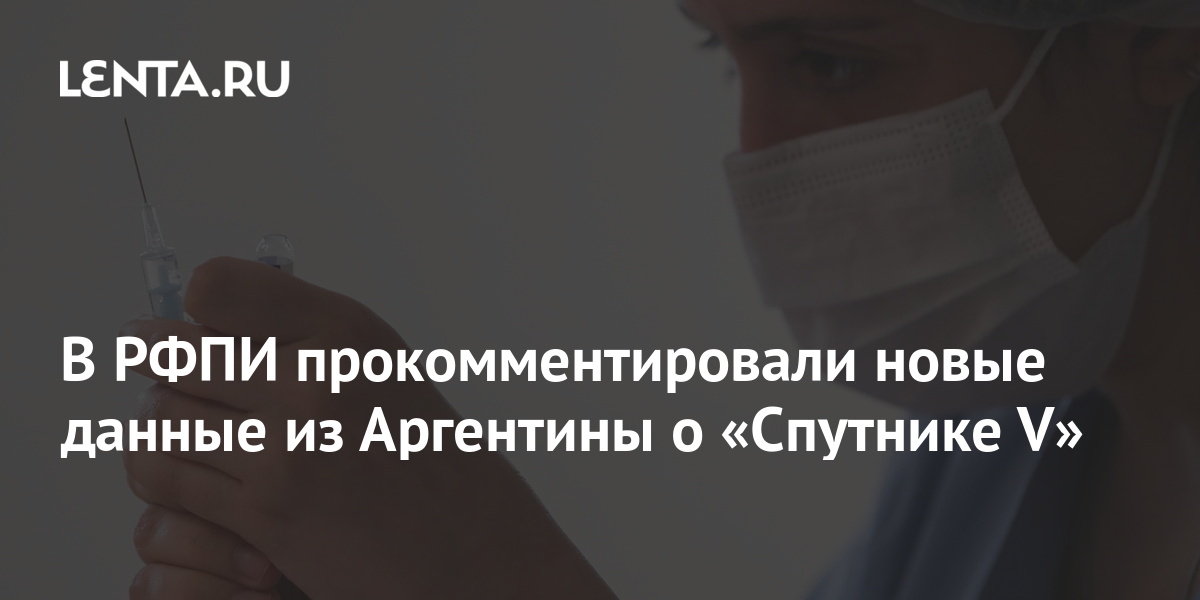 New data from the Ministry of Health of Argentina confirm the highest safety of the Sputnik V vaccine. Cases of serious adverse events requiring hospitalization are extremely rare (only 0.0027 percent of cases). About it it says in the statement of the Russian Direct Investment Fund.

They noted that the Russian drug showed the highest efficiency in countries around the world – in Hungary, Mexico, Serbia, San Marino, the United Arab Emirates, Bahrain and other states. “Thus, data on the actual use of the Russian vaccine in the course of mass vaccination in Mexico showed that of all vaccines used in the country, it is Sputnik V that is distinguished by the maximum safety – its share of adverse events is the lowest,” the Foundation added.

“As noted in a recent publication in the journal Nature, the regulators of the leading countries where Sputnik V is actively used confirm its high efficiency and safety,” the RDIF said.

The Ministry of Health of Argentina has published a report on the progress of vaccination in the country. According to the ministry, in Argentina at the moment vaccination is carried out with three drugs – the Russian “Sputnik V” from the Gamaleya Center, Covishield from the British-Swedish company AstraZeneca and the Chinese Sinopharm. The department notes that the Sputnik V vaccine is the most popular: 6.9 million doses of the drug have already been used in the country.

Earlier on July 7, the scientific journal Nature published an article stating that the Russian Sputnik V vaccine has confirmed its safety and effectiveness. So, the author of the material recalled that the Russian drug is a vaccine based on an adenovirus, that is, it uses a constructed adenovirus as a mechanism for delivering the genetic code of the SARS-CoV-2 spike protein into human cells. Moreover, unlike the AstraZeneca and Johnson & Johnson vaccines, Sputnik V uses different adenoviruses.