Raymond van Barneveld has no problems with World Cup return: “It has to be much better against Rob Cross” 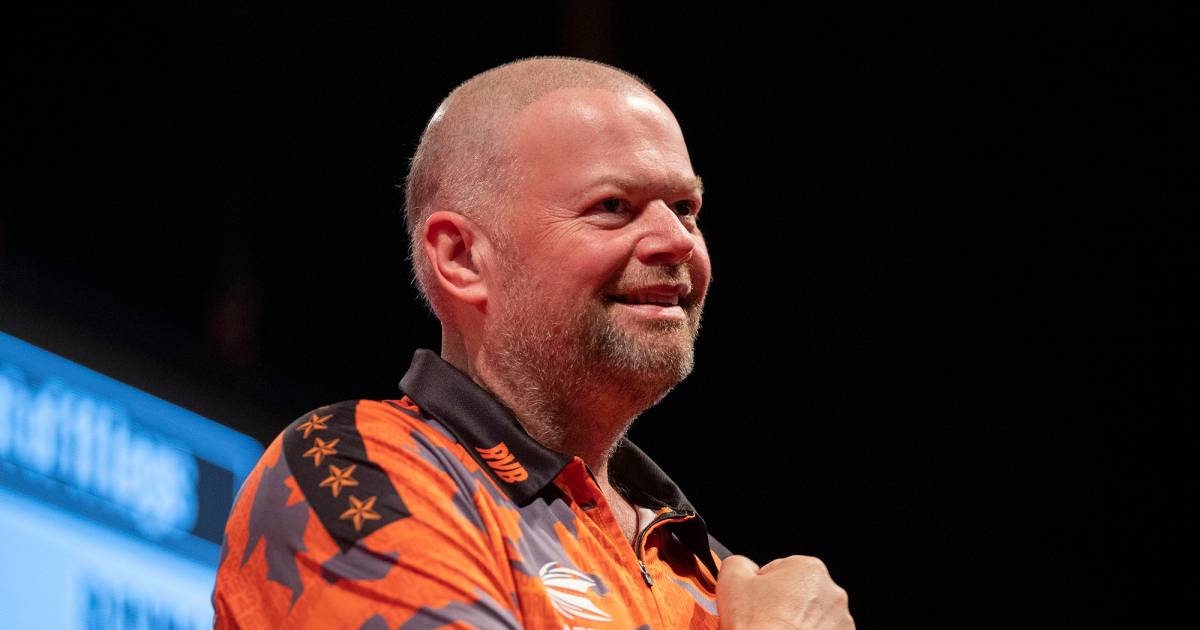 Raymond van Barneveld has crowned his return to the World Cup with a simple victory in the first round. Lourence Ilagan from the Philippines was easily defeated: 3-0.

Supported by the Barney Army Tonight Van Barneveld entered the stage in the Alexandra Palace in London with his characteristic ferocious look – narrowly extending above his black mouth cap. Once there, the Dutchman who was sung to smile could start the match himself.


It’s a fantastic audience, you have to feel it, there’s nothing better

The trouble-free first set turned out to be a harbinger for the remainder of the match, because Van Barneveld played strong, didn’t leave Ilagan a chance and didn’t even give a leg at all in the second set. After two sets, the Dutchman had a 2-0 lead on the board with an excellent average of 97.91, while Ilagan did not go further than an average of about 81 in the first two sets. The man from The Hague also crowned his strong game with a 121 finish on the last leg in the second set.

In the third set Ilagan did take a leg, but that turned out to be a sparse highlight for the 43-year-old darts player from the Philippines, invariably encouraged by a small but fanatic fan club after every dart. Van Barneveld, who spilled a bit on his doubles (9 rake doubles from 25 chances), also won the third set and is therefore in the next round of the World Cup against Rob Cross. ,,Then it has to be much better”, Barney analyzed afterwards at RTL7.

The fact that Van Barneveld immediately gave away a chance to Ilagan in the first leg was not due to the tension, according to him: ,,I wasn’t nervous at all, but he threw a fantastic first leg. He let me enter the game and was a bit lucky. The second set was good, the third – in which I missed a lot of doubles – mediocre. But it was good enough for 3-0,” said the Hagenaar.

Van Barneveld said he played with earplugs, but that could just change against Cross: ,,I’ve been able to get used to the audience a bit lately, but this is different, this is the World Cup. I played with earplugs, but I think I’m going to take them off and get a taste of the atmosphere here. It’s a fantastic audience, you have to feel that, there is nothing better,” said Barney, who was asked about his mouth cap: ,, It’s a crazy mess. You are not allowed by the PDC fist bumps I’m not even allowed to kiss Julia (Van Barneveld’s girlfriend, ed.). You are fit, you feel good and every day you think: should I go out for a while? Want to go to Piccadilly Circus? So no: stay in your room and focus.”

Back from short retirement

Van Barneveld started his 29th (!) World Cup in Alexandra Palace. His first participation, at the time with the BDO, dates back thirty years ago. At the time, the former postman was at the start of his career and was eliminated in the first round. Until today, at three World Cups (in 2000 at BDO and 2011 and 2019 at PDC) he had to pack his bags after the first performance. The last time, the insignificant darts player Darin Young gave Van Barneveld an “unworthy farewell” on December 14 of 2019. After a short retirement, everything is different, he says. He conquered his tour card quite easily at the beginning of this year and even won a floor tournament fairly quickly.

A clash with Cross, the 2018 world champion and reigning European champion, awaits Thursday. He recently had a good general during a demonstration tournament by beating the Brit. “That felt good,” he said. Van Barneveld is out for more in London. ,,I’m not satisfied with a place in the last sixteen, that doesn’t make me happy,” he said in the run-up to the World Cup. “It only starts to get fun with the last four.” He still has a long way to go, but for now, he is fully in the spotlight.

Michael van Gerwen takes measures
Michael van Gerwen’s first plan was initially to return to the Netherlands during the Darts World Cup, but the three-time world champion has decided to stay in London. He will play in the third round next Monday. Read here why.

Mythic Quest is renewed for a third and fourth season

Cars Money is now being poured into new electric car companies, but investor hero Peter Seligson is going to do just the opposite: “Tesla is not a very good car.”