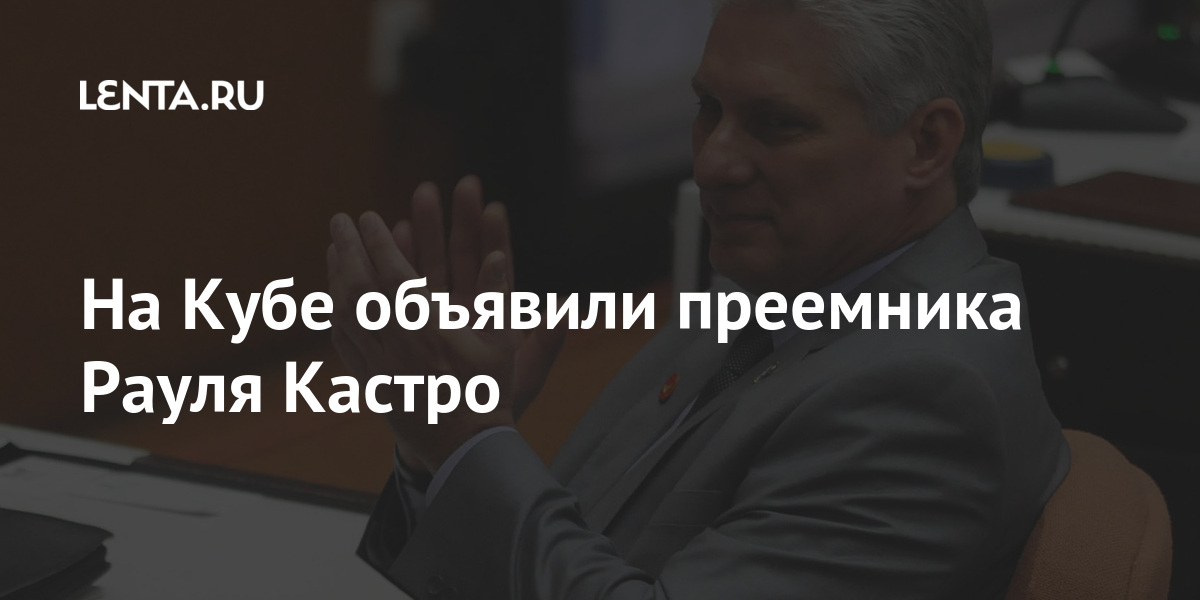 Cuban President Miguel Diaz-Canel was elected first secretary of the Central Committee (CC) of the country’s Communist Party. About it reported on the party website.

Fidel and Raul Castro have ruled Cuba for over 60 years. How does their era end?

Raul Castro leaves politics. How did he and his brother Fidel change Cuba?

The successor to Raul Castro as first secretary of the Central Committee of the Communist Party, as well as members of the committee, was announced at a plenary meeting of the eighth congress of the political association on Monday, April 19, in Havana. Castro himself was present at the event.

It became known on April 16 that Raul Castro was going to leave the post of the first secretary of the Central Committee of the Communist Party. At the same time, it was reported that the 89-year-old politician will continue to influence the political elite.

Thus, in Cuba, the long-term era of the rule of the revolutionaries of the Castro brothers, who came to power in the state in 1959, ends.

Raul Castro is the younger brother of the revolutionary Fidel Castro. He served as head of state from 2008 to 2018. Since 2011, the politician has headed the Central Committee of the Communist Party. After the victory of the revolution in 1959, Raul Castro was Minister of War for 50 years.

The Central Mediterranean, the most dangerous migration route in the world

Markus Lanz tries bizarre introduction to the Aogo scandal, when his own guest pulls him off: “Doesn’t bother me”