Raúl Castro leaves, but will continue to be present in Cuba’s strategic decisions 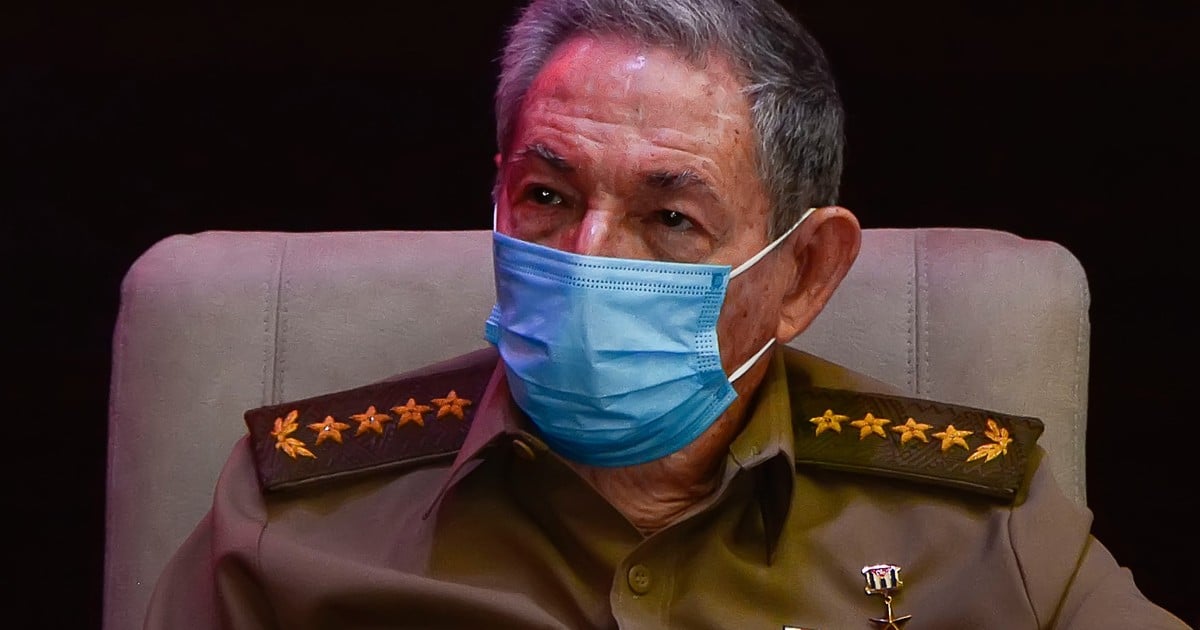 Cuba turned the page after more than six decades with the Castro brothers in power. Raúl Castro, 89 years old, retired this monday, but it will continue to be present in the country’s strategic decisions, in a symbolic transition that maintains the one-party system.

“The strategic decisions of the nation will be consulted with the Army General Raúl Castro Ruz, “said 60-year-old President Miguel Díaz-Canel, elected first secretary of the Communist Party of Cuba (PCC), the country’s highest office.

“The general of the army will continue to be present because it is a reference for any Cuban communist and revolutionary, “added Díaz-Canel, the island’s first civilian leader, in his message at the closing of the eighth congress of the PCC that was held since Friday.

Castro will offer his “guidance and his alert to any error or deficiency, ready to confront imperialism like the first with his rifle, “he added.

The relay is given in the middle of a deep economic crisis due to the coronavirus pandemic and the strengthening of the embargo that the United States has maintained against the island for 60 years.

So far most of the 11.2 million inhabitants He has only met Fidel and Raúl Castro at the head of power.

“Since I was born I have known only one party and until now we live with it, and no one is starving,” says Miguel Gainza, a 58-year-old artisan who works in Old Havana and supports this political system.

Cuba is one of the five countries in the world that maintains the Communist Party as the only one, along with China, Vietnam, Laos and North Korea.

A total of 300 delegates From all over the island they met in Havana in an area with the accesses closed by the police.

While among Cubans there is fatigue due to the shortage and the long lines to get supplies, in this country that imports 80% of what it consumes.

Delegates voted Sunday to elect the Central Committee, made up of 114 members, which appointed the Political Bureau, the top of power in Cuba. This select group was made up of three women and 11 men, with an average age of 61.6 years.

Castro’s departure is accompanied by the retirement of other militants who achieved the triumph of the revolution in 1959 as the second secretary, José Ramón Machado Ventura, 90 years old, and Ramiro Valdés, 88 years old.

Frustrated by lack of opportunities, young people, who often seek to leave the country, express more and more his frustration in social networks, after the arrival in 2018 of the mobile internet.

The government, toseized in the last four years by the toughening of sanctions From Washington, it continues to have ideological combat among its priorities.

“It’s good warn the mercenary lumpen that profits from the fate of all, those who ask for an invasion now, those who continuously offend in words and in fact those who do not rest, that the patience of this people has limits, “said Díaz-Canel, in his message to the congress behind closed doors, the excerpts of which were broadcast delayed by state media.

At the opening of the congress on Friday, Raúl Castro asked to “zealously” care for the unity of the Communist Party and “never accept division” under “false pretenses of greater democracy.”

The single party in Cuba “will always be in the focus of the enemy’s campaigns,” he said.

At the pizzeria where he works with background rap, Luis Enrique Oramas, 30, says that “if they let people say what they thinkIt would be like in other places, (there would be) two and even three games “.

“Faced with the immobility of the (Joe) Biden administration, which has left (Donald) Trump’s policy intact and the challenge of a more connected and transnationalized Cuba, Cuban elites choose to close ranks” and postpone “any internal debate”Arturo López Levy, professor of International Relations at Holy Names University, told AFP.

Activists, artists and intellectuals maintain an intense activity in networks, in a country where the demonstrations are almost non-existent.

While the PCC congress was being held, a score of them denounced being prevented by the police from leaving their homes, according to a tweet published on Saturday by the opposition Movement San Isidro.

Also they said they had been held incommunicado with internet cuts in their homes.

“What are those attending the # 8th Congress afraid of? To spoil their simulation party, “Erika Guevara-Rosas, Americas director at Amnesty International, said on Twitter.

“While patting each other on the back for maintaining his authoritarian regime“he added.

During the congress, the party adopted a resolution to confront political and ideological “subversion”.

Mexico drives away foreign investment except for China