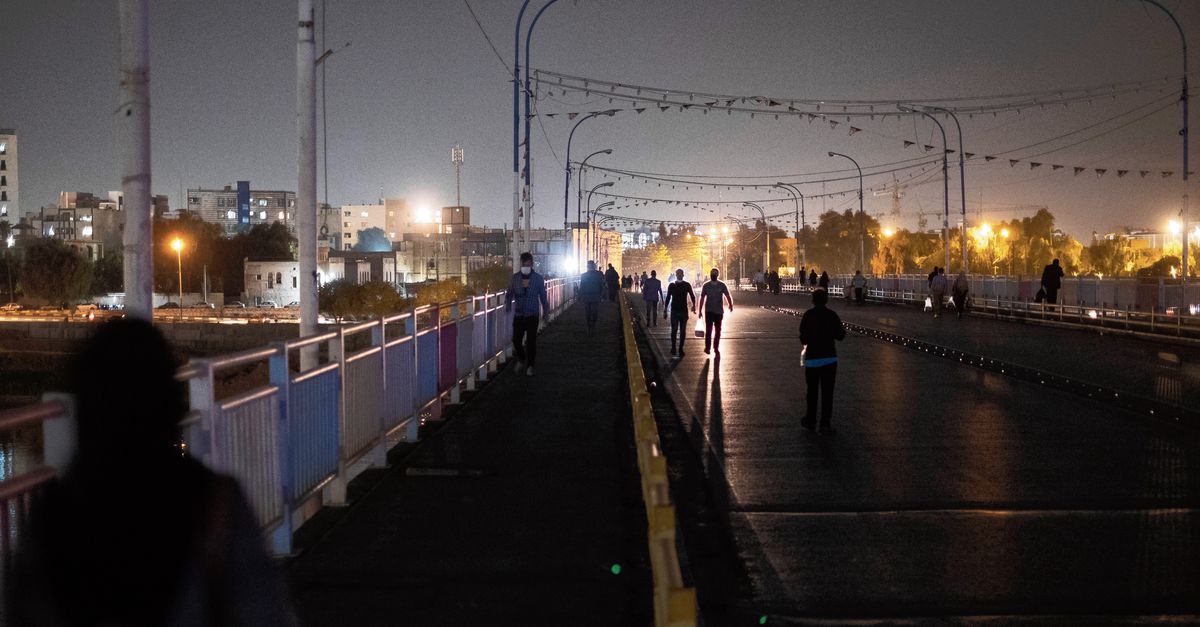 “Sorry for the delay, I just got the internet,” a woman says over the phone from Iran just before midnight. “The regime shuts down the mobile network so the world doesn’t know what’s happening to us.”

The woman in her twenties, university educated but unemployed, speaks from Ahvaz in southwestern Iran, near the Iraqi border. There and in other Iranian cities, demonstrators have been taking to the streets for nearly two weeks to protest against water shortages, mismanagement and political repression. According to the woman, who said she was present at the demonstrations, nine people were killed by police brutality. “The police are firing tear gas and real bullets directly at the people. They also take people out of their homes in the middle of the night.”

Demonstrations in Iran are no exception. The economic situation in the country is dire and people regularly take to the streets out of anger at the regime. But these protests are a first major challenge for new Iranian President Ebrahim Raisi, who took office last month.

The heart of the protests, the province of Khuzestan, has large oil fields and is an important source of income for the Iranian regime. Despite this, the area has long been neglected, in part because of decades of discriminatory policies from Tehran against the Arab-speaking minority in the region.

The summers in Khuzestan are extra unbearable. The mercury regularly rises above 50 degrees, but due to power shortages, few people have access to air conditioning or fans. Iran is currently experiencing its worst drought in 50 years. Many people in Khuzestan, especially in rural areas, are without running water.

According to David Michel, researcher at the Stockholm International Peace Research Institute, this is not just a result of climate change. “Of course that’s the broader context,” he says by phone. “But climate models have been predicting for a long time that it is precisely these areas that will suffer. The fact that things go so wrong is due to poor water management.”

This mismanagement stems mainly from Iran’s urge to be self-sufficient in its food supply. As a result, 92 percent of the water supply goes to agriculture. “Farmers receive subsidized water and are encouraged to grow grain, even in areas where the climate is not suitable for it,” Michel said. “That leads to great waste.”

When shortages subsequently arise, the government often determines which farms and companies are given priority. “Sometimes the water is diverted to areas where there is more support for the regime,” Michel said. “In Iran, water is political.”

The residents of Khuzestan are drawing the short straw, according to the protester in Ahvaz. According to her, the oil and steel industry still gets enough water, but the fields of Arabic-speaking farmers have dried up. “In this way they are trying to chase us away from our homeland.”

A much broader political anger quickly flowed from the call for water. According to the woman, the demonstrators are turning against corruption and discrimination against the Arabic-speaking minority. The demonstrators in Khuzestan received support from protesters in the Iranian provinces of Kurdistan and West Azerbaijan, which are also home to many non-Persian ethnic minorities. There were also demonstrations in the capital Tehran on Monday.

At least 100 protesters in Khuzestan have been arrested so far, said Tara Sepehri Far, Iran’s Human Rights researcher. “We are very concerned about their treatment because we know that detainees are regularly tortured.” Far points to the extreme violence that the Iranian government used in the last mass protests, at the end of 2019. “Of course we are afraid,” says the woman in Ahvaz. “But we would rather die of bullets than of thirst.”

A version of this article also appeared in NRC in the morning of July 27, 2021