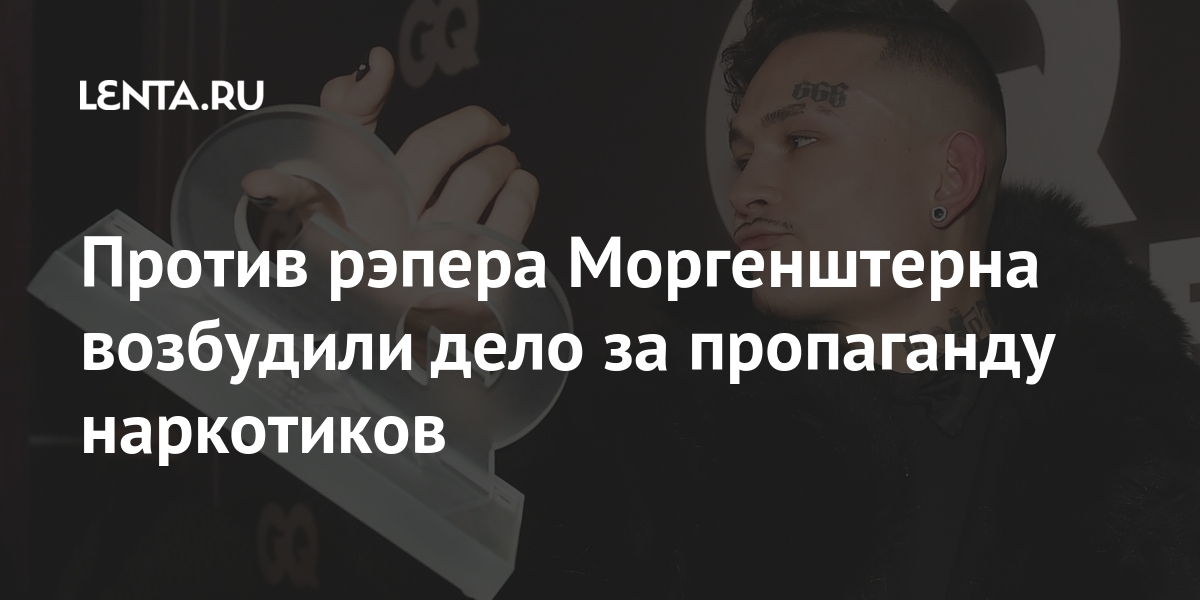 Rapper Morgenshern was suspected of drug propaganda after the release of the clips “Rosé Wine-2” and Family. An administrative case has been initiated, informs TASS…

“UNK GU MVD of Russia in Moscow initiated an administrative case against Morgenstern under Part 1 of Article 6.13 of the Administrative Offenses Code of the Russian Federation (propaganda or illegal advertising of drugs).” – the message says.

The rapper faces a fine of up to one million rubles.

Earlier, LDPR deputy Dmitry Nosov complained about the singer’s clips. According to him, in his songs, the rapper Morgenstern openly promotes drugs, child pornography, encourages girls to take pornographic actions.

“They should report which companies benefited from the subsidies”