Rapper Djigan swam with tigers and was accused of killing 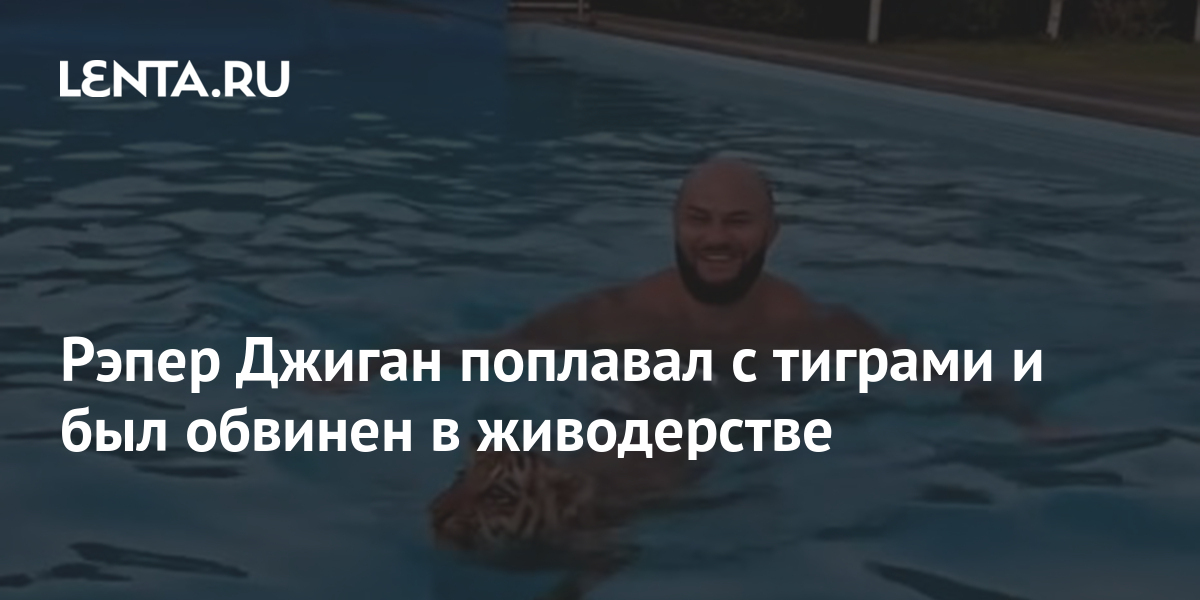 On them you can see how the artist holds tiger cubs in his arms, and also swims with them in the pool, where his children are. In another video, the musician is resting on a lounger with wild animals and his wife Oksana Samoilova.

The daughter of the singer Valeria Anna Shulgina, who performs under the pseudonym SHENA, criticized Djigan’s “immoral” behavior, calling his posts “slaughter to sweet music.” IN Instagram-stories she was outraged by the cult of wild animals at home.

“I am sure that our stars and Instagram bloggers, most of them do not even think that this is such a business. And they think: “Well, now we are not hitting this kitten, tiger cub or anyone, then everything is fine.” They just don’t know how it works, ”Shulgina said.

She noted that as part of the school curriculum, people should be told how to contact animals in an urban environment. The performer was surprised that Dzhigan and Samoilova did not want to understand the issue and admit their mistakes.