Ramzan Kadyrov courted Aslan Maskhadov at the age of 16 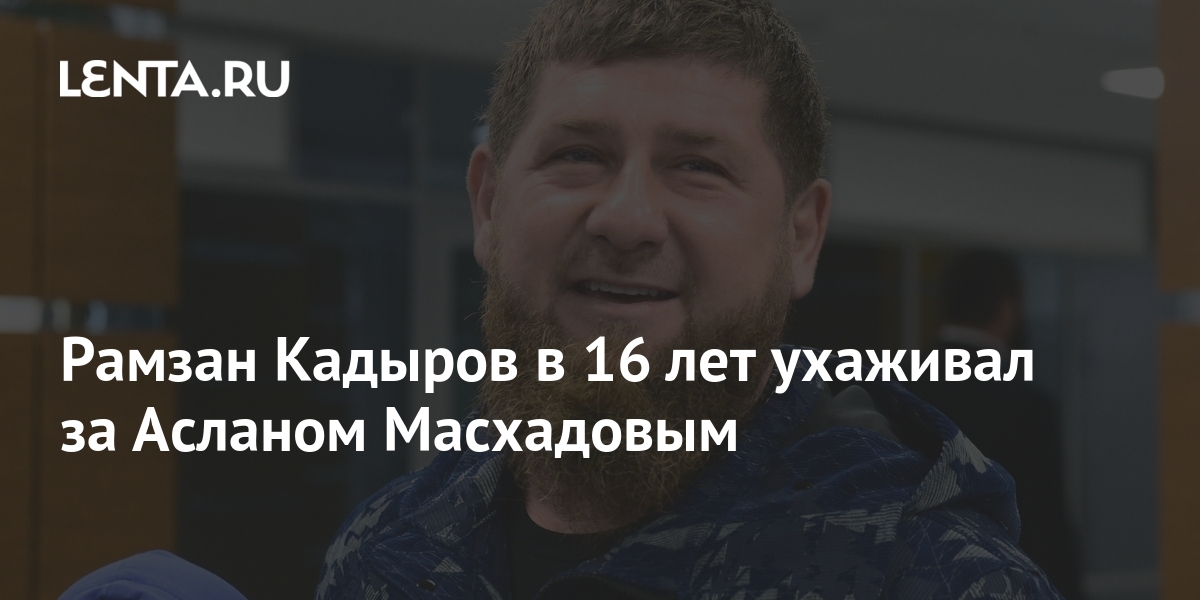 The head of Chechnya, Ramzan Kadyrov, during a meeting with former officials of the self-proclaimed Chechen Republic of Ichkeria (CRI), recalled that at the age of 16 he courted the ex-president of the CRI Aslan Maskhadov, who at that time was a high-ranking military leader of the CRI. The video of the five-hour chat is posted on Youtube-channel CHGTRK “Grozny”, translation of the Chechen language leads “Caucasus. Realities” (included by the Ministry of Justice in the register of organizations performing the functions of a foreign agent).

According to Kadyrov, Maskhadov’s son Anzor, who currently lives in Norway and criticizes the Chechen authorities, his father was not around during his illness. “I came home to Anzor and said:“ What are you doing? It was I who pulled him out of the house, ”Kadyrov said about the events of 29 years ago.

During the same conversation, the head of Chechnya recalled that his father Akhmat Kadyrov in the 90s prevented an attempt on Maskhadov’s life, allegedly organized by the first president of CRI, Dzhokhar Dudayev. Kadyrov Sr., according to the head of the region, gathered the perpetrators of the planned attack and threatened to expose them.

In 1992, Ramzan Kadyrov graduated from school in his native village. During the first Chechen campaign – in 1994-1996 – he and his father fought against the Russian army in the ranks of the Chechen separatists. In 1996, Kadyrov Jr. became an assistant and personal bodyguard to his father, who at that time was the mufti of Ichkeria.

During the first Chechen campaign, Aslan Maskhadov headed the main headquarters of the republic’s armed forces. In 1997 he was elected President of Ichkeria. Two years later, he advocated the creation of an Islamic state in Chechnya and signed a decree introducing Sharia rule. The second Chechen war broke out shortly thereafter. Maskhadov was liquidated on March 8, 2005 during a special operation carried out by officers of the FSB Special Forces Center in the village of Tolstoy-Yurt, where he was hiding in a bunker.