Ramos .. “The adventure” ended with the “Real”! 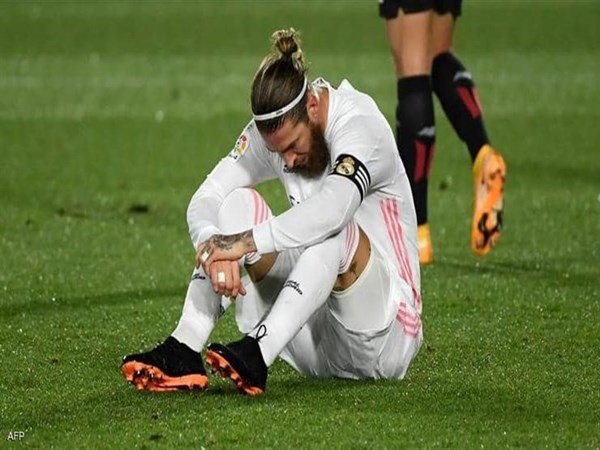 According to news from Spain, Sergio Ramos, the center of Real Madrid’s defense and the captain of the team, has apparently decided not to continue his adventure with the royal club.
Ramos’ contract expires next summer, after 16 years of sincere service, and it seems that the “Merengue” captain decided to take up the new challenge elsewhere.
“El Largero” newspaper, which reported this news, stated that the world champion, who was crowned with Spain in the 2010 World Cup, decided his choice regarding the future destination, but he did not disclose which team he will play for.

Ramos, a solid Andalusian defender, had long negotiated with his club in order to renew his contract, but the two parties did not reach an agreement regarding financial matters in the contract, in terms of salary, as well as the number of years.

After waiting so long for a better show, he became desperate and bored, and apparently decided to take the new challenge elsewhere.
Ramos’ name has been mentioned in recent months in Manchester United and Paris Saint-Germain, but neither of these two clubs has made a tangible offer, although Ramwas, who will be permanently free next June, has the right to agree with any team since last January.
Ramos played 845 games with the “Royal”, scored 124 goals, and is the fourth player in the club’s history, in terms of the number of matches, after Raul, Iker Casillas and Manolo Sanchez.
It is noteworthy that Ramos has not been ready to play since last March, due to various muscle problems and injuries, and he has also been infected with the Corona virus this season, and has missed 28 matches for his team in various competitions.

Hackers shut down Colombian army website over crackdown on protests