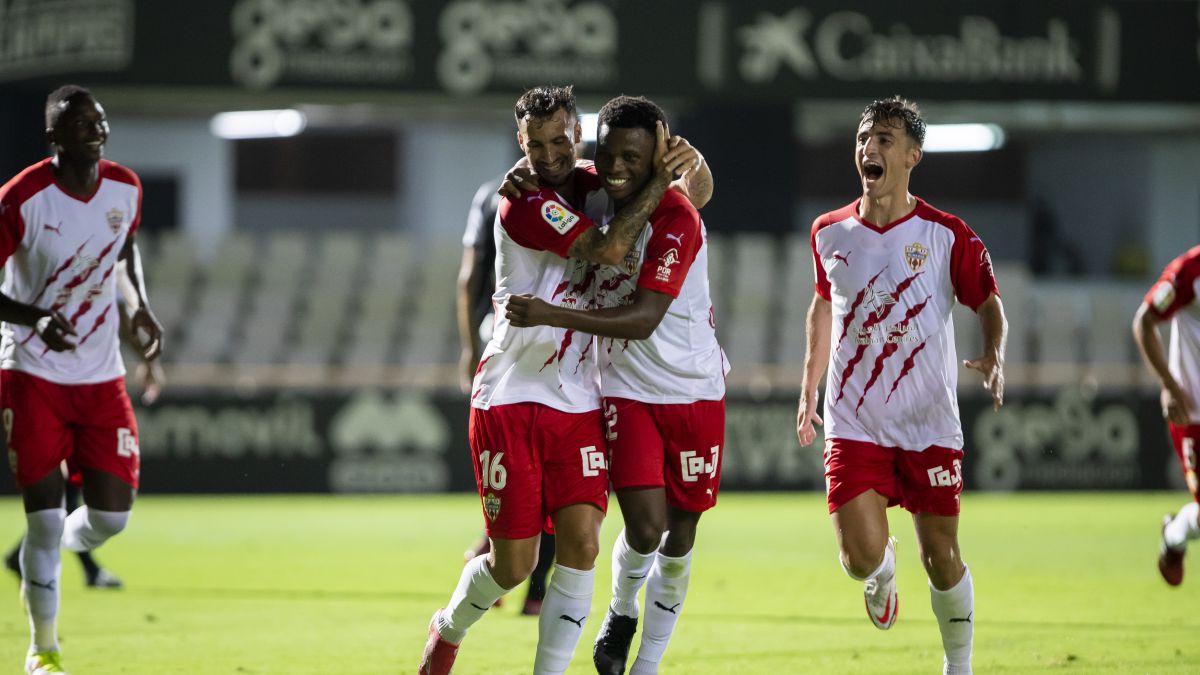 The UD Almería ends the opening day as leader of the Second Division after the triumph harvested in Cartagonova. Rubi’s showed that they are a clear candidate for promotion in a match that they dominated practically from start to finish, without going through great difficulties to leave with the three points of the port city. Yes indeed, the serious failures in the rear of FC Cartagena helped and much to such a comfortable victory for the Andalusians.

Even if the first notice of the crash was local, through Cayarga, the UD Almería was comfortable at all times, especially in offensive tasks. Lazo, Ramazani and Sadiq were a nightmare for one defending what was shown insecure from the start and that he made mistakes that cost all three points. After the occasion of Cayarga, visitor arrivals waterfall disrupted by Marc Martinez. First against a distant shot from Lazo; after, taking out on goal line a Samu header; and the last with a focused shot from Ramazani.

Of the Carrión’s pupils, little more that attempts Cayarga, because Rubén Castro hardly appeared. The double pivot Tejera – Bodiger was shipwrecked and was reflected in the 0-1. Serious error in the exit of the ball of Bodiger, which yielded to Lazo in three quarters of the field. The winger took advantage of the gift and, at the first touch, left Sadiq in a heads-up with Marc Martínez to make it 0-1.

The goal did not change the dynamics of the crash, which was maintained. Marc Martínez reappeared to deflect a foul executed by Lazo. Where could not do anything the Catalan goal was to avoid the 0-2, a real goal from Ramazani. Yes indeed, ‘served on a tray’ by Delmás after a bad clearance from the side. For it was possible to put the thing before the rest, but the 0-3 of Sadiq did not go up to the marker by offside.

Turn after the break

FC Cartagena improved after the dressing room. Gallar’s entry, which was not for 90 ‘, gave another air to Luis Carrión’s painting. It did not take long to show that he will be a key man in the cabinets. From a corner kick, he put a perfect ball so that Luna, from the front beat Fernando. The whole second half was ahead.

Now the ball was more in the part of the rojiblanco field, but without chances for the locals. What’s more, the one that arrived with danger, in counterattacks, was UD Almería. Lazo ran into Marc Martínez again, but shortly after, After rejecting the goal another shot from the visitor, Ramazani took advantage of the loose ball to make it 1-3.

Until the end, options on both sides, but with a greater sense of danger for visitors. Lazo, Sadiq and Ramazani were able to increase the rent as well as Ortuño reduce the difference.