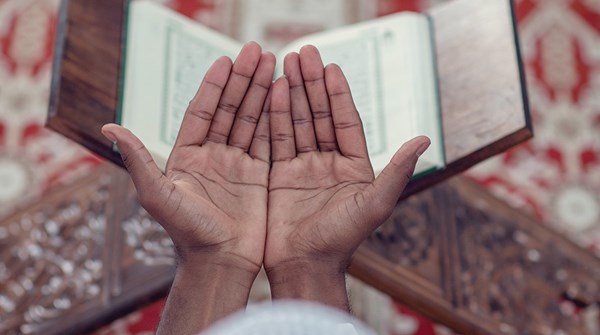 The General Authority for Islamic Affairs and Endowments called on the fasting people to seize the month of Ramadan, by reading the Qur’an, the best thing for those who fast during this blessed month, while contemplating its meanings. As Muslims live a glorious memory in Ramadan, which is the revelation of this great Qur’an, the Almighty said: (The month of Ramadan in which the Qur’an was revealed is a guidance for people and evidences from the Qur’an and the time of guidance, and in the time of Ramadan, and in which we begin to set forth.) ).
She explained, through its various channels and lessons, that the Qur’an was sent down one sentence from the preserved Tablet to the House of Glory from the lower Heaven on that night, then an astrologer (separated) was descended on the heart of the Prophet – may God bless him and grant him peace – in twenty-three years, which is the duration of the message. If its descent was in Ramadan, then it should have the greatest share of care and attention, and the Prophet – may God bless him and grant him peace – used to present the Qur’an in Ramadan to Gabriel – upon him be peace – so the Qur’an was studying it.
And Ibn Abbas, may Allah be pleased with them, he said: «The Messenger of Allah peace be upon him, the finest people, and was the most generous in Ramadan when Jibreel met him, and would meet him every night and revise the Qur’aan» was God’s peace be upon him Ramadan nights are related to his study of the Qur’an, and this is evidence of the importance and importance of reading the Qur’an during Ramadan.
The righteous people realized the merit of that, because when Ramadan came, they would leave all work and stop all work. Rather, even about learning circles. The mercy of God – the imam of the Dar al-Hijrah – when Ramadan comes, he leaves the councils of knowledge except for the councils of the Qur’an, and leaves all books, except for one book, which is the book of God. He is cut off from recitation and meditation. And he says: If Ramadan comes, it is a recitation of the Qur’an. Al-Aswad Bin Yazid Al-Nakha’i used to complete the Qur’an in Ramadan every two nights.
Likewise, Imam Al-Shafi’i, for his tongue was not detached from reading the Qur’an in the month of Ramadan, so you would only see it following the Book of God. Hearts are filled with faith and tranquility, and souls are filled with joy and tranquility.
Ramadan and the Qur’an share the intercession of the Day of Resurrection, he says prayers and peace, narrated from Abdullah ibn Amr: that the Messenger of Allah, peace be upon him said: «Fasting and the Quran Ishvaan of the Day of Resurrection, says fasting: O Lord, prevented him food and desires during the day, so let me intercede in it And the Qur’an says: I prevented him from sleeping at night, so he interceded for me in it. He said: “And he will intercede.” And he, peace and blessings be upon him, says: “Read the Qur’an, for the Day of Resurrection comes as an intercessor for its companions.”
God has arranged the Almighty to read a reward generous and paid very much, the Messenger of Allah peace be upon him: «Whoever reads a letter from the book of God has its good and good ten-fold, do not say pain character, but a thousand letters L and M characters» means: Three Letters are considered thirty good deeds, and this is something the number of which only God Almighty is aware of, as the reward is doubled in the month of Ramadan.
So congratulations to everyone who recites the Qur’an, and congratulations to every house in which the Qur’an is read, and congratulations to everyone who invests the times of Ramadan by drawing closer to God Almighty for reading, deed and pondering. Ramadan has the right to be glorified and invested, and for a month like this one to read the Qur’an and ponder, Ramadan collects the good from its extremities, its supplications are heard, and the best of it is collected, and his work is raised. So he won the most prestigious positions and ranks, and won the most prestigious houses and proximity.

A man was expelled from his sister's house, according to a court ruling