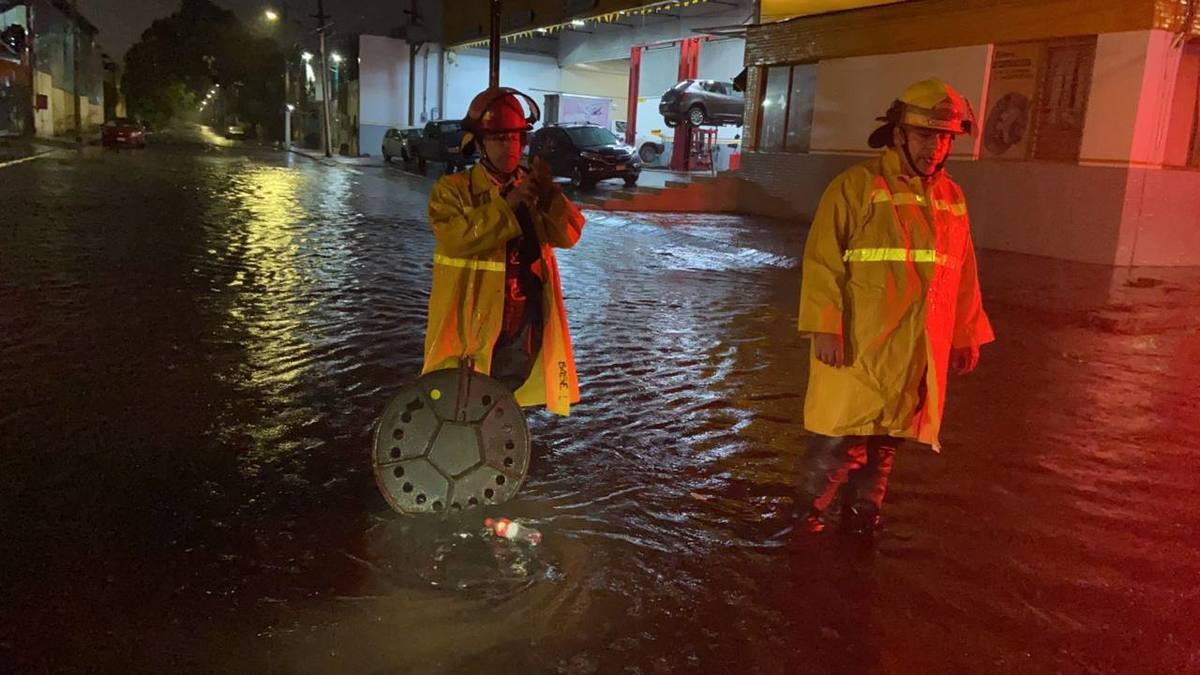 The rain this Monday night left a series of effects in the metropolitan area of Guadalajara, where municipal firefighters had to provide support.

With a lot of lightning and thunder, the metropolis lit up on Monday night and early Tuesday morning.

With Arcos avenue roundabout at the intersection with Niños Héroes avenue in the municipality of Guadalajara practically flooded, a car was stranded because the water reached a meter and a half in height.

At the intersection of Colón and Isla Pantenaria a 70-centimeter amount of water was recorded on public roads.

It was indicated by the Civil Protection and Firefighters of Guadalajara that the Dean’s regulating vessel reached 40 percent capacity. At the corner of Gobernador Curiel and Escultura the water reached 1 meter in height.