Raikkonen: ‘I have to work hard to stay ahead of Giovinazzi’ 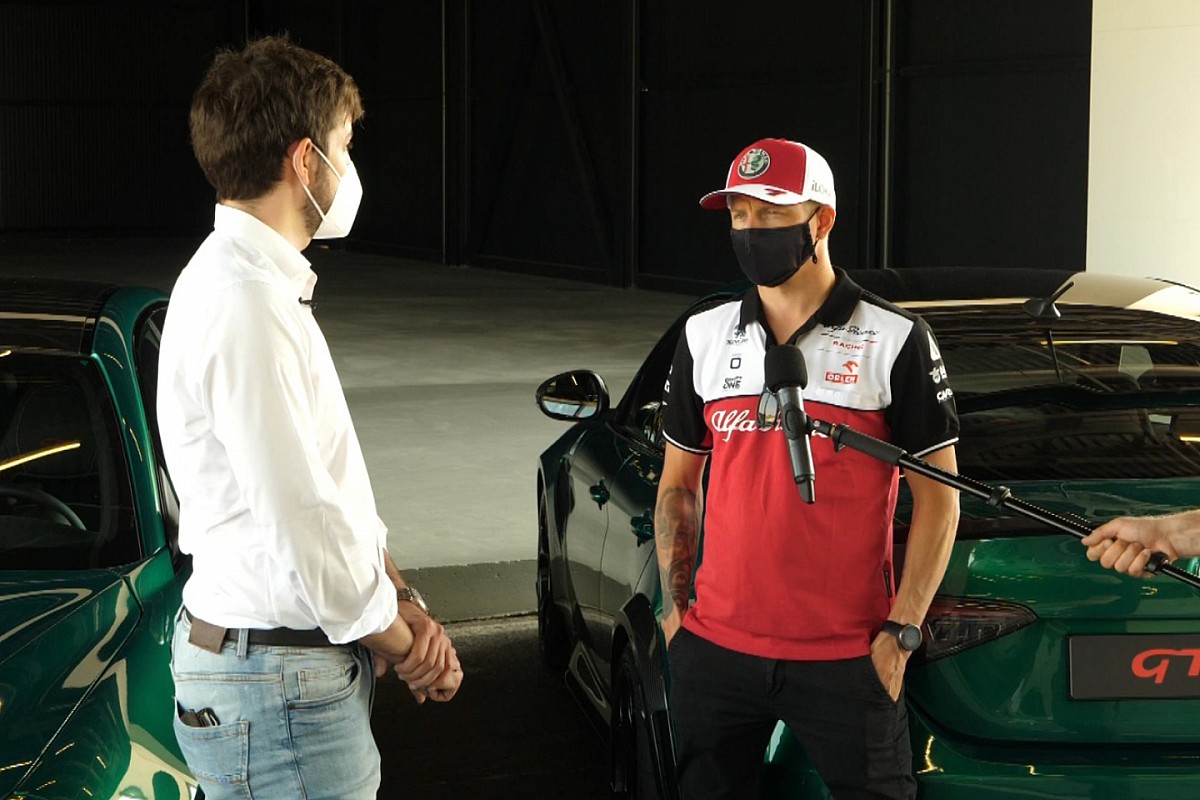 A very hot day in late spring welcomes us to Balocco, where Kimi Raikkonen is carrying out tests at the wheel of the new Alfa Romeo Giulia in the GTA and GTAm versions. He smiles when he gets out of the car. And if even he lets himself go in this expression, one must bet on the goodness of the project. But having the possibility of a chat with Raikkonen is a situation to be exploited to the full, aware of the pearls that can be given away at any moment.

2021, to date, has not been his best year since he returned to take on the role of the Hinwil-based team rider. In Alfa Romeo this season, Antonio Giovinazzi’s growth has been explosive: the Italian is often faster than Kimi in qualifying, with results that – in the race – have not found the right conversion due to bad luck or inattention. And Raikkonen knows this.

“We have known Antonio for a couple of years, he was the third driver or test driver at the time I was in Ferrari”, Iceman reveals to me. “We have a good relationship, he is very fast – especially in qualifying – so I have to work hard! There is a really good friendship.”

Kimi’s debut in Formula 1 dates back to twenty years ago. John Paul II was still pope, the Lira was still circulating in Italy and the Internet was not a tool for everyone. Some of the drivers who are currently alongside him on the grid were not even crawling or still not going to school. And finding someone who looks like him is quite a feat.

“Now everything is different than when I started: I had little experience with racing cars. Today the guys are more experienced with the minor formulas, thanks to Formula 2 and Formula 3. I have taken a big step from Formula Renault to Formula 1: sport has changed “.

“I am still the same, I am just a little bit older. Life changes you in different ways and you experience. Sometimes they are positive, others less so. I try to do my best, always, and life goes on.”

With the weekend ahead, the first Formula 1 hat-trick of the season opens, with the circus busy at Paul Ricard and the double race at the Red Bull Ring over the next three weekends.

In France, during this period, it can be very hot. We’ve done some testing in the past and it was tough on the tires and everything. Two years ago we did well, so let’s see what happens. Then we will have two races in Austria: let’s try to enjoy the situation, it’s a nice place to go, I always have fun. The season certainly could have started better. We have scored a couple of points but we have lost others on other occasions. We are always close to the top 10, in eleventh or twelfth position. We need to improve ourselves even more to be closer to the fight. Obviously everything changes in relation to the track, some are better suited to us. We still need some speed to be among the cars constantly fighting for points, we hope to be happy this weekend also on Sunday afternoon “.

At the moment, there is still no news about a possible renewal of Kimi with Alfa Romeo. And he himself does not offer elucidations in one sense or another in this regard.

“There is no difference from last year. We are in the same situation, we will see what happens. At the moment I want to do what I enjoy, keep fit and see what the future holds. I don’t know where I will be in five or ten years. , if I will have a role as Team Principal or as Advisor: at the moment I would say no, but you never know “.

Parked behind him are the latest models from Alfa Romeo: a Giulia in the GTA version and a GTAm.
“They are both road cars, there is not too much difference between one and the other, except for the spoiler, some front splitter. One has five seats, the other has a roll cage and two racing seats. It makes it lighter. In terms of driving sensations, there is not too much difference: you can go there to shop, wherever you want with your family, on the beach … And obviously go and have fun on the track. racing car made and finished for us drivers, who pay attention to all the details, but it is a car that you can use every day and to have fun on the track “.

Those who have the opportunity to follow Kimi on social media enjoy the insight into a man who likes to live in the family and for the family. And, above all, of a little Robin Raikkonen passionate about engines, from two to four wheels. Seeing him in Formula 1, after the various dynasties that have followed one another in recent times, could be a more than interesting situation.

“It’s hard to say if having your father as a coach is the absolute best thing or not. At the moment he enjoys shooting once or twice a week, other times he doesn’t even train. At the moment he wants to have fun, but who knows what’s going to happen. in the future”.