Raikkonen curries Alfa Romeo: ‘We have to wake up!’ 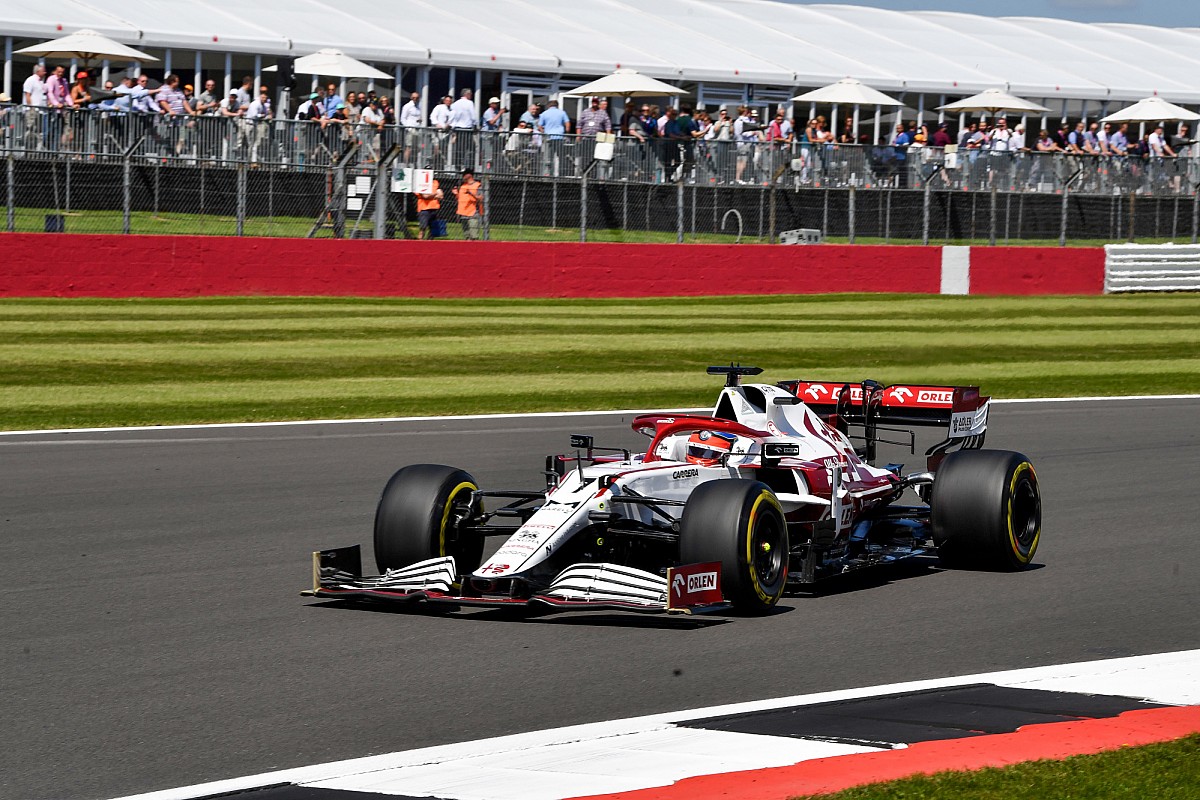 For Kimi Raikkonen and Alfa Romeo the Silverstone GP was stingy with satisfactions. The Finn closed the qualifying session on Friday with the seventeenth fastest time, thus being eliminated directly in Q1, and on Saturday during the Sprint Qualifying, he managed to climb up to earn the right to start on Sunday from the thirteenth box.

In the race, however, Kimi was unable to continue in this comeback and was forced to close in an anonymous fifteenth place outside the points zone.

The 2007 world champion has so far collected only one point in the championship, as has his teammate Antonio Giovinazzi. A result that left a bad taste in the mouth especially considering how good Alfa Romeo had shown in the tests in Bahrain.

The Hinwill team has stopped developing the 2021 car for a few weeks already, but despite this Raikkonen asked the team to wake up.

Kimi was able to fight on equal terms with Sergio Perez’s Red Bull from the back of the grid, but was unable to make it into the top 10.

“It is impossible to fight against them. We can try to duel with the other cars, but we have to wake up and try to do something ”.

“We knew that Silverstone was not going to be an easy race for us. After the start things went well, but as the race went on I started to check the rear-view mirrors more and more ”.

“We tried to fight, but it wasn’t enough. Perhaps more favorable leads will come, but who can say? ”.

Kimi was also the protagonist of a contact with Perez and he recounted the episode from his point of view: “During the race I was fighting with him. Obviously he had a much faster car, but I managed to keep him behind me for quite some time ”.

“We covered some corners side by side, but maybe he didn’t see me and I turned around. That’s all. Anyway it was nice to fight for the points. Finishing eleventh or twelfth would not have helped us ”.

Track engineer Xevi Pujolar was the one who admitted Alfa Romeo’s suffering in the race. The Spaniard said the cars lack the pace that would allow them to aim for points on a regular basis.

“We knew that the fight for points would be close, and if something had happened in the top positions we would have had our chance. Unfortunately we missed it ”.

“We have adopted an aggressive strategy with Kimi, making him enter the pits very early, but we still lack a bit of pace to be able to score points”.