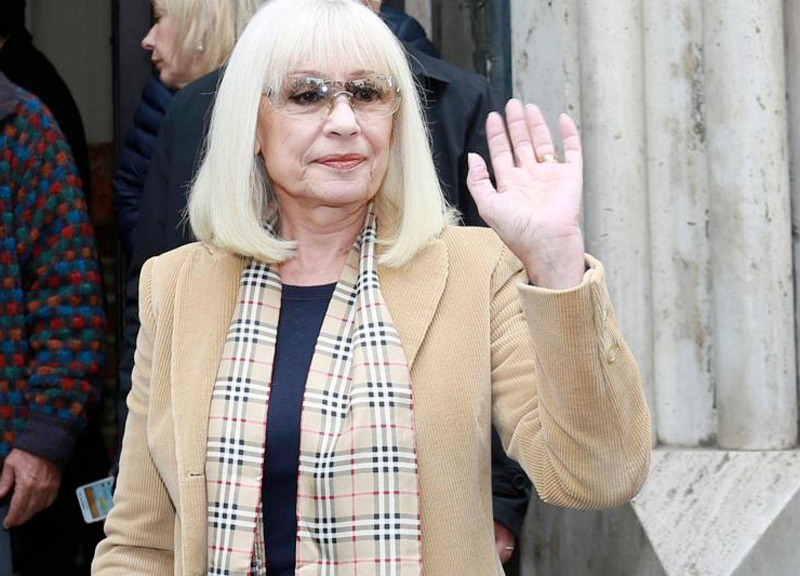 Passing through various symbolic places of the Rai career of the “Queen of TV”, and then arriving as its final destination in the Capitol, in the Promoteca room, where the funeral home is set up, the procession saw hundreds, if not thousands, of eager people to say goodbye to the showgirl. The chamber will remain open until the funeral begins.

The funeral procession for the disappearance of Raffaella Carrà (stage name of Raffaella Maria Roberta Pelloni) started from the subrette house in the Vigna Clara district, near North Rome. Raffaella’s coffin, before arriving in Capitol where the funeral will take place, he went through Rome, making a “pilgrimage” passing through all the symbolic places of his career at the Rai. From the Auditorium of the Foro Italico to the Rai headquarters in Via Teulada 66, from the Teatro delle Vittorie to the headquarters in Viale Mazzini 14, up to the Protomoteca Room where the funeral home is set up.

Upon arrival of the coffin in Campidoglio square, the Roman mayor Virginia Raggi accompanied the former companion of the “Queen of TV” to the Promoteca room, Sergio Japino, together with family members. In the room there is always the “soundtrack” of Carrà’s career with the acronyms of her symbolic programs, as well as a series of photos that scrolls across a screen where she is portrayed in various stages of her career. There burial chamber, remained set up from 08.00 until 12.00 and from 18.00 until midnight, will be closed around 12 on Friday, before the funeral takes place. The final farewell to the artist born in Bologna, but Roman by adoption, will be held at the suggestive Church of Santa Maria in Ara Coeli, also in Piazza del Campidoglio.

To accompany the huge avalanche of messages via the web, the statements of various personalities from the world of entertainment and not could not be missing. From Laura Pausini, who on social media asks to dedicate a day of national mourning to her, to the request that came from both Milly Carlucci that by Giulio Rapetti (Mogol) to name the Rai Auditorium of the Foro Italico after her. But that is not all. The greetings for Raffaella Carrà also continue outside Italy: in Argentina a video has gone viral (it already has over half a million views), relaunched by the television and radio presenter Javi Fernandez, in which ordinary people are filmed dancing and singing to the rhythm of “Fiesta ”.