Radiography of the Instituto Patria: expenses, courses and the assets of Cristina Kirchner’s bunker 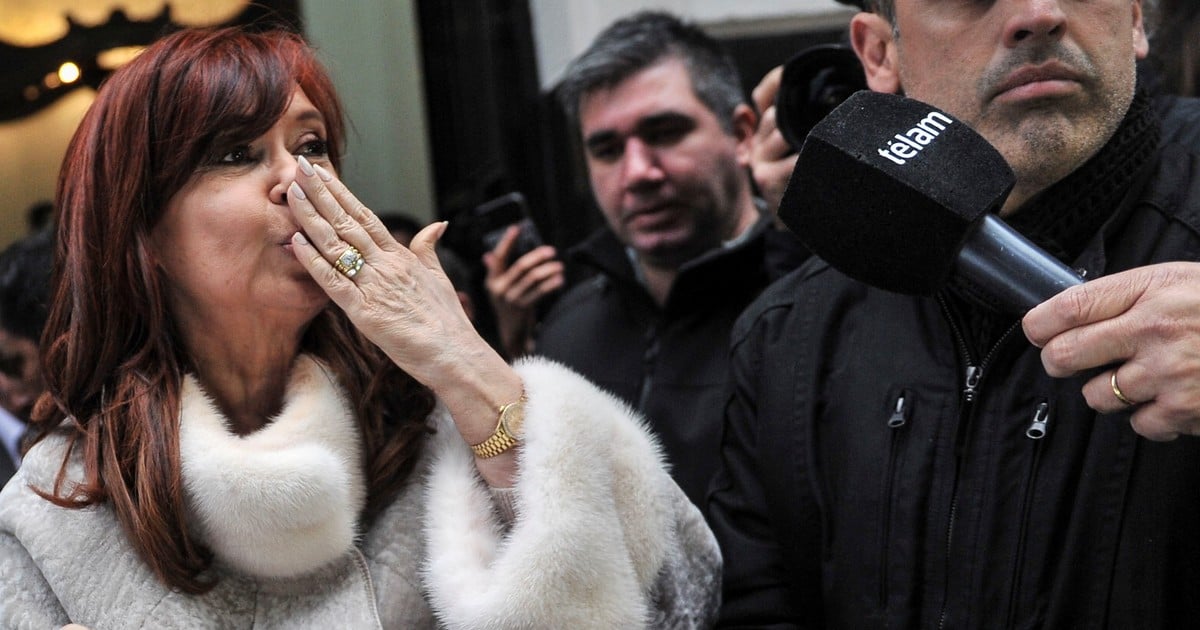 The 66 pages of the balance sheet bear the signature of Oscar Parrilli and they explain the numbers of the Instituto Patria, Cristina Kirchner’s bunker. The document is a kind of X-ray of the headquarters of Kirchnerism from where political training courses are given, the militancy is prepared and even the vice president has her office.

According to the report presented to the General Inspectorate of Justice (IGJ) chaired by Ricardo Nissen -who was until 2019 the attorney-in-fact for the Kirchner family- the “Homeland”, as the militants call it, during 2020 raised more than $ 2 million in training courses, about $ 5 million in social contributions and pays a monthly rent of $ 361.85, in addition to allocating another $ 100,000 to Radio del Patria, the Institute’s signal, among other expenses and income.

“The activities of the Instituto Patria in 2020 were marked by two novel situations: the assumption, on December 10, 2019, of the government headed by comrade Alberto Fernández as president and Cristina Fernández de Kirchner as vice president, and an unexpected pandemic scenario. ”Says the first paragraph of the report presented to the IGJ and signed by Parrilli.

Cristina Kirchner on the balcony of the Instituto Patria.

The space called Thought, Action and Work for American Inclusion (PATRIA) is the place of key decisions that responds directly to Cristina Kirchner. During Mauricio Macri’s administration, he was under suspicion. The IGJ led by Sergio Brodsky had asked to specify who his contributors were since social contributions are his main income.

Justice agreed with Parrilli who asked that this private information not be disclosed.

In addition, there is a case in federal justice for alleged espionage during the previous administration on the movements of the Institute. When this space was founded in early 2016 after the departure of Cristina Kirchner from the presidency, its initial capital was 1,000 pesos. At the same time, at the end of 2016, according to its reports and balance sheets, it registered income of $ 2,367,232. In 2020, the last balance presented, the patrimony of the Homeland rose to $ 11,590,886.

The largest number of activities promoted by the Instituto Patria were carried out, according to the documentation accessed Clarion, virtually. The numbers expose a permanent growth in the funds with which they are financed, which largely responds to the quota of their associates and, in turn, to the courses they take and for which a certain amount of money is charged.

Cristina Kirchner’s office at Instituto Patria. In a meeting with Adolfo Pérez Esquivel and Juan Grabois.

“We are a space for reflection and debate,” said Parrilli in the report that bears his signature and then pointed out that “despite the detained world” they were able to grow and that at the end of 2020 their expectations were exceeded.

The Patria Institute in the midst of a pandemic, carried out a set of lectures-course: “The province of Buenos Aires continues to do school” and “Tribute to Néstor Kirchner -10 years-” are some of the titles. but there is more: “Amado Boudou in the third plenary session of the Federalism and Social Development Commission”, “Cuba: solidarity, humanism and resistance to the blockade” and “Women as the protagonist of human access to water”, appear in an extensive list.

Cristina Kirchner’s bunker is organized into twenty commissions “that operate remotely”, it was explained in the memoirs, and at the end of last year a new one on consumer rights was added.

The front of the Instituto Patria in Rodriguez Peña a few meters from the Congress where the bunker K.

In addition to Radio Patria and different musical groups carried out “in aid of our artists”, Kirchner’s space began in March 2020 with a series of seminars and trainings grouped under the slogan: “New challenges, new scenarios, militant contributions for the government of all.”

The activity was developed through the Virtual Homeland platform, “through which more than 3,000 registrants passed.”

What courses were given? There were twelve in total, among which were Political Ideas in times of emergency, Peronism and Feminism, Malvinas, Antarctica and the South Atlantic, After the earthquake and Panorama of the Judicial Powers, among others.

Cristina Kirchner walks through one of the rooms at the Instituto Patria where courses and face-to-face activities used to be taught.

All these training courses meant a collection of $ 2,228,293. For example, the course that dropped the most money was Peronism and Feminism In times of emergency ($ 582,089), according to the forms, 530 students participated, which gives a value of $ 1,098 per person.

There was more. In the item “Events” an income of $ 455,534 was detailed and another of the high values ​​without further details and only under the name of “Cooperation Agreement” the Patria Institute received $ 2,666,686. For example, in copyright, $ 62,214 was registered.

Under the category of “specific purposes” the following number was detailed: $ 95,973 detailed as “radio sponsorship”. In this regard, “Expenses related to radio” were also detailed for more than $ 100,000. It is the Radio del Patria created in the middle of the pandemic.