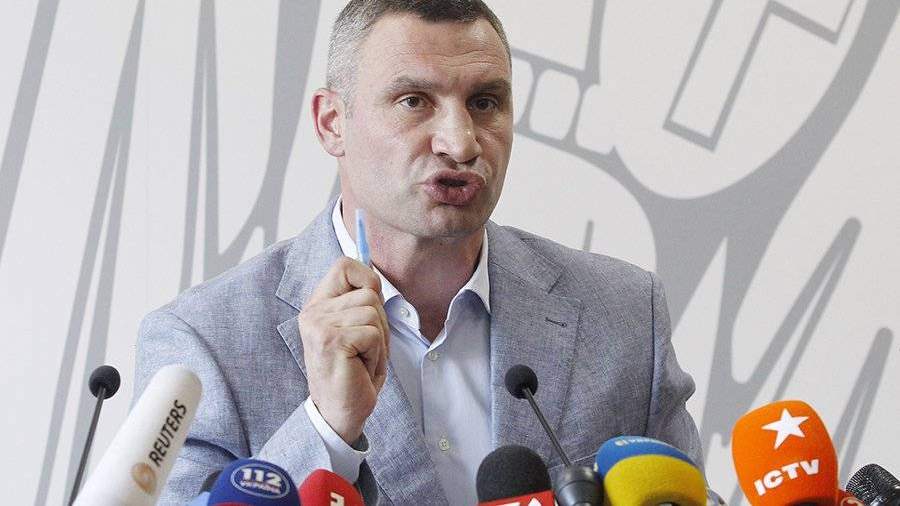 The next president of Ukraine may be the current mayor of Kiev, Vitali Klitschko. This opinion was expressed by the deputy of the Verkhovna Rada Ilya Kiva on the air of the Ukrainian TV channel “First Independent” on Thursday, June 10.

According to the parliamentarian, the “American curators” of Kiev intend to replace the current leader of the country, Volodymyr Zelensky.

This is confirmed by the last visit of US Secretary of State Anthony Blinken to Ukraine, during which Zelensky was “shown to the exit,” Kiva is convinced.

He also believes that Washington has allegedly already formed a new image of the next president of Ukraine.

“And here a pimp boxer enters the arena, he is also the mayor of Kiev. Why do I say pimp? Because it is this person who is responsible for all the brothels in our capital. <...> They saw this pimp-boxer-mayor Klitschko as a possible future president of our country, “Kiva said.

At the same time, the deputy stressed that the above is his subjective opinion.

Klitschko has been heading the Kyiv City Administration since 2014.

Earlier, on April 30, the first president of Ukraine, Leonid Kravchuk, called on former leaders, except for Viktor Yanukovych, to help Zelensky work to protect the interests of the country and its citizens.

Zelensky became president of Ukraine following the 2019 elections. In the second round, the Servant of the People candidate won 73.22% of the vote, while his rival Poroshenko received 24.45%. Poroshenko admitted defeat, but said he did not intend to leave politics.