Racism or sexual addiction: what is behind a bloody attack on Asian massage parlors in the United States 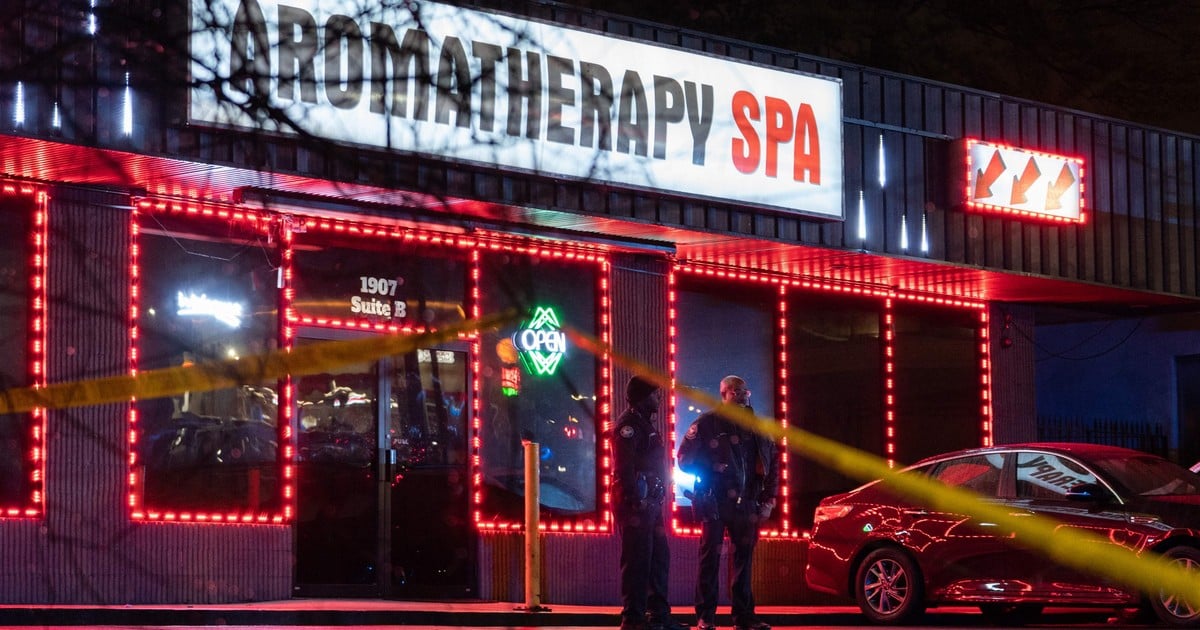 Racism, madness, reckoning. Sex addiction? The FBI was investigating this Wednesday the motives that led a 21-year-old to shoot 8 people, including six Asian women, in a chain attack on three massage parlors in Atlanta.

The shootings occur as many Asian Americans are in tension following a surge in hate crimes against their community and raise fears that Asian-run businesses may be target of attack.

Four of the victims died in the massage parlor Young’s Asian Massage near Acworth, a suburb of Georgia’s capital Atlanta, the Atlanta Journal-Constitution reported.

Captain Jay Baker of the Cherokee County Sheriff’s Office told the newspaper that the victims were two Asian women and a white woman and man, while a Hispanic man was injured.

They went to three massage parlors

The Atlanta Police Department confirmed that four women were found dead. in two other rooms of massages in Northeast Atlanta, identified as Massage Spa and Aroma Therapy Spa.

Police told the Atlanta Journal-Constitution that the four Atlanta victims were Asian women.

South Korean news agency Yonhap reported that the country’s foreign ministry had confirmed that four of the victims were of Korean origin.

The authorities identified Robert Aaron Long as a suspect in all three attacks.

As reported by The Washington Post on Tuesday, Aaron told authorities that the deaths they were not motivated for racial reasons. According to the police, the suspect may have frequented these massage parlors.

“There is still a lot to process,” Capt. Jay Baker said at a news conference. “The suspect hinted that he had certain issues, possibly a sexual addiction, and he may have frequented some of these places in the past. “

Long was arrested after a “short chase” about 150 miles from Atlanta, according to a statement from the Georgia Department of Security posted on Facebook.

Aaron told police that these spas were a “temptation.”

“It was a temptation that he wanted to eliminate. This is still premature, but that’s what he said,” Baker added.

Describing the scene of the incident in northeast Atlanta, the police spokesman said: “Upon arrival, officers found three women shot dead inside.”

While there, the police officers were alerted to gunshots also heard on the other side of the street where they found the fourth female victim.

Four of the victims are women of Korean origin. Photo: AFP

Adriana Mejia, niece of one of the victims, said the family was “devastated” after her uncle was shot and that they were praying for his recovery.

“We never know when we are in the wrong place and time, because this was so sudden,” he said.

The FBI is assisting in the investigation.

The shootings occurred after reporting a increased attacks on Asian Americans, especially the elderly, attributed to the covid-19 pandemic, as the disease was branded as “Chinese virus” by former President Donald Trump, among others.

The news of the attacks came just hours after the publication of a report by the NGO Stop AAPI Hate that points to a marked increase in hate crimes against Asians in the United States, mainly against women.

The shootings came after a rise in attacks on Asian Americans was reported. Photo: AFP

In a tally of incidents reported to the group between March 2020 and February this year, nearly 70% of Asian Americans surveyed said they had faced verbal harassment and just over one in ten said they had suffered physical assault. .

Although racial motivation can be difficult to determine, a study from the Center for the Study of Hate and Extremism at CSU San Bernardino found that reported hate crimes against Asians have nearly tripled in 16 major American cities – including New York. and Los Angeles, even as overall hate crimes fell 7%.

In Georgia live about 500,000 Asian residents, just over 4% of its population, according to the Asian American Advocacy Fund.

“As details continue to emerge, we can say that this attack sadly continues an unacceptable pattern of violence against Asian Americans, which has exploded during this pandemic,” said Congresswoman Nikema Williams, who is the party’s state leader.

In a speech delivered last Thursday, President Joe Biden condemned the “perverse hate crimes against Asian Americans who have been attacked, harassed, accused and scapegoated.”

“That’s wrong. He’s not American. And he must stop,” he said.

The United States, the United Kingdom and a dozen countries question the report on the origin of the virus