Racing: the gesture of Luis Enrique and Pep Guardiola that changed the course of Juan Antonio Pizzi’s career 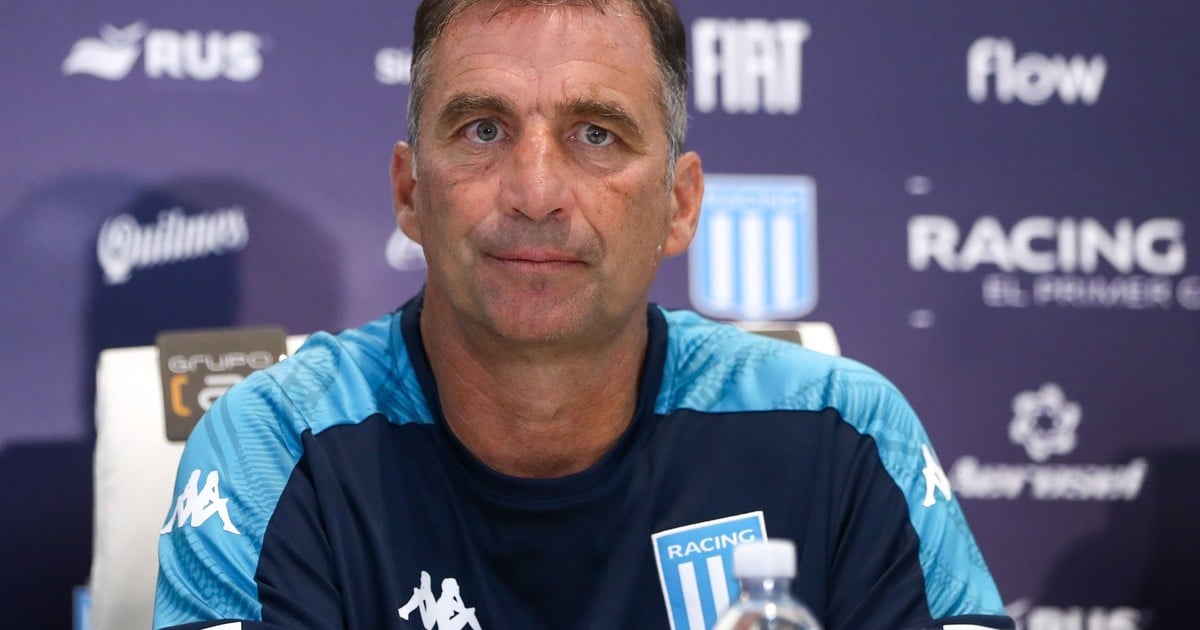 Juan Antonio Pizzi’s first moments as coach were tough. It was in January 2005 when he took office in Colón de Santa Fe and was fired a month later after being defeated by River, Racing and Arsenal. “What I did as a player is not enough for me to manage a group”, said the former scorer of Barcelona, ​​Valencia and River, among so many clubs. He traveled to Spain and met up with old friends like Luis Enrique and Pep Guardiola, those whom Lionel Messi considers the best technicians he ever had. Both were going to begin the coaching course offered by the Royal Spanish Football Federation. Pizzi was invited. And that kindness would change his career.

Those interested in entering the Ciudad de Fútbol Las Rozas de Madrid must meet at least one of three requirements to complete the UEFA coaching courses level B, A and Pro: have played more than eight seasons in Europe, be international with Spain in more of 5 games or have obtained the Olympic Gold. The Santa Fe met the first two conditions (8 goals in 22 duels with La Roja). They were hours and hours (more than 400) talking about soccer day, afternoon and night with the teachers and their colleagues Luis Enrique, Guardiola, Guillermo Amor, Sergi Barjuán, Miguel Angel Nadal and Albert Ferrer, among many.

Pizzi felt more complete after going through coaching school. Of his stage as a player he had been dazzled by the Dutchman Louis van Gaal and the Englishman Bobby Robson, both in Barcelona. More: he shared the team with José Mourinho, at that time translator of the cast of Catalonia; and with Javier Clemente, coach of Spain at the 1998 World Cup in France. “I have always liked aggressive, intense football, where I propose to convince my players to take center stage, to invite them to have the initiative in any game action, be it offensive or defensive. And that is what we are going to try to do in Racing. Evaluating the individualities that this establishment has, it adapts perfectly ”, described Pizzi in the official presentation as DT of the Academy.

Pizzi was building a career on the rise. After a good step in Santiago Morning, he joined Universidad Católica de Chile where he was champion in 2010. His first team in the country was Rosario Central, the club of his loves, in 2011. He was consecrated in the Initial Tournament with San Lorenzo in 2013 and he got the great opportunity to direct Valencia, an institution in which he had played in the 1993-1994 season. The culminating moment was the 2016 Copa América Centenario with Chile, when they defeated Argentina on penalties in the final.

Only 13 matches were those he directed in his second stage in San Lorenzo, in 2019. That experience marked him with fire: he was no longer willing to be part of the meat mincer which is Argentine soccer. But the call from manager Rubén Capria tempted him. His relatives tell a talk that happened in mid-2020, when the pandemic had local football on hiatus. “I like Racing de Beccacece; I like the Racing team. I think it is the only team that I would like to lead here, “he said at a table of friends.

“It is a great pride and privilege to start being part of this club and this project. I reiterate my happiness and gratitude. It goes without saying that we are going to make all the sacrifice and effort necessary to position Racing in the place that it has historically occupied and deserves to occupy. We believe that we are going to achieve it in the short and medium term, ”explained the 52-year-old from Santa Fe. And he added: “Whenever I take on a team, I set the highest expectations taking into account the context of the institution. In Racing they are the highest expectations of the biggest clubs in the world. My hope is to bring the club to the leading role that history has shown it has had ”.

It was quiet on the first training day of the Macanudo –as they say in Spain- in the whole of Avellaneda. The brand new coach worked with all the players, except Lorenzo Melgarejo, who could not return from Paraguay in time due to administrative issues related to sanitary controls. Accompanied by his collaborators Iván Moreno and Fabianesi and Rafael Maceratesi, Pizzi appeared and arranged work on the auxiliary activation court with passes, exercises in the middle zone and elongation, among other tasks supervised by Adrián Gerónimo, one of the physical trainers.

Who did not take part was Lisandro López, who went through the Cilindro to say goodbye to his companions. “Lisandro’s absence creates an irreplaceable void. At a football and human level. We understand Lisandro’s decision. But that understanding does not equate the sadness that causes me as a coach not to direct him, to the fan not being able to see him and to his teammates not having him in the locker room every day, ”he said about Licha.

The close friend of Luis Enrique, the good partner of Pep Guardiola (whose wife Cristina is a friend of Carolina, Pizzi’s wife), the top scorer in the Spanish League with Tenerife in the 1995-1996 season (31 goals in 41 games), the champion with Chile in the 2016 Copa América of the United States already works in Racing. “The potential of our team is based on not having many exits. In general, the things that we can promote are going to be very specific ”, he warned. And it was clear: Pizzi is already deeply involved in Racing.

Fiat Cronos: the new owner of the street

“If you train by watching pornography, you will have a denigrated image of women”