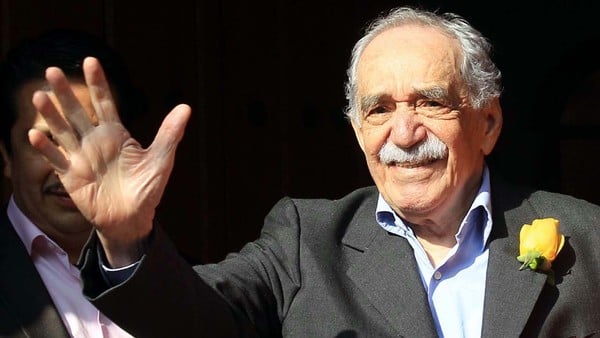 “Death does not come with old age, but with oblivion.” This was said by one of the most influential writers of Latin American letters. And although he was defeated by lymphatic cancer, it is true that it will never be forgotten. Following his own reasoning, then, he will remain among the living, forever. But his presence now is another. There are his works, from the famous One Hundred Years of Solitude (1967) to his latest novel, Memories of my sad whores (2004), his journalistic works and a myriad of expressions that revealed often irreverent ideas.

Gabo passed away on April 17, 2014, in Mexico City, one month after turning 87. For some years he had limited his literary activities, although in 2012 a compilation of his stories called All his stories. Nobel Prize in Literature in 1982, García Márquez was born in Aracataca, Colombia. He studied and dropped out of Law to dedicate himself to journalism and letters. As he himself told several times, his passion for literature stood out with the reading of Kafka’s Metamorphosis, at the age of 17. His other great love was his wife, Mercedes Barcha, who passed away in August 2020.

Considered the greatest exponent of magical realism and one of the protagonists of the Latin American boom, he wrote unavoidable works such as The Colonel has no one to write for him (1957), The Autumn of the Patriarch (1975) and Chronicle of an announced death (1981). His articles published in newspapers such as El Espectador also stand out since he considered journalism as “the best job in the world.” From the interviews they carried out and from his own work, These phrases by Gabriel García Márquez emerge to remember him seven years after his death.

Gabo with the edition of One Hundred Years of Solitude published in 1967 in Buenos Aires.

“Always doing what you like, and only that, is the magic formula for a long and happy life.” (A manual for being a child, 1995.).

“I’m eating blended cabbage and that tastes like herbs to me. I am walking seven kilometers a day starting at six in the morning. I am doing yoga now and meditating. I who had not meditated. I got a cold not long ago and I thought I was going to die. I am conquering those spaces of meditation. No stress ”. (Gabo, the other, published by El Colombiano, September 1996).

“Neither the floods nor the plagues, nor the famines nor the cataclysms, not even the eternal wars through the centuries and centuries have managed to reduce the tenacious advantage of life over death.” (The loneliness of Latin America, December 1982.).

“Starting at 50, birthdays are celebrated for decades. Well look, if you see how you are approaching the limit of the horizon, this has an advantage: after 70 you know that you cannot miss a hit, you must be absolutely accurate, and that is a very good life program (…) ”. (The writer in his labyrinth, published in People, September 1996.)

“With all modesty, but also with all the determination of the spirit, I propose that we make a commitment now and here to conceive and manufacture an ark of memory, capable of surviving the atomic flood (…)”. (The Damocles Cataclysm, August 1986.)

“The only thing that hurts me to die, is that it is not love.” (Love in the time of cholera.)

Another wonderful book by the Colombian writer.

“Love is the most terrible, the most wonderful of all demons.” (Love, wonderful demon, published by El Espectador, April 1994.)

“Being in love is like having two souls. And that is wonderful ”. (The general in his labyrinth is a vengeful book, published in Semana Magazine, March 1989.)

“The problem of impossible love in old people is social, it is completely cultural, because it is considered a shame that at a certain age one has loves (…). And there have always been old-time loves, but it was a shame that an old man had them. No sir. Long live love! ” (The boat where paradise was, published in Nexos Magazine, December 1993.)

“You have to be unfaithful, but never unfair.” (The colonel has no one to write to him.)

Gabo’s great love, Mercedes Barcha, upon receiving the Nobel in 1982.

“They say that I have invented magical realism, but I am only the notary of reality. There are even real things that I have to discard because I know they cannot be believed ”. (Published in Cultural Bulletin No. 158, Madrid, 1995.)

“The first condition of magical realism, as its name implies, is that it be a rigorously true fact that, nevertheless, it seems fantastic.” (Published in Reforma, México, 2000.)

“A good writer can earn good money. Especially if you work with the government ”. (Live to tell it, 2002.)

“If I had to advise a young writer, I would tell him to write about something that happened to him (…). Pablo Neruda has a verse that says: “God forbid that I invent when I sing.” (Gabriel García Márquez, published in The Paris Review, 1988.)

“I never feel comfortable reading in another language, because I only feel truly attuned to Spanish. However, I speak Italian and French, and I know enough English to have been poisoned by Time magazine every week for twenty years. “ (Gabriel García Márquez, published in The Paris Review, 1981.)

“I have a probably unfair concept of criticism: I think it is a purely parasitic activity.” (García Márquez on the bench, published in Revista Seuil, 1975.)

“In a modern novel it is not enough to say that the characters are in love. The reader has to realize that they are madly in love. “ (Interview with Caracol Radio, May 1991.)

“I have never tired of saying that One Hundred Years of Solitude is nothing more than a three hundred and fifty page vallenato.” (The world according to Gabriel García Márquez, 2005.)

“The genre of the interview left the rigorous premises of journalism a long time ago to enter (…) the mangroves of fiction. The downside is that most interviewers ignore it, and many candid interviewees still don’t know it (…). They have not yet learned that interviews are like love: it takes at least two people to do them, and they only work out if those two people love each other ”. (An interview? No thanks, published in El Espectador and El País, July 1981.)

“Ethics must always accompany journalism like the buzzing of the blowfly.” (Speech before the Assembly of the Inter-American Press Association (IAPA), October 1996.)

“I am definitely an anti macho. Machismo is cowardice, lack of manliness ”. (Gabriel García Márquez, published in 7 Voces, June 1971.)

“I believe that the woman is being strong, the strong sex, and that thanks to her the story continues. It gives the impression that men are the protagonists of the story, but if they are it is because someone is holding the world behind them, and this someone is the woman ”. (I am so into politics that I feel nostalgic for literature, published in El Viejo Topo, 1979.)

“A woman dressed in yellow cannot be denied anything.” (I will deliver a Bolívar of flesh and blood, published in El Nacional, May 1988.)

“There is no loneliness comparable to the loneliness of power.” (First I am a political man: Gabriel García Márquez, published by Excelsior, April 1971.)

“I have always believed that absolute power is the highest and most complex fulfillment of the human being, and that is why it sums up both all his greatness and all his misery. Lord Acton has said that ‘power corrupts and absolute power corrupts absolutely’. This is necessarily an exciting subject for a writer ”. (The smell of guava. 1982.)

“I think it was Kissinger who said that power is an aphrodisiac. History shows, in any case, that the powerful live as troubled by a kind of sexual frenzy. I would say that my idea in The Autumn of the Patriarch is more complex: power is a substitute for love ”. (The smell of guava. 1982.)

“Young people, torn between the constraints of the present and the mysteries of the future, are unaware of the past. Only when they have it will they really begin to mature (…) ”. (Without awareness of the past, published by the university magazine Jaque and reproduced by El Tiempo, March 1991.)

“Let us celebrate spelling, terror of the human being from the cradle; let us bury the cave haches; let us sign a treaty of limits between ge and j; and let’s put more use of reason in the written accents, that after all no one has to read the grima where it says tear or confuse revolver with revolver “. (Speech at the International Congress of the Spanish Language, Mexico, 1997.)

“Every culture is truly popular: it is born and grows from the periphery to the center and from the bottom up.” (Gabo: no to the Ministry of Culture, published by El Tiempo, July 1994.)

“We have to recognize that in Latin America there is a strong presence of Spanish culture (…). It is a very important element in the culture of our countries. However, it is pretended that this does not exist and is despised (…). There is a false shame for everything Spanish in Latin America that seems excessive and dangerous to me ”. (Little coffee and lots of politics, published in Notebooks for Dialogue, 1978.)

University of Texas: “One Hundred Years of Solitude” manuscript.

“It cannot be said in which place a better Spanish is spoken, because there is not one Castilian, but many”. (We will understand each other even in Spanish, published by Cambio 16, May 1988.)

Banks in the first quarter reduced the share of consumer loans by 10.6%

Sote reform | Minister of Finance Vanhanen: there are significant problems in the provincial tax and the government should consider whether the plan can proceed