Quirinale, Mattarella re-elected. Who wins and who loses among the leaders. Report cards 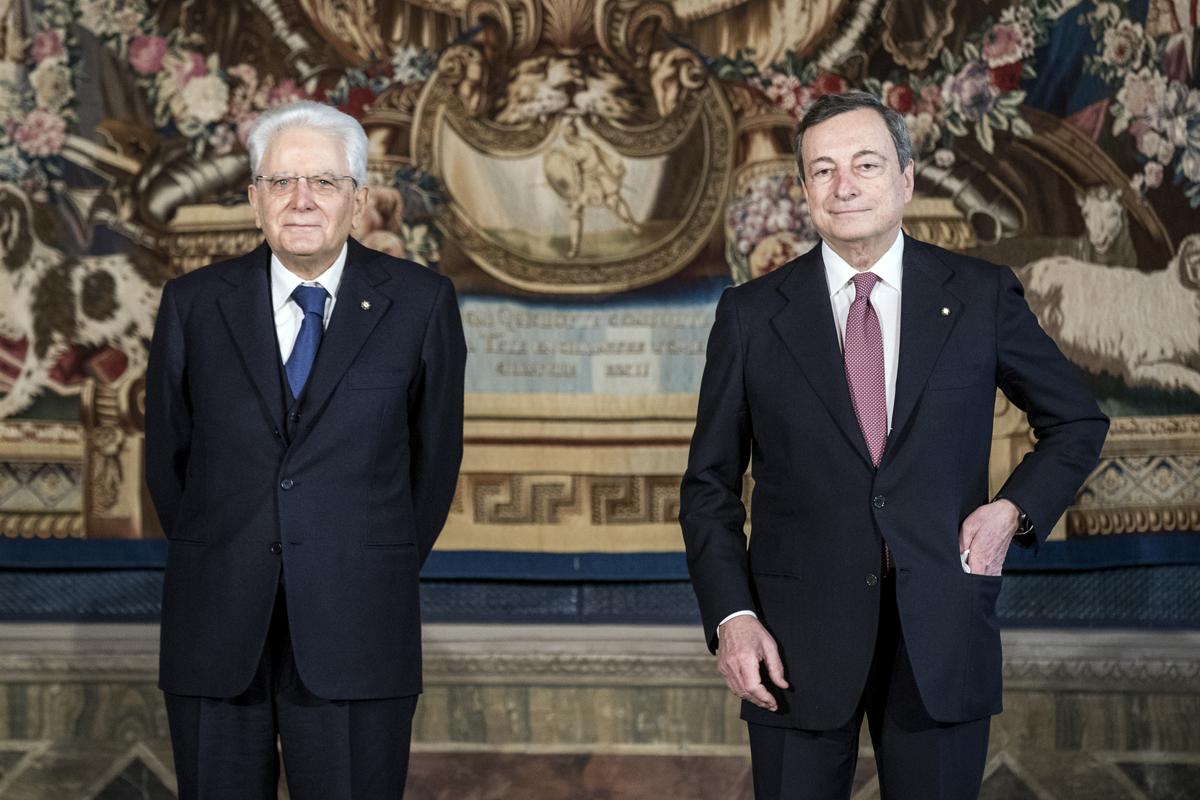 Mattarella stays at Colle / The report cards of Affaritaliani.it

And in the end, with an indecent spectacle of the entire political class, we returned, as in the goose game, to the starting point: at the Quirinale it remains Sergio Mattarella. With the ascent to the Colle of the group leaders of the majority who as vassals went to ask for an effort of clemency from their absolute master.

THE parties they proved to be totally unable to close an agreement giving a very bad proof of themselves in front of the Italians and with a country that is literally sinking, between exorbitant and absurd bills that lead to the closure of many small and medium-sized companies and rules on quarantines in schools hallucinating and insane that are literally devastating the lives of hundreds of thousands of families, especially with young children. Now we start again, we hope, after the Quirinale game is over with the real problems of citizens and businesses.

The report cards after the game is over and with the re-election of Mattarella.

Mario Draghi: rating 5.5. The premier hoped, and how he hoped, to go up to Colle as President. Ever since that “I’m a grandfather available” candidly (not so much) pronounced in the press conference at the end of the year before Christmas. Draghi, however, has made the re-election of Mattarella with the face to face this morning lasted thirty minutes and which then led to the agreement in the majority. Not only. If in two years the Head of State were to step aside, as he was with Napolitano, for Draghi a motorway would open towards the Quirinale, provided that in the meantime he has not already moved to Brussels or overseas. Unless in 2023 he remains in Palazzo Chigi after yet another, probable, draw after the elections. Waterproof.

Matteo Salvini: vote 3.5. The leader of the League commented on the closing credits of the quirinal opening film by stating: “We, with our heads held high, have taken responsibility”. Everything is fine, but also given the possible resignation of Giorgetti from the Draghi government (later denied), it is evident that now the former Captain, who returned in Papeete version, is much weaker than a week ago. Both in the majority, and therefore in the relationship with Draghi and above all with the Democratic Party, and within it. The Governors of the North, led by Fedriga, are on a war footing, together with the moderate League of Giorgetti and Garavaglia. At issue is the whole strategy of the Northern League secretary after the end of Count I and the boom in the European Championships. As for the Colle game, Salvini made a mistake thinking he was overdoing it, he wanted to do, using his Milanese dialect, the ganassa and the bauscia. He thought he could bring the first President of the Center-right, then he believed he would get to the first female Head of State and in the end, also due to his lack of confidentiality in keeping the names covered, he had to swallow the Mattarella bis (which until the day before he denied ). The only consolation prize, he avoided the move of Draghi from Chigi to the Quirinale. Bungler.

Giorgia Meloni: vote 6. The leader of the Brothers of Italy today seems to be Lady Oscar, the champion of 80s cartoons who alone faced and defeated all enemies. He nailed Salvini in all phases of the Quirinale, conditioning him until the capitulation. With the game of the boom in votes, Crosetto dealt a first blow to the Northern League leader, then the second came with screams against Casini’s candidacy, to which Salvini was about to give the ok. Then when the Carroccio gave in, the cannonade came. It is easy and obvious to think that in the coming weeks the Brothers of Italy will go up in the polls to the detriment of the League. But it risks being a short-term vision. If next year we really vote with the proportional, as is probable, the eventual 22% or even 25% of FdI will be of little or nothing. Opposition and still opposition. Voice of one crying in the desert.

Silvio Berlusconi: rating 6.5. The absence of the former Knight was felt in this excited and frantic game for the Hill. In the end, the founder of the Center-right remains ten inches above the alleged leaders of the Forza Italia allied parties (we’ll see if they will still be together). The gesture of withdrawing from the race was beautiful even if late, then in the end – after having suffered the messes of Tajani and Ronzulli, blue lieutenants challenged and scrambled by ministers Brunetta, Carfagna and Gelmini – Berlusconi was decisive in detaching his party from the Lega and FdI giving the green light to Mattarella (certainly not an exponent from the past of Centrodestra). Now in Berlusconi’s party, gang warfare is inevitable. Fortunately, Silvio is there.

Enrico Letta: vote 7. The secretary of the Democratic Party in the country friar version, with the proposal of the conclave on bread and water, was smart. He never mentioned names in this whole affair, leaving Salvini to burn candidates. The leader of the Dem was enough to say no, to oppose, to make a few tweets to get the main victory, as he had announced from the beginning: to avoid the first president of the Center-right Republic. It is true that Letta’s goal was to bring Draghi to Colle, but the Mattarella bis is an excellent result, also because by not touching the government it avoids yet another internal struggle between the currents of the Nazarene. Leader Dem was able to foil Conte’s blitzes, first on Frattini and then on Belloni. Surely the Democratic Party comes out strengthened and today it is the main government force. Seraphic.

Giuseppe Conte: vote 1. It could not have been worse for the former prime minister. Let’s start from the end, when on Friday evening the political leader of the M5S had agreed with Savini on the name of Belloni, complete with a euphoric tweet from Grillo, a pity that during the night it was not so much Letta, Renzi or Berlusconi who stopped the head of services. Di Maio, the skilled Foreign Minister who – objectively – still holds control of the majority of the pentastellated parliamentarians. With this zigzagging and uncertain attitude, Conte seriously risks endangering the alliance with the Dems, even if his leadership could be at risk in view of the 2023 elections. He wanted a woman from the beginning, he toyed with the idea of ​​blowing everything up by running to the polls, but his people in Parliament continued to vote for Mattarella in a sort of popular uprising. Amateur.

See also  Secret investigation into Zorreguieta without ministers, OM chief wipes the report off the table

Matteo Renzi: rating 6.5. The leader of Italia Viva was betting on Casini President, everyone knows it and it is no mystery. But for the senator of Rignano, Mattarella’s stay at the Quirinale is still a good result. Renzi contributed, with a pact with Letta, to sawing all the Salvinian candidates, Casellati in the lead. And, fundamental point, with the explosion of the Center-right and the probable return to the proportional system for its center-center, a possible season as a protagonist opens after the 2023 elections, even if it does not go beyond 4-5% (perhaps together with other travel companions). The leader of Italia Viva confirms himself as a politician with a capital P. He may be unpleasant to many, but he knows how to move in the Roman palaces and he knows how to read events first. Shrewd and experienced.

– Quirinale, live broadcast on the sixth day for the election of the President of the Republic

– Cacciari ad Affaritaliani.it “Stay Mattarella, Draghi weakened by the Quirinal chaos. The Cdx will reunite, once the alliance between Letta and Conte is over”

– Quirinale, the knot is Mario Draghi: at home or not

'Invasion' look below: to the invaded