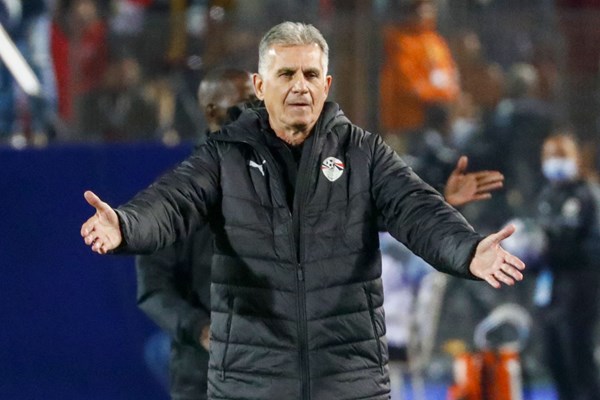 Cairo (AFP)
The Portuguese coach of Egypt, Carlos Queiroz, expressed his regret that his team and Senegal had to meet again to determine which of them would qualify for the 2022 World Cup in Qatar.
After they met in the final of the African Nations Cup, where Senegal won on penalties, the two teams met again in the first leg of the decisive round of the African qualifiers for Qatar 2022, and Egypt won at home 1-0.
The date between them will be renewed on Tuesday, in the new stadium “Abdoulaye Wade” in Diamniadio, 30 km from the capital, Dakar, which can accommodate 50,000 fans.
As for Queiroz: It’s a pity that the two best teams in Africa had to play against each other again. If I had been setting the rules, I would have qualified the two best African nations directly to the World Cup, but it’s the rules.
The Portuguese believed that the best team tomorrow is the one who can qualify, and with all due respect to Senegal, I hope and hope that Egypt will be the best team and that it will qualify.
He confirmed that all the players are ready for the match and we have no injuries. We work hard in every game and only look to win.” He added, “We just need patience to win and my philosophy has always been that we don’t play against rival teams, we play against ourselves.”
Queiroz concluded: We have to be careful against Senegal because they are a strong team.
For his part, Egypt goalkeeper Mohamed Abu Gabal said: We have a desire to qualify for the World Cup at the expense of Senegal, to prove our eligibility to win the last African Cup of Nations.
He considered that losing the Nations Cup against Senegal was an important lesson and we learned from it, and tomorrow we will face the same team in the World Cup qualifiers.
He pointed out that winning the first leg was a strong response from us to the Senegalese team, and facing them tomorrow will be difficult for both teams.
Certainly, the task of returning to the World Cup finals for the fourth time in its history and the second in a row will not be easy for Egypt, as the Senegalese team will have the support of its huge fans in its first match at home since its second continental crown in its history.

See also  Lambán: "We will not participate in a candidacy without evidence in all the valleys"