Quartararo: “Replacing Rossi in Yamaha is a responsibility” 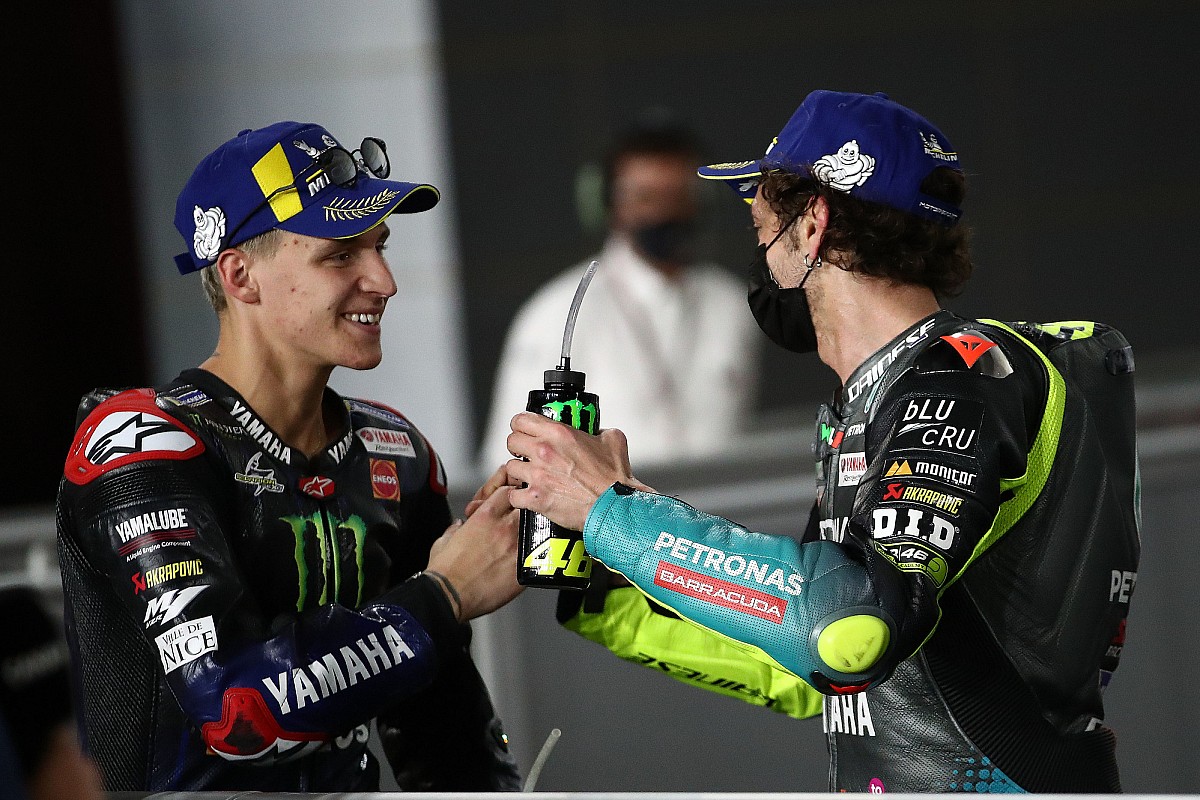 After an incredible debut season in 2019 with Petronas SRT on Yamaha’s M1 ‘B-spec’, in which he took seven podiums and six pole positions, Fabio Quartararo was promoted to the factory team for 2021. With Maverick Vinales confirmed, the Quartararo’s arrival came at the expense of Rossi, who spent 15 seasons with the factory Yamaha team, winning four of his seven premier-class titles for the brand.

Even though Quartararo was adamant last year stating that he couldn’t replace Rossi, the fact that Yamaha was unwilling to wait for the decision on the Doctor’s future was significant. After an erratic 2020 with SRT due to a difficult Yamaha bike, Quartararo got off to a great start in 2021, winning four races – Doha, Portugal, Italy, Holland – and arriving at the summer break with a 34-point lead.

Speaking exclusively with Motorsport.com, Quartararo says he hasn’t felt any added pressure since moving to the Yamaha factory team, but admits the responsibility to take Rossi’s place was great: “Yeah, I think for me about the pressure. , I think it becomes something normal. I think I’ve been under pressure all my life and now I feel it’s normal. So, let’s say I’m used to it. For sure there will come a time when it is much more if you are fighting in a championship race but, at the moment, I feel the pressure is the same and normal ”.

“And the responsibility is enormous – he continues – Taking the place of Valentino, everyone was waiting for me to achieve great results and all the rest. But I’m there, I think I’m doing a great job and I feel that the team is happy not only with me but with my team, with the way we are working, the atmosphere in the team on both sides with the mechanics is good. So, the whole team is working properly, and I think this is helping a lot. “

After a tough end of 2020, in which he moved from the championship lead to eighth place in the space of the last six races, Quartararo worked with a sports psychologist over the winter. No stranger to such a move, Quartararo explained how this helped him in 2021: “Honestly, I’ve only been twice since November 2020, but that’s enough for me. My main goal was for him to help me stay calm, he gave me some exercises that I do before rehearsals or when I feel I need to do these exercises. So, I think at that moment for me it’s just a reminder that when I’m angry or unhappy, I just do these exercises and it keeps me calm. “

“It’s nothing more. It takes less than five seconds to do the exercise, so I can do it anytime, even on a bike. So, it’s pretty easy and I feel it helps me stay calm. And then the path of maturity and experience, I take it from last year and I understood during the winter what I had to work on. But more than working with a psychologist, it was just finding a way to keep calm ”.