Quartararo: “I don’t dare to imagine what Jorge will do at the next GP” 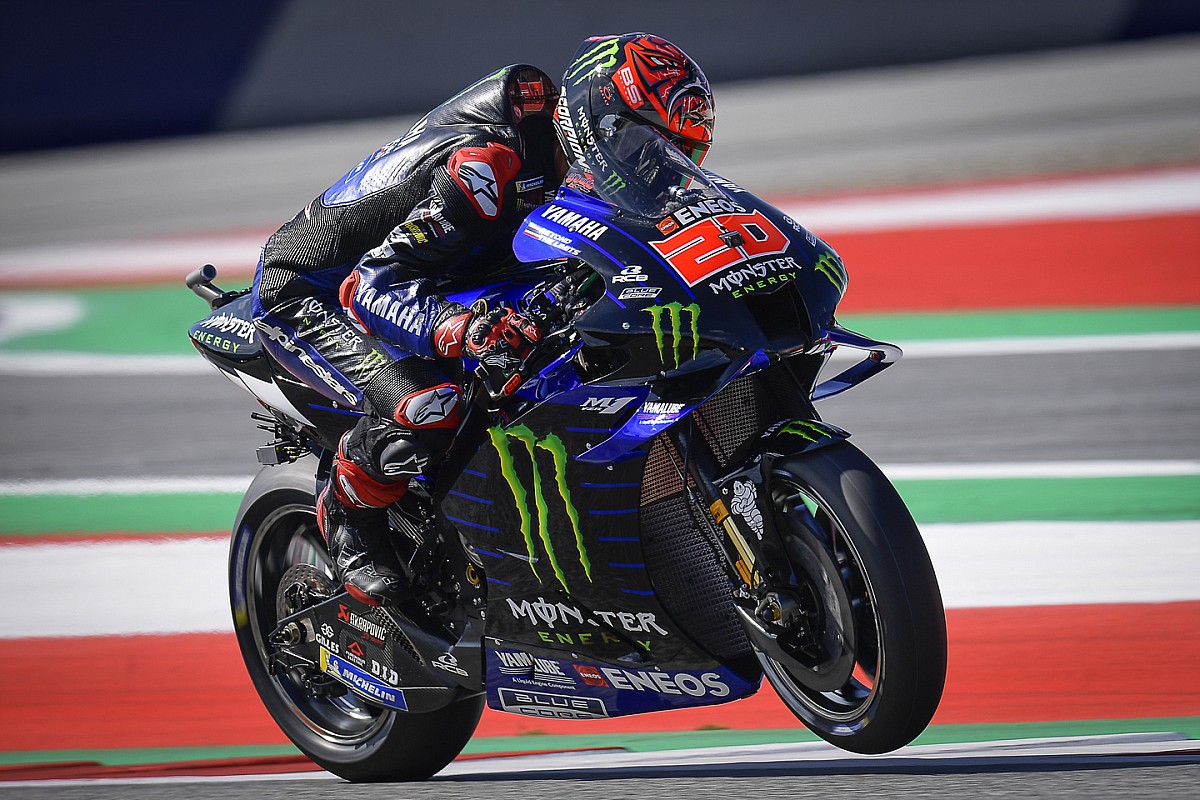 On paper, the Red Bull Ring was supposed to be a tough track for Yamaha, but Fabio Quartararo today managed to accomplish a small feat putting his M1 in the front row with the third time behind a super Jorge Martin and Pecco Bagnaia.

The French rider gave great emotions in Q2 by pushing his Yamaha to the limit and then surprising everyone when, a few minutes from the end, he managed to put his autograph at the top of the timesheet.

The enthusiasm for an unexpected result did not last long. Jorge Martin first, and then Bagnaia, made Quartararo slip into third place thanks also to a small smear by Fabio in the last attempt when he went slightly beyond the limits of the track in Turn 9 and his best time was canceled.

1’23”075 is a time that still makes us understand how much Quartararo has pushed, especially if we consider the gap of only 81 thousandths from Martin. The championship leader wanted to talk about the Pramac team rider who did not hide his amazement at seeing a rookie get such a pole.

“Jorge has always been strong in qualifying in both Moto3 and Moto2. If at his first outing in the MotoGP in Austria he immediately took pole, I want to know what he will do in the next race on this track! ”.

Quartararo will find himself on the grid hunted by the Ducatis. In fact, Martin and Bagnaia will take off in front of him, while behind him, from the fourth and sixth spaces, Miller and Zarco will start. Fabio said he was not surprised by the supremacy of the Italian bikes that always manage to express themselves at their best at the Red Bull Ring.

“On the straight the Ducatis go really fast. When you have them in front of them they are scary. I expected a result similar to today ”.

Is there any disappointment for having seen your best time, obtained on the last lap, canceled? Quartararo denied any regrets.

“I’m satisfied. I gave it my all. Even though I went green on my last lap, I didn’t gain time. I pushed to the limit, but the most important thing was to win the front row ”.

The potential seen today in qualifying could make us think that Quartararo and Yamaha may be part of the game tomorrow as well. The Frenchman, however, wanted to underline how everything will depend on the weather and if it rains the values ​​on the field could overturn.

“In the dry we are in good shape, we have a good pace. The problem will come if it rains. We have to work and understand, should the rain come in the warm up, if we can find something ”.

“It will be necessary to understand what conditions there will be. If it is dry I can aim for the podium, but if it rains I can’t make any predictions ”.