Pyramids to the quarter-finals of “Confederation” 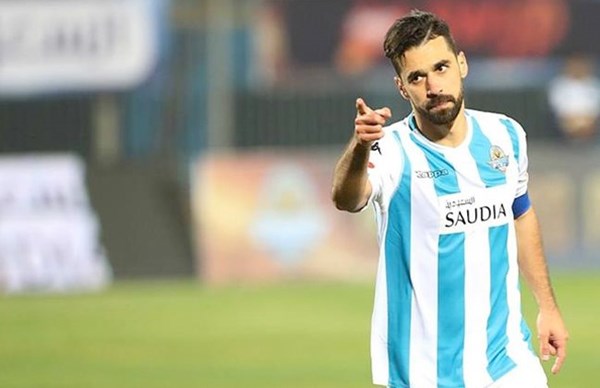 Lusaka (dpa)
Pyramids qualified for the quarter-finals of the Confederation Cup, after defeating Zambian host Nkana 1-0 on Wednesday, in the fifth round of the fourth group in the tournament.

Abdullah Al-Saeed scored the match’s only goal in the 78th minute, and Pyramids raised its score to nine points in second place, to qualify the Egyptian team to the quarter-finals.
Nkana is ranked third with six points, and in the event that it wins in the last round against Raja and equals it with Pyramids in the points balance, the superior Egyptian team qualifies in direct confrontations between it and Nkana, where it won back and forth 1- zero.
In another match in the same group, Moroccan Raja defeated its Tanzanian host Namingo 3/0, and Elias Haddad advanced to Raja in the eighth minute, before Luamba Nujoma added the second goal in the 14th minute, and in the 36th minute Zakaria Al Habti scored the third goal for Raja.

Raja raised his score to 12 points at the top of the standings, which had decided his qualification earlier, while Namingo was at the bottom of the group standings without a balance of points.

Britain reveals the impact of the AstraZeneca vaccine: just 32 vaccinated hospitalized with covid

Earth Day: Steve Cutts against the destruction of the world and animal life