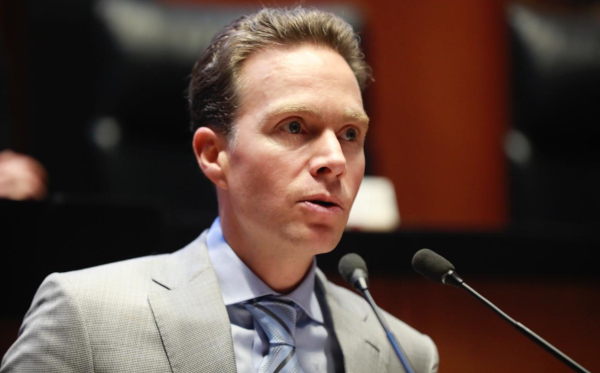 Senator Manuel Velasco Coello, coordinator of the parliamentary group of the Green Ecologist Party of Mexico (PVEM), called for strengthen public health policies focused on children, including the inclusion of early detection of cancer in childhood and adolescence in matters of general health.

According to 2018 Health figures, presented by Manuel Velasco, malignant tumors were the second cause of death in children and girls from 5 to 14 years old with 976 deaths, equivalent to a rate of 4.4 per 100 thousand inhabitants. Thus, the senator stressed that it should be recognized as a public health problem, since it is one of the main causes of death due to illness in this age group, in addition to its physical, social, psychological and economic impact on the patient and their families.

Velasco Coello argued that each year in the world approximately 300,000 people between 0 and 19 years of age are diagnosed with cancer, but mortality is concentrated in lower-income countries, where the inability to obtain an accurate and timely diagnosis, delay in the start of treatment, abandonment of treatment or death due to its effects and lack of access to essential medicines and technologies stand out.

For this reason, the senator of the Green Party proposed a initiative with draft decree in which it adds section XVI Ter to article 3 of the General Health Law in terms that “The timely detection of cancer in childhood and adolescence” is a matter of general health.

The legislator emphasized that it is important to respond to deficiencies in timely diagnosis, since it is an efficient tool to increase survival against cancer.

The senator specified that, although progress has been made in recent years to improve strategies against childhood cancer, significant challenges persist in the matter, such as improve coordination of the public, private and social sectors; promote the development of pediatric oncology specialists and guarantee the supply of cancer treatments and drugs throughout the National Health System.

Finally, he pointed out that currently most cases of childhood cancer, of which the most common types are leukemia, the cerebral, the lymphoma and the solid tumors such as neuroblastoma and Wilms tumor, they can be cured with generic drugs and other types of treatments, such as surgery and radiation therapy, but requires a timely and accurate diagnosis, followed by effective treatment.