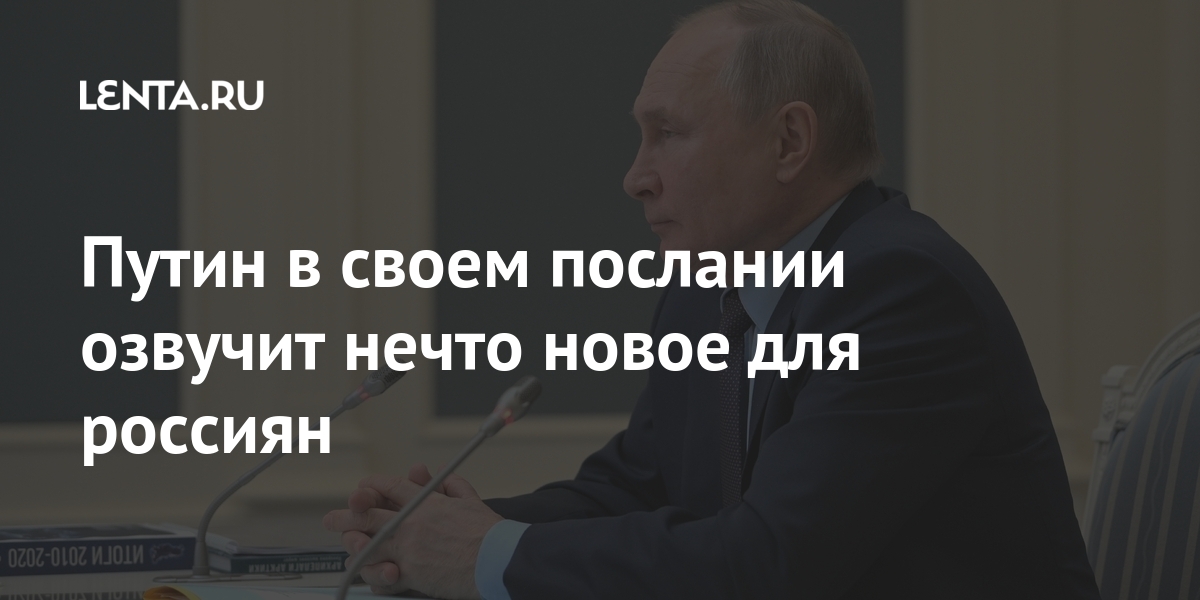 Russian President Vladimir Putin, in his annual message to the Federal Assembly on Wednesday, April 21, will voice something new for Russians. Informs about the preparation of the appeal RIA News…

According to the agency, the message in 2021 will be one of the most important – in the post-coronavirus era, many are interested in how the country will develop in these conditions. It is noted that this address of the president has already been called the message of the “new time”.

The topics that the head of state will touch upon in his message are not specified in detail. As noted by the press secretary of the Russian leader Dmitry Peskov, the author of the message is the president himself: the text can be written “until the last minute, until the last night.”

According to the head of the public organization of small and medium-sized businesses “Support of Russia” Alexander Kalinin, one of the main three blocks will be the indexation of pensions, an increase in wages to public sector employees and other support measures.

In the second block, it is expected that Putin will touch upon the topic of helping families, and the third block will be devoted to measures to create high-tech and social infrastructure. According to State Duma deputy Svetlana Bessarab, the president will talk about the mechanisms that will allow the residents of Russia to earn more actively and get out of the crisis.

Vladimir Putin will deliver his annual address to the Federal Assembly on April 21. The event will begin at noon Moscow time at the Manezh Central Exhibition Hall. Live broadcast will be conducted by TV channels “Russia 1”, “Russia 24” and Channel One. The duration of the address is not regulated, and the Kremlin traditionally did not announce the content of the message.

Corona pandemic: Ministry of Health orders another antibody drug that has not yet been approved