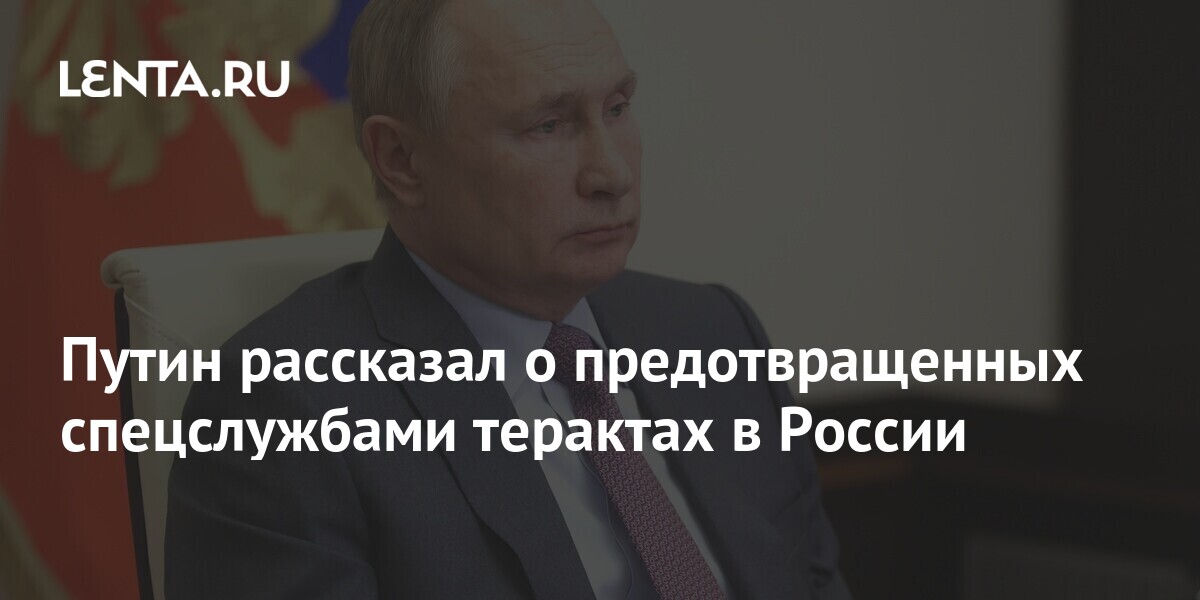 Russian President Vladimir Putin said that the country’s special services have prevented more than 30 terrorist attacks this year. Congratulations of the head of state on the Day of Security Agencies published on the TV channel’s website “Star”…

prevented by special services in 11 months of 2021

In his address, the head of state also named a direct threat to the unity of Russia. According to him, she is extremism. Putin called for a tough suppression of any manifestations of xenophobia, social and religious enmity, as well as to prevent the involvement of citizens, especially young people, in illegal anti-state activities.

Our citizens expect new successes from you in the fight against extremism. This is a direct threat to the unity of Russia

In addition, the role of foreign intelligence in ensuring the security of Russia is gradually increasing, Putin said. In particular, we are talking about the analysis of international information, as well as the development of forecasts for the development of the situation both in the world and in individual regions. The President called the continuation of offensive tactics in the work of counterintelligence and countering corruption as another priority task. In addition, he also noted the competent work of the employees of the Federal Security Service (FSO) and the Main Directorate of Special Programs.

Terrorism as a global challenge

In February, Vladimir Putin said that 72 terrorist crimes were prevented in Russia last year. Then he noted that this figure has grown by a quarter in a year. “We see that the level of global challenges, such as terrorism, cross-border crime, cybercrime, is not decreasing,” the president stressed.

In this regard, the head of state set the FSB the task of ensuring a new quality of work of the special services in all areas, taking into account new challenges. He asked to pay special attention to identifying contacts of terrorists with foreign special services.

Later, the Russian leader listed the reasons for the rise of terrorism in the world. According to him, these are problems of poverty and medical provision. “Lagging countries are losing faith in the prospect of catching up with the leaders, disappointment spurs aggression,” Putin explained, urging other states to “cast aside misplaced ambitions and work together.”

In October last year, Putin noted that cooperation between the Russian and American intelligence services continues, despite the many contradictions in relations between the two countries. The President emphasized that the information received from the United States had helped prevent terrorist attacks on Russian territory on more than one occasion.

See also  WHO: Africa could take until 2024 to vaccinate 70% of its population

As an example, the head of state recalled that a US citizen was arrested in Syria for espionage, but the Russian side was able to convince its partners to release him. “We took an American citizen to Moscow and handed him over to US officials,” he said.

In addition, at the end of December 2019, the FSB detained two suspects in the preparation of terrorist attacks in St. Petersburg during the New Year holidays. The secret service noted that information about the impending crimes came from American colleagues. Later, Putin thanked Donald Trump, who was then president of the United States, for his help.

"I feel that Justice is not protecting me," denounces Lorca's wife whose head was smashed