Putin spoke about the preparation of the anti-Russia project 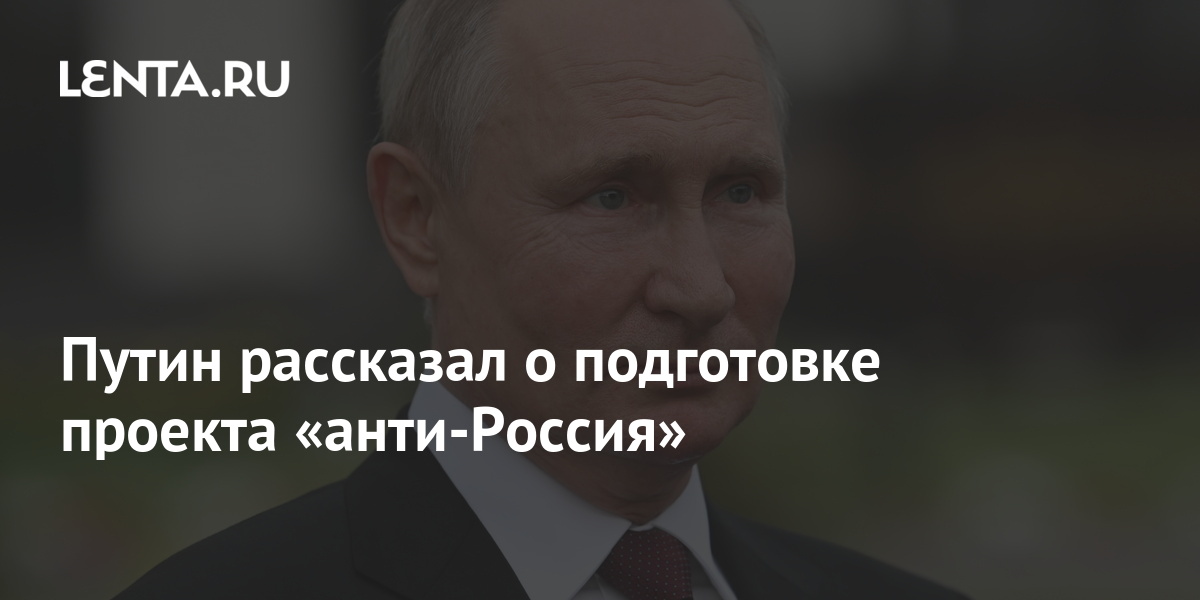 Russian President Vladimir Putin spoke about the preparation of the anti-Russia project. It is reported by RIA News…

The head of state said that active work is underway on this project and this cannot but cause concern. The President, answering a question about the origins of the “anti-Russia” project and its connection with Ukraine, noted that it began in the 17-18 century, then was used by the Polish national movement and Austria-Hungary before the First World War. The goal of the project, Putin called the weakening of Russia.

On May 14, the Russian president expressed confidence that Ukraine “is slowly but surely being turned into some kind of antipode of Russia, into some kind of anti-Russia.” He said that in Ukraine, the political field is being cleared from the forces that advocate a peaceful settlement in the Donbass.

The day after the publication of Vladimir Putin’s article “On the Historical Unity of Russians and Ukrainians”, which was published on the Kremlin’s website, the president spoke about the meaning and purpose of writing it. The head of state emphasized that his text is based not on some secret documents, but on facts, the confirmation of which can be found in open sources. The material was published in two languages ​​- Russian and Ukrainian.