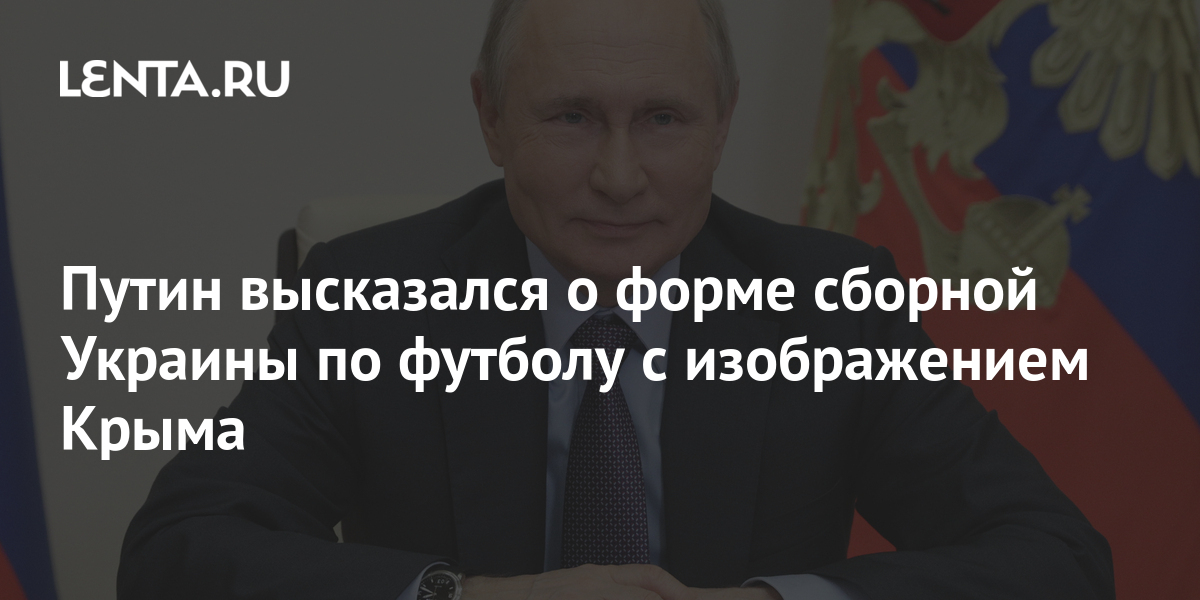 Russian President Vladimir Putin spoke about the uniform of the Ukrainian national team with the image of Crimea for participation in the European Football Championship. His words lead TASS…

Putin said that he was not affected by the design of the team’s equipment, noting that there was no novelty in Kiev’s position.

The uniform of the Ukrainian national team with the image of the Crimea peninsula was presented on June 6. The State Duma called on UEFA to ban Ukrainians from using this equipment, but the organization decided to approve the players’ uniforms.

Crimea became part of Russia after a referendum held in March 2014, in which the majority of the region’s residents supported such a decision. Kiev refused to acknowledge its results. Moscow insists that the procedure for joining the region was in accordance with the norms of international law.