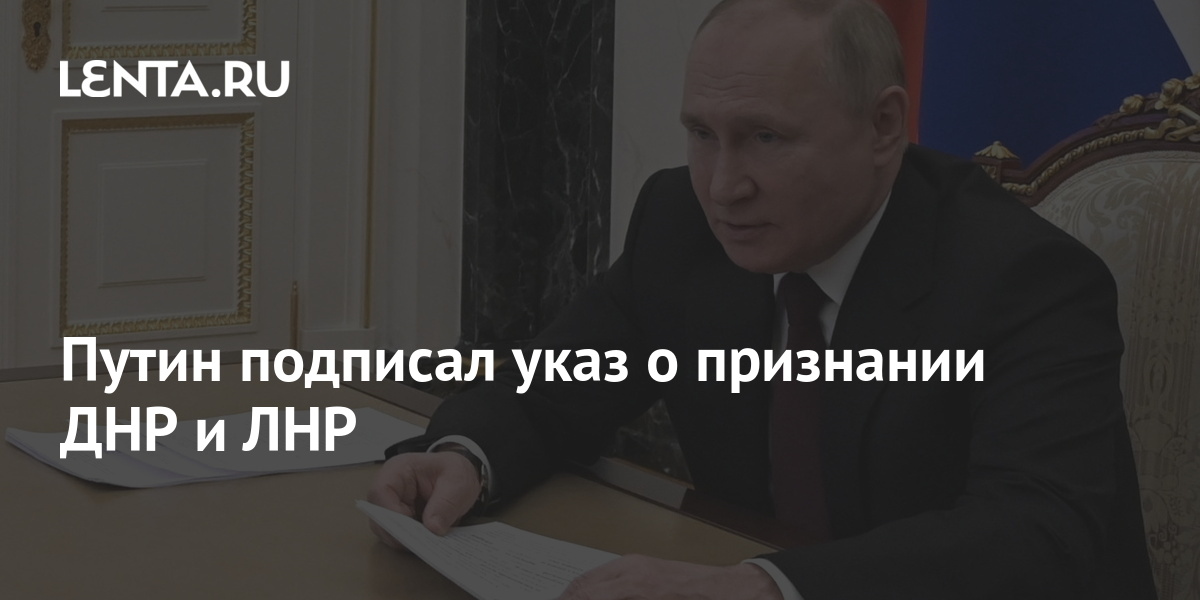 Russian President Vladimir Putin on Monday, February 21, signed a decree recognizing the Donetsk and Luhansk People’s Republics (DPR and LPR). He stated this during an appeal to citizens on the air of the channel “Russia 24”.

This decision was made by the head of state after an extraordinary meeting of the Security Council.

I consider it necessary to make a long overdue decision: to immediately recognize the independence and sovereignty of the Donetsk People’s Republic and the Lugansk People’s Republic. I ask the Federal Assembly of the Russian Federation to support this decision, and then ratify the treaties of friendship and mutual assistance with both republics

According to the president, the decision was made due to the fact that Kiev “is trying to organize a blitzkrieg in the Donbas again, as it already happened in 2014 and 15”.

The killings of civilians, the blockade, the abuse of people (…) do not stop. As we say, there is no end in sight

At the same time, he stressed that Russia “did everything to preserve the territorial integrity of Ukraine”, but these attempts were in vain, since “the essence of the regime itself” in Ukraine does not change.

The signing of the decree became known earlier

On February 21, Putin told French leader Emmanuel Macron and German Chancellor Olaf Scholz that he would sign a decree recognizing the self-proclaimed Donetsk and Lugansk People’s Republics (DNR and LNR). As reported in the Kremlin press service, the president intends to sign a decree in the near future.

Today, appeals were received from the leadership of the DPR and LPR to recognize their sovereignty in connection with the military aggression of the Ukrainian authorities, massive shelling of the territory of Donbass, as a result of which the civilian population suffers

It is noted that the President of France and the Chancellor of Germany expressed disappointment with his decision. At the same time, they indicated their readiness to continue contacts, the Kremlin stressed.

Putin’s address on Ukraine on February 21

On the evening of February 21, Vladimir Putin began a video message to the Russians, devoting it to the situation in Ukraine. Thus, the President stated that modern Ukraine was entirely created by communist Russia after 1917.

See also  In the Orenburg region, four young men were found dead in the garage

And [Владимир] Lenin and his comrades-in-arms did this in a very crude way, at the expense of the separation of territories. No one asked the people who lived there.

According to him, communist Ukraine emerged as a result of the Bolshevik policy. He also called Vladimir Lenin the architect of Ukraine.

Nowadays, one can justifiably call “Ukraine named after Vladimir Ilyich Lenin”, he is its author and architect. (…) And now the “grateful” descendants have demolished monuments to Lenin in Ukraine. They call it “decommunization”

At the same time, the Russian leader called Ukraine not just a neighboring country, but a part of Russian history.

I emphasize once again that Ukraine for us is not just a neighboring country, it is an integral part of our own history, culture, spiritual space, these are our comrades, relatives, including not only colleagues, friends, former colleagues, but also relatives, people, connected with us by family ties

In addition, Putin said that the right to secession of the republics from the Soviet Union was a “mine”, since the “bacillus of nationalism” did not disappear during the years of Soviet power.

Request for recognition of the DNR and LNR

On February 21, the heads of the DPR and LPR, Denis Pushilin and Leonid Pasechnik, asked Putin to recognize the independence of the republics. Pushilin, in turn, also asked the President to consider the possibility of concluding an agreement on friendship and cooperation, providing for cooperation in the field of defense.

On February 15, the deputies of the State Duma, in the course of a rating vote, decided to immediately turn to Putin with the question of the need to recognize the self-proclaimed DPR and LPR.

The situation in Donbas escalated sharply on February 17. The self-proclaimed republics and Kiev accuse each other of numerous ceasefire violations. In the DPR and LPR, a general mobilization was announced and a mass evacuation of residents to Russia was organized. According to the Kremlin, the situation on the line of contact in the Donbass is escalated to the maximum. Neulich in any pedestrian zone. A guy with messy hair bangs the acoustic guitar and sings his heart out. He... 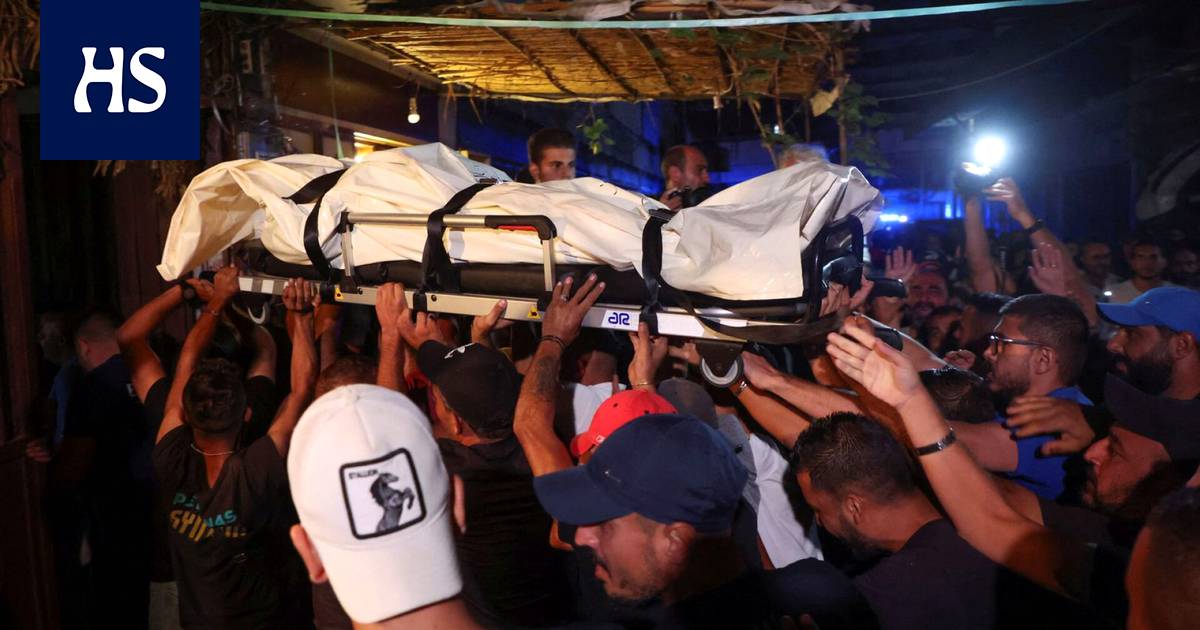 The Secretary General of the UN Refugee Agency described the accident as a "heartbreaking tragedy".Syria 90 bodies have already been... The attack will be carried out via the Double Asteroid Redirection Test, known by the acronym DART (Credit: Flickr/ Nasa)... 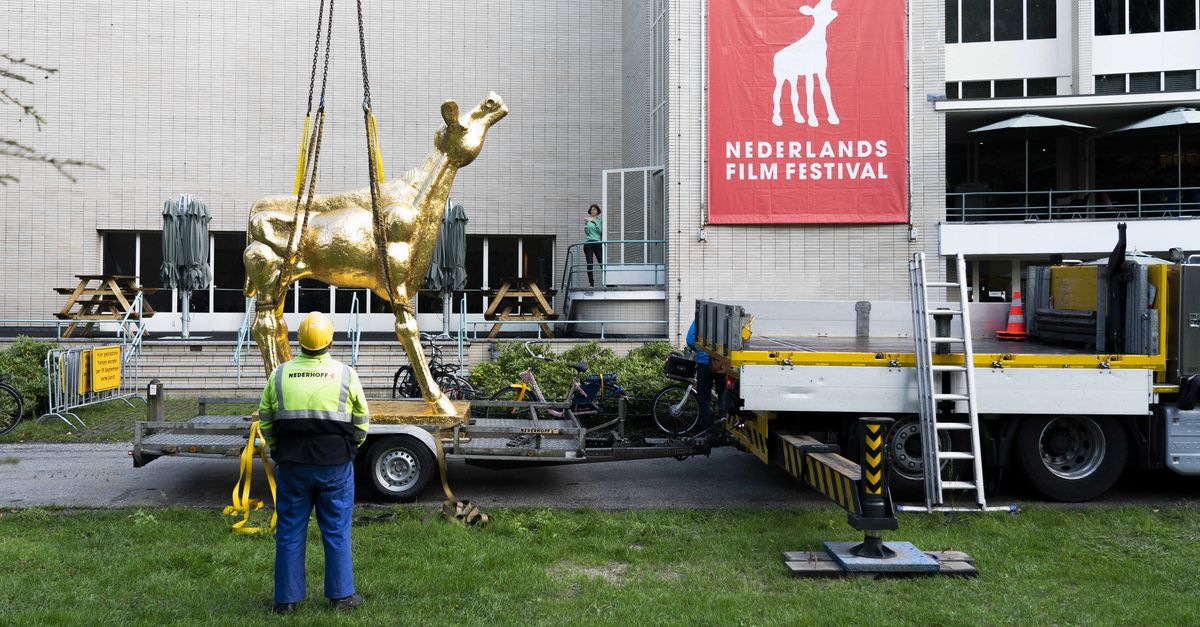 The nominations for the Golden Calfs, the most important film awards in the Netherlands, were announced on Saturday evening at... 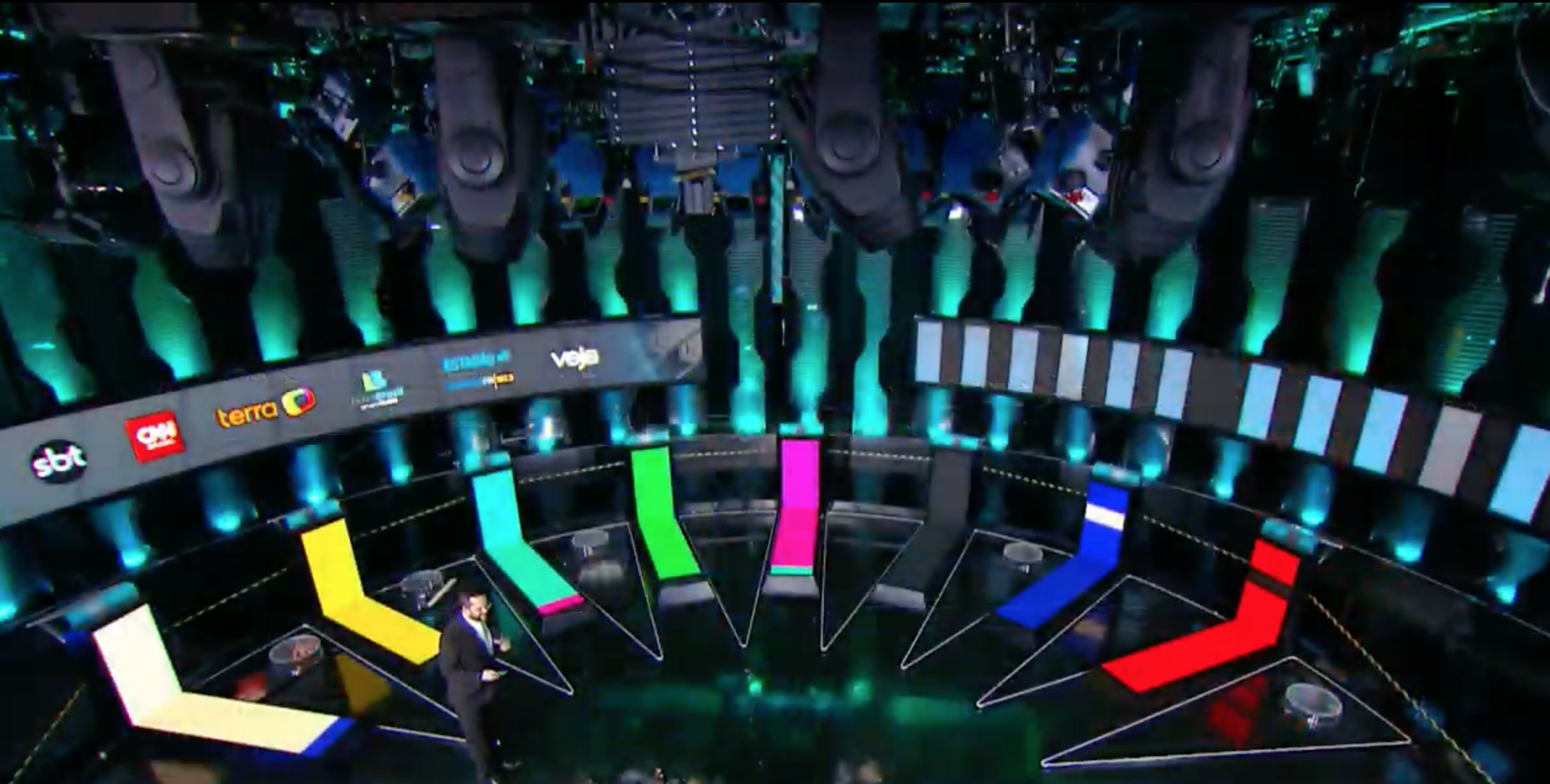 President Jair Bolsonaro was the only one not to publish a message on social media publicizing the meeting. Of the...