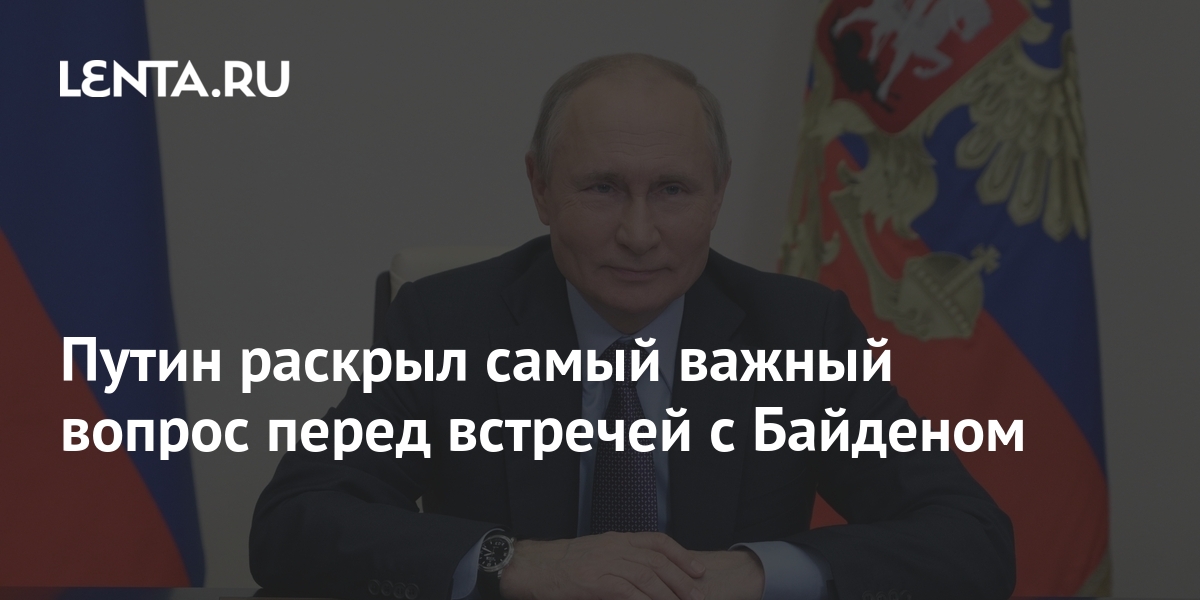 Russian President Vladimir Putin revealed the most important issue before meeting with his American counterpart Joe Biden. According to the Russian leader, the topic of cybersecurity is a priority, since shutdowns of entire systems lead to dire consequences. It is reported by RIA News…

The summit of Putin and Biden will be held in Geneva, Switzerland on June 16. The joint event of the leaders of the two countries will be the first since Biden took office.

It is noted that the arrival of the American leader in Geneva after meetings with the US allies should demonstrate to Russia a “united front” to oppose Moscow. In addition, foreign policy experts warned that a joint press conference of Russian and American leaders would be a “moment of heightened danger” for the head of the White House.

Earlier, Vladimir Putin said that he expects from the meeting with the US President to restore personal contacts and establish a dialogue in areas of mutual interest.