Putin replied to Biden with the phrase “whoever calls names, he is called that” 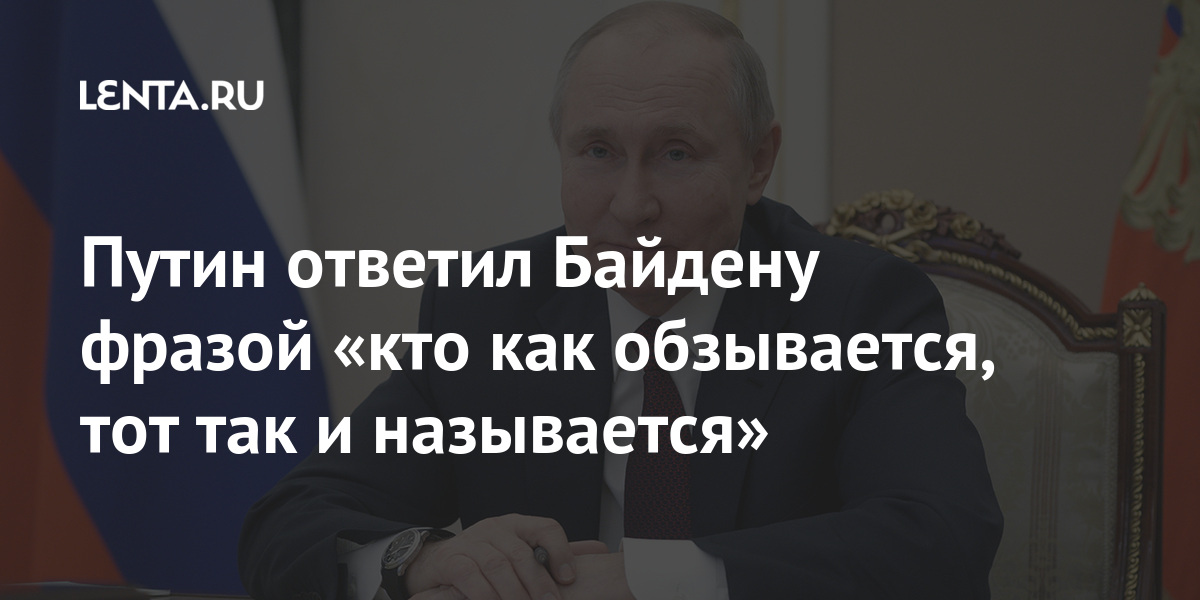 Russian President Vladimir Putin responded to American leader Joe Biden, who criticized him, with the phrase “whoever calls his name is called that.” It is reported by RIA News Thursday, March 18th.

Putin noted that this children’s saying has a profound meaning. “We always see our own qualities in another person and think that he is the same as we are. And on this basis, we assess his actions and give an assessment in general, ”he said in response to a request to comment on the words of the democrat.

The Russian leader added that he would wish his colleague good health. “I would tell him: be healthy! I wish him good health! I say this without irony, without jokes, ”he stressed.

Earlier Thursday, Dmitry Peskov, a spokesman for the Russian leader, called Biden’s statement about Putin very bad. According to him, there has never been anything like this in history. He also stressed that the incident speaks of Washington’s reluctance to improve relations with Moscow.

In turn, the Russian Foreign Ministry demanded that the United States explain the words of Joe Biden. The department stated that relations between the two countries are at an impasse.

Biden said in an interview with ABC that he wants to hold the Russian state accountable for alleged interference in the US elections. The American leader spoke about his conversation with Russian President Vladimir Putin and added that he would pay if he was found guilty.

The Federation Council called Biden’s statement about Putin a triumph of political insanity.

Fauchi: The “early” reopening has caused a spike in Corona injuries