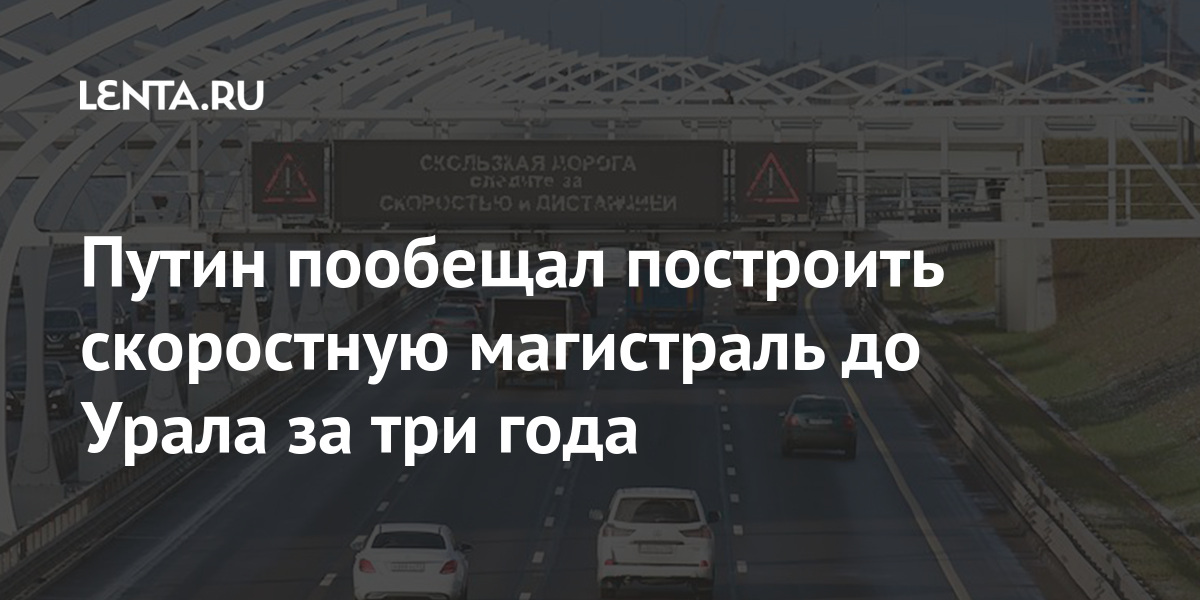 During his address to the Federal Assembly, Russian President Vladimir Putin promised in three years not only to complete the construction of a high-speed highway from Moscow to Kazan, but also to extend it to Yekaterinburg. Broadcast of the event leads YouTube channel RT.

According to the head of state, taking into account the existing high-speed highway from Moscow to St. Petersburg and the Central Ring Road (TsKAD) around the capital, by 2024 it will be possible to ensure the movement of vehicles across the entire European territory of Russia, from the Baltic Sea to the Urals.

Food ration cards helped people in the USSR survive. Can they be introduced in Russia and is it necessary?

For projects of support highways, Putin promised to allocate funds from the National Welfare Fund (NWF). At the same time, he stressed that simply connecting the end points of the route with each other is not enough.

“What’s the point if nothing changes in the lives of people in a small village. Only high-speed trains and cars will fly by. The supporting infrastructure must undoubtedly pull the development of all territories through which it passes, ”the President noted.

In this regard, Putin recognized the need to build a modern regional road network. The regions will be able to do this at the expense of infrastructure loans. The President addressed the audience, urging them to take this into account in development plans.

Also during the message, the president promised the Russians free gasification of land plots, for which the regional authorities must prepare a clear work plan. He promised to check the implementation of the order personally.

Biden hopes to meet with Putin in Europe this summer