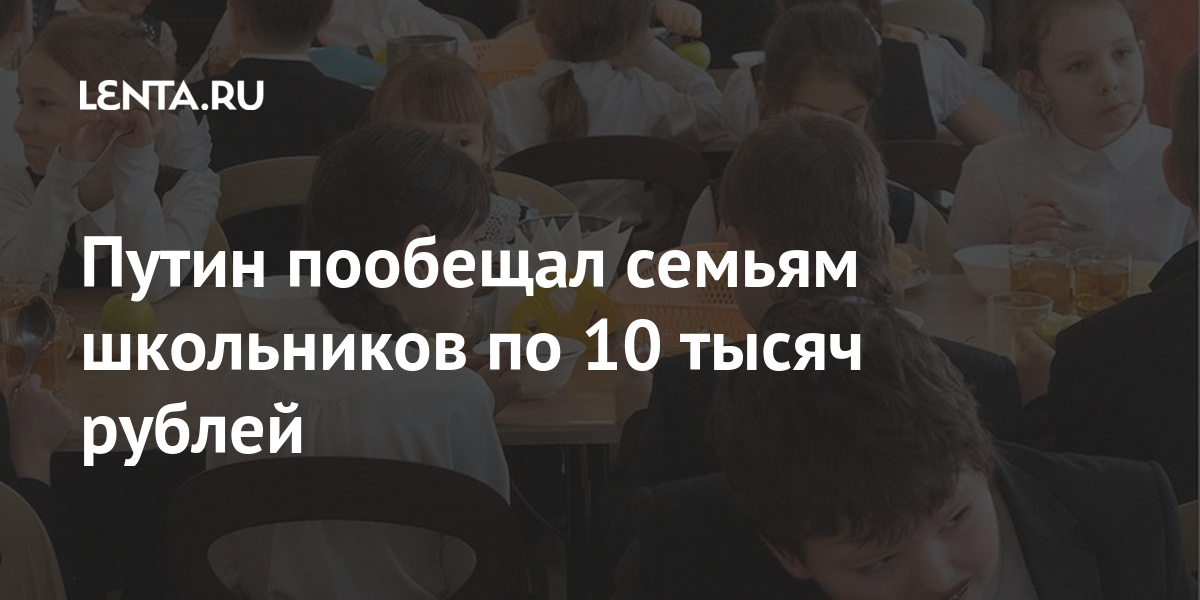 Russian President Vladimir Putin in his annual message to the Federal Assembly announced a future lump sum payment to families with school-age children in the amount of 10 thousand rubles. The message is broadcast on Youtube…

“We will make the payment in mid-August so that parents have the opportunity to get their child to school,” Putin said. The president also instructed the government to prepare an integral system of measures to support families with children by July 1. According to him, the task is to minimize the threat of poverty for such families.

Earlier in the message, the President admitted that it is difficult to raise children in single-parent families, and noted that children from such families between the ages of 8 and 16, inclusive, will receive a payment of 5,650 rubles. Also, the head of state offered to pay 6,350 rubles a month to pregnant Russian women in need who were registered.