Putin promised payments of 10 thousand rubles to all pensioners 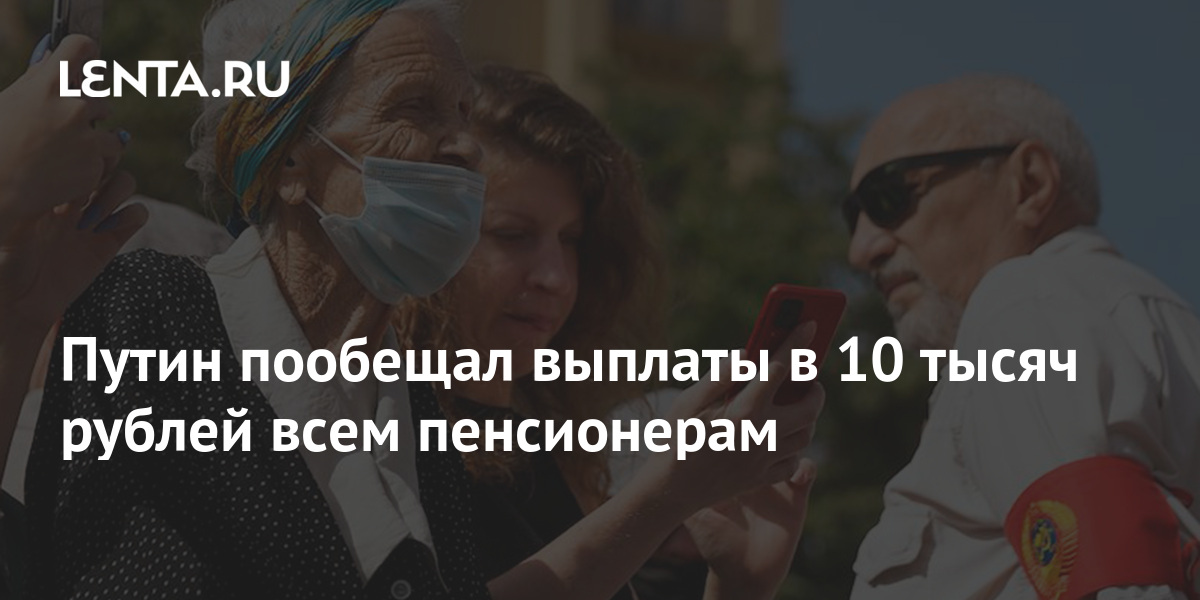 Russian President Vladimir Putin has promised payments of 10 thousand rubles to all pensioners. According to him, everyone will get money: both working and not. It is reported by TASS…

The head of state stressed that the Russian economy is now recovering, and this will help the state to support those who need help.

Earlier on Tuesday, August 24, the President signed a relevant decree. Payments will start in September and will be made automatically, you do not need to submit an application for this. Finance Minister Anton Siluanov said that about 500 billion rubles would be required for new payments to pensioners and military personnel. “This requires considerable budgetary resources,” the minister explained. Siluanov also added that the funds will come from this year’s budget revenues.

On August 22, during a meeting with representatives of the United Russia party, the president made a proposal to pay pensioners 10,000 rubles each, and servicemen 15,000 rubles each. According to Putin, it is necessary to increase the incomes of some categories of Russians due to the accelerated inflation in 2021. The State Duma and the Federation Council have already estimated the required amount at half a trillion rubles.

Chile commemorates the fall of Salvador Allende, with a new panorama before the constituent