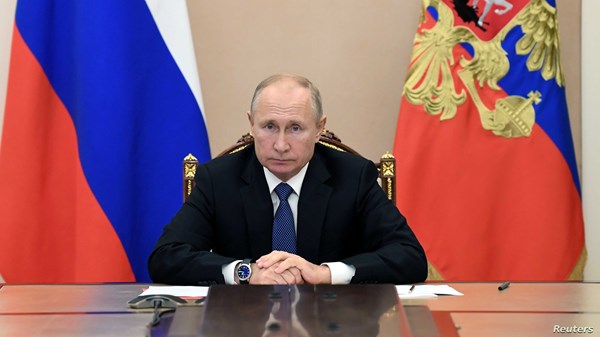 Russian President Vladimir Putin will participate in a video call Thursday at the international climate summit proposed by his US counterpart Joe Biden, as announced Monday by the Kremlin. “Vladimir Putin will present Russia’s approach in the context of establishing broad international cooperation to overcome the negative consequences of climate change,” the Kremlin said in a statement.
In total, 40 world leaders have been invited to this hypothetical summit scheduled for April 22 and 23, which will mark Washington’s return to the fight against climate change after its withdrawal from the Paris Agreement under the administration of Donald Trump.
At the end of March, Joe Biden invited Vladimir Putin and Chinese President Xi Jinping to participate in this summit, but the latter has not yet confirmed his participation.

Climate issues appear to be one of the last possible areas of cooperation between Moscow and Washington.
According to many scientists, Siberia and the Arctic are among the regions most affected by climate change. In recent years, they have recorded record temperatures and huge fires.
In early March, Moscow and Washington announced that they had resumed cooperation on climate with the arrival of the new US administration.
The Kremlin representative in this regard, Ruslan Edelgiriyev, held talks with US climate envoy and former Secretary of State John Kerry.

“The Super League is the Spanish league”

Nadal: «Now is the time to press»