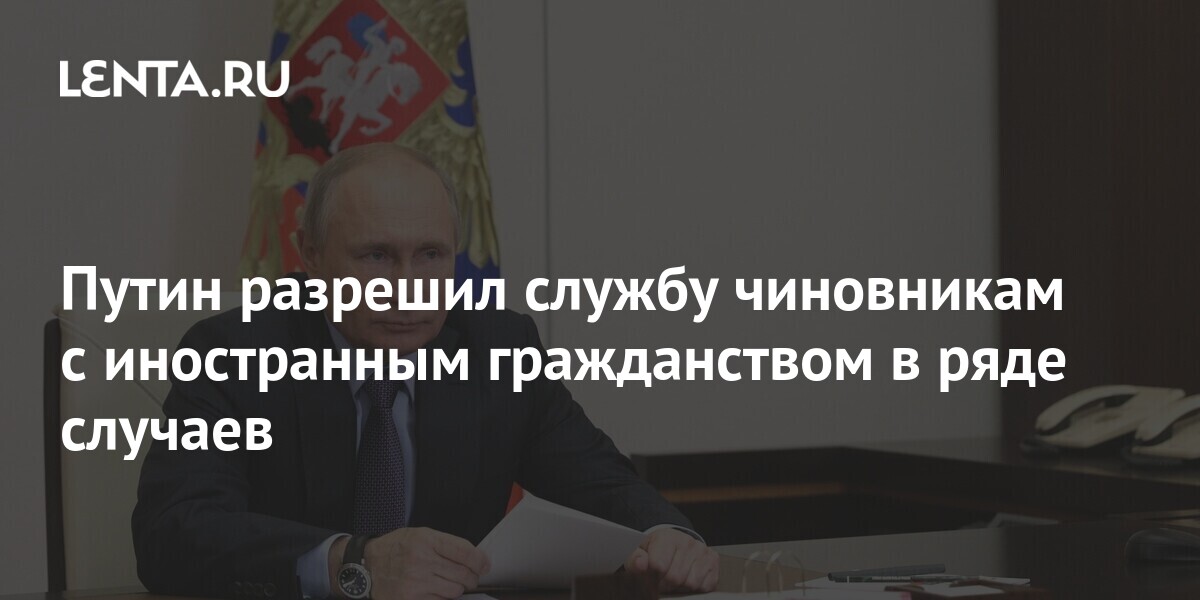 Russian citizens who, in addition to this, have a passport of another country, can enter the state or municipal service if they cannot renounce their foreign citizenship. The corresponding decree was signed by Russian President Vladimir Putin, document posted on the portal of legal information.

According to the document, such officials can occupy positions in which there is no admission to state secrets.

The fact of the impossibility of renouncing foreign citizenship will be established by a decision of the head of state or by a commission on citizenship under the President of Russia.

At the same time, the decree obliges officials who are unable to renounce their foreign citizenship to “take all possible measures aimed at terminating” such citizenship, as well as not to issue identity cards of a citizen of a foreign state and to perform any other actions as such.

On June 1, a package of laws came into force prohibiting Russian state and municipal employees, as well as the military, from now having foreign citizenship.

PORDENONE – Nina didn’t make it. The cat held on the chain for 10 years is dead