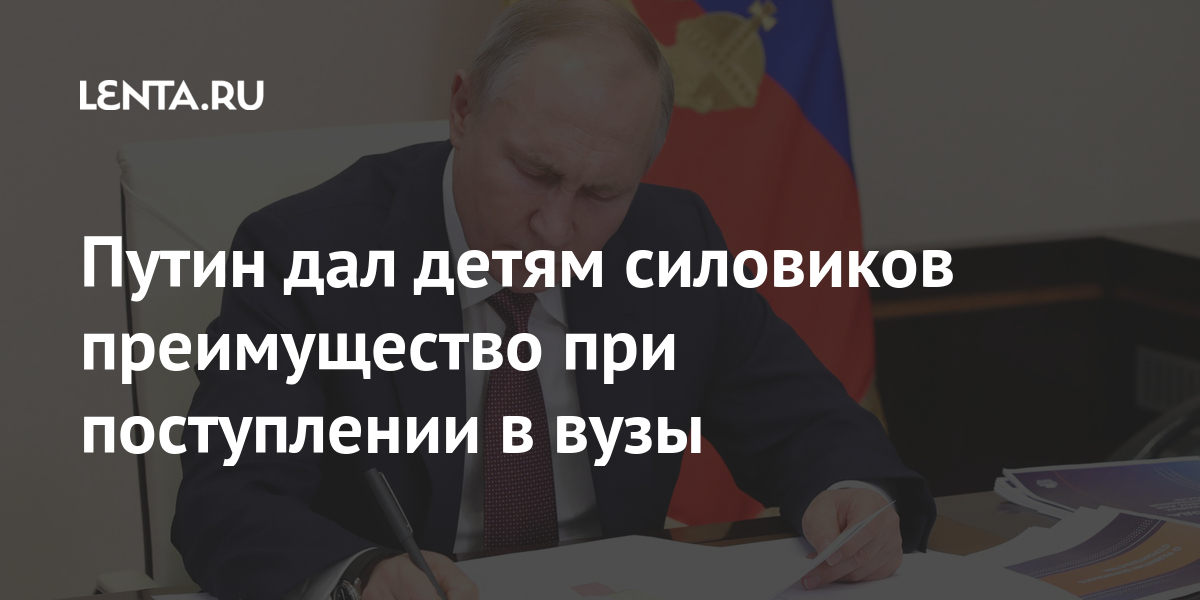 Russian President Vladimir Putin signed a law on the priority of enrolling children of employees of the Ministry of Internal Affairs and the Russian Guard in universities. Relevant document published on Tuesday, April 20, on the official Internet portal of legal information.

According to the law, the pre-emptive right to enroll in higher educational institutions under the jurisdiction of the Ministry of Internal Affairs of Russia and the National Guard is given to the children of employees of the internal affairs bodies, as well as children of citizens serving under contract in the National Guard troops. Parenting service must be 20 years or more.

Children of former employees who have been dismissed from service in these bodies and have 20 or more years of experience have similar advantages. The document emphasizes that the children of security officials can receive priority upon admission, provided they successfully pass the entrance tests.

It is noted that the authors of the initiative were the heads of the Duma committees for information policy Alexander Khinshtein, for education and science Vyacheslav Nikonov and for security Vasily Piskarev.

The corresponding bill became known in February. The authors of the initiative then explained that the children of the military have a similar right and with this bill they are trying to eliminate the injustice that has arisen.

On March 3, Sergei Rybalchenko, chairman of the Public Chamber’s commission on demography, protection of families, children and traditional family values, said that the state should allocate additional budget places in universities to graduates from large families and provide other preferences. He explained that for the successful implementation of demographic policy in society, the idea should arise that having many children is profitable and prestigious.

Understanding between the “Federal National” and “Colombian Representatives”