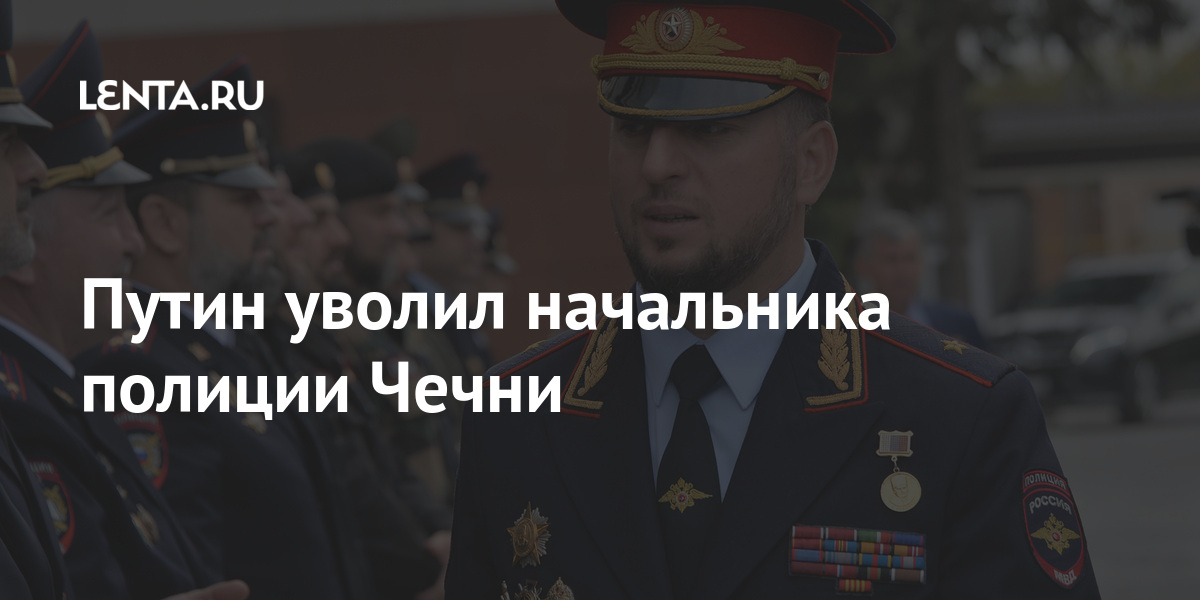 Russian President Vladimir Putin signed a decree dismissing Major General Apti Alaudinov from the post of Deputy Interior Minister of Chechnya – Chief of Police of the Republic. This is reported by “Kommersant” with reference to sources, the corresponding document has not yet been officially published.

It is noted that the decree was signed on March 18, and Alaudinov’s dismissal went under the first number. By the same decree, the head of the main department of the Ministry of Emergency Situations in the Perm Territory, Andrei Bubentsov, and the deputy prosecutor of the Moscow region, Semyon Yakubov, were relieved of their posts.

To date, Alaudinov’s profile deleted from the website of the Ministry of Internal Affairs of Chechnya and is available only in cache… Among the deputy ministers of internal affairs of the republic are only the head of the investigation department, Colonel of Justice Ramzan Simbagayev and Colonel of the internal service Musa Kadyrov.

In October 2019, Novaya Gazeta reported on a large-scale “cleanup” of the ruling elite in Chechnya, suspected of disloyalty to the head of the republic, Ramzan Kadyrov. It was noted that Alaudinov was among the detainees. According to Baza, the conflict between him and the head of Chechnya arose after the police chief threw a party and, while intoxicated, “slapped the head” on the head of the region. In addition, it was reported that he, along with the guests, allegedly made fun of Kadyrov. Later, this information was denied by the republic’s press minister, Dzhambulat Umarov, and Alaudinov himself also said that “every year the enemies love to write different stories about Chechen officials.”

In the same month, information about the preparation of an assassination attempt on Kadyrov appeared on the Telegram channel “NCFD Telegraph”. Anonymous sources reported that Alaudinov was also involved in an attempt to poison the head of Chechnya. Kadyrov’s press secretary Alvi Karimov rejected such statements, and Alaudinov, together with the head of the city of Urus-Martan Valid Abdureshidov, also featured in the report on the assassination attempt, recorded a video message in which they swore allegiance to Kadyrov. According to them, they did not betray the head of the republic.

Apti Alaudinov is 47 years old, he joined the internal affairs bodies in 2001 and held various positions in the structure of the Chechen Ministry of Internal Affairs.

The action “10 thousand steps to life” has started in Russia