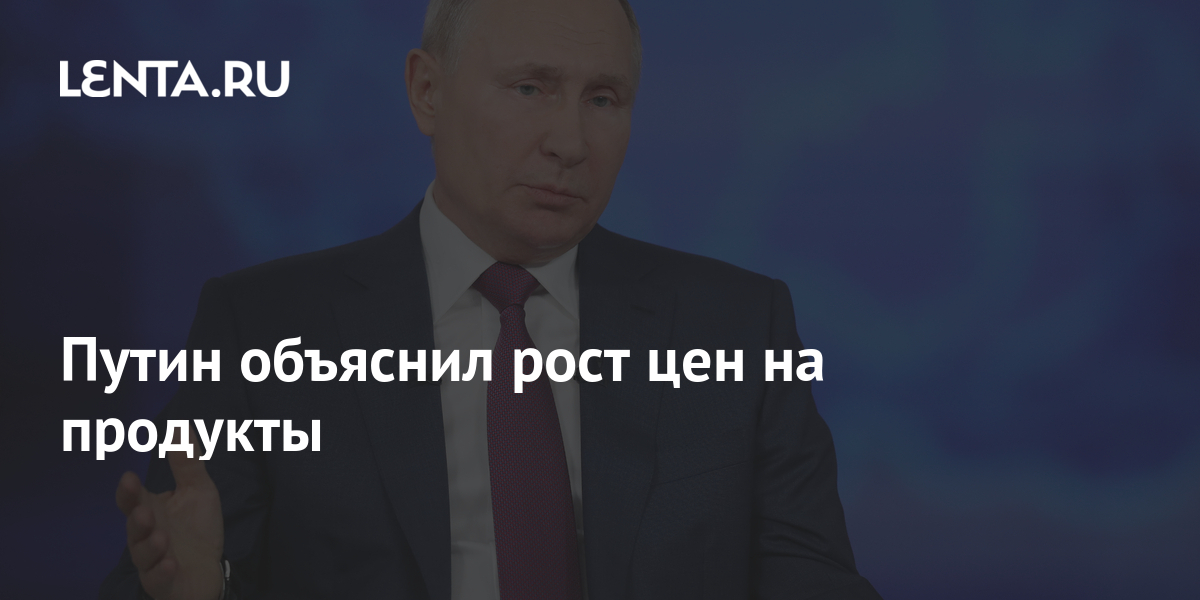 Russian President Vladimir Putin explained the rise in food prices. He said this during a live line, the broadcast is on Youtube…

The President specified that today the world food indices are at the highest level in the last 10 years. The rise in food prices is a global trend and it is happening everywhere, he added. “We have the biggest growth [цен] on food was last year. Sugar increased the most – 41 percent – and sunflower oil, ”the head of state said.

Putin recalled that the government has taken a number of decisions to contain prices. We are talking about an agreement between manufacturers and retail chains, as well as subsidies to manufacturers of final products for the purchase of raw materials and the introduction of increased export duties. “On the whole, the state pays attention to this, it may sometimes be out of time,” the president admitted.

Answering the question asked during the direct line about why imported bananas are now cheaper in stores than domestic carrots, Putin said: “We did not have enough of our products.” According to him, vegetables and fruits in the country are still produced in insufficient volume for domestic consumption.