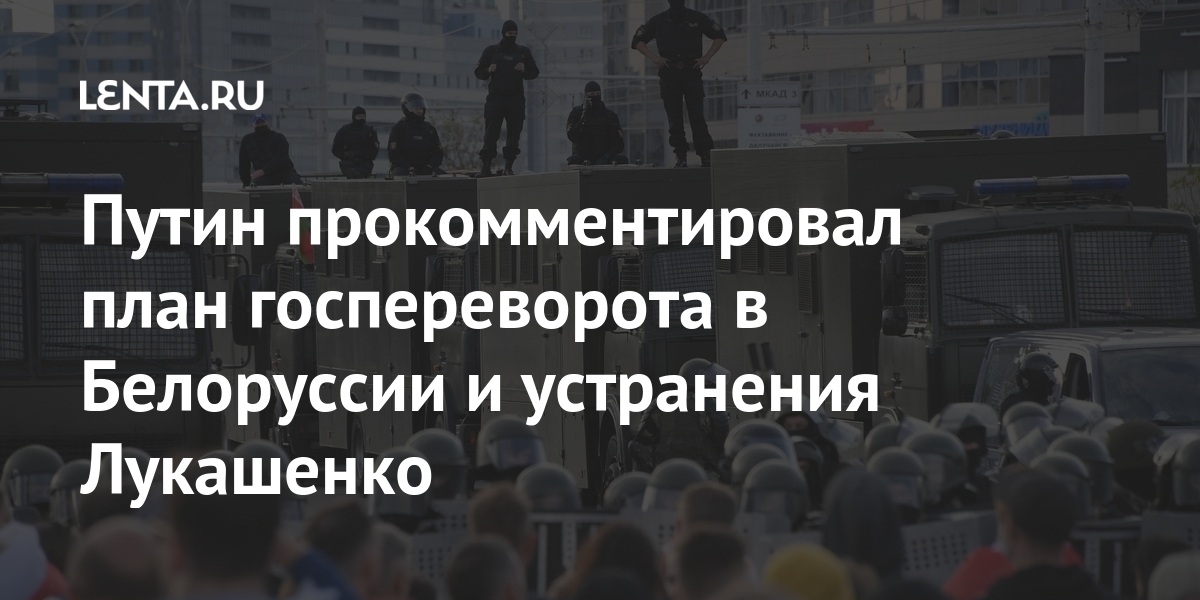 You can have any point of view regarding the policy of the President of Belarus Alexander Lukashenko, but the practice of organizing coups d’etat and eliminating high-ranking officials is unimaginable. This was stated by Russian President Vladimir Putin during his message to the Federal Assembly, which was broadcast on Youtube leads the First channel.

According to him, everyone is already accustomed to the practice of imposing “politically motivated sanctions” and attempts to impose their will on others by force. However, now it is degenerating into something more dangerous, for example, an attempt to organize a coup d’etat in Belarus. “The collective West does not seem to notice the story of the preparation of the murder of Lukashenka. Plans to assassinate top officials are too much. All borders have already been crossed! ” – said the head of state.

On April 17, Lukashenka announced that an attempt was planned on him and his children. According to the Belarusian president, the task of eliminating him was approved by the top leadership of the United States. He also noted that Putin, in a conversation with American leader Joe Biden, asked a question about this attempt, but did not receive an answer.

Later, the Federal Security Service (FSB) announced the arrest in Moscow of two people who were planning a military coup in Belarus. According to the department, one of the detainees, who has dual citizenship, Yuri Zyankovich, arrived in Moscow after consultations in the United States and Poland. He allegedly planned to meet with representatives of the Belarusian Armed Forces to persuade them to take part in the coup.