Putin canceled the decree on the suspension of flights to Egypt 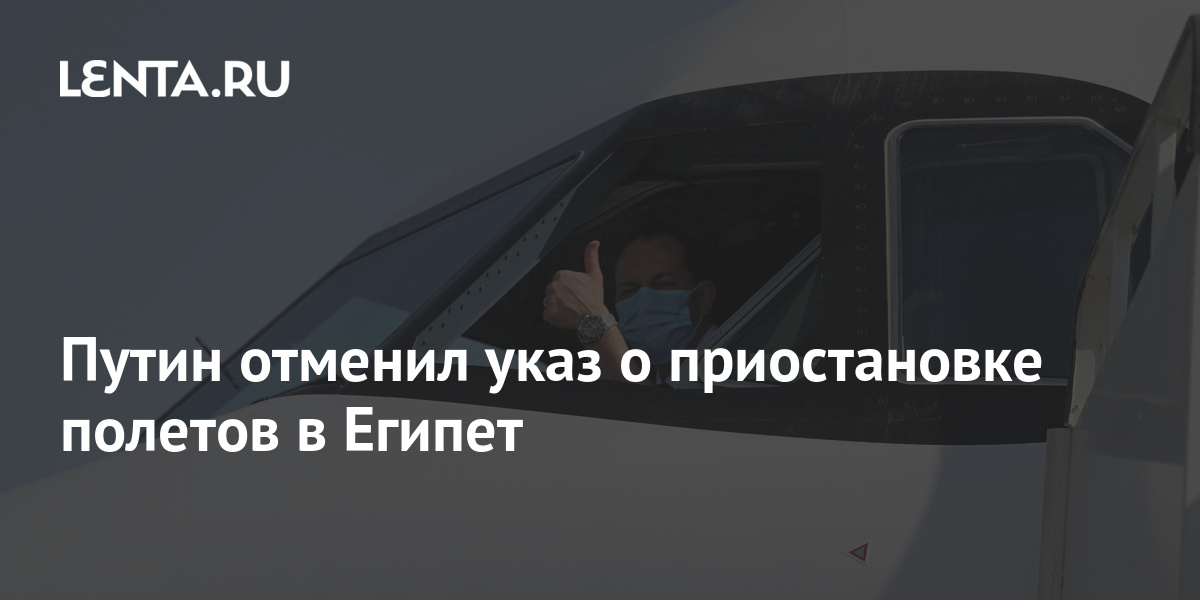 Russian President Vladimir Putin signed a decree canceling the suspension of charter flights to Egypt. The document was published on the official portal legal information.

The presidential decree of July 8, 2021 cancels the document from 2015, which prohibits air transportation of Russian citizens to Egypt, and from 2018 – according to which only regular flights with Egypt were allowed.

In fact, the ban on flights of Russian airlines to Egypt has been in effect since November 6. Then the Ministry of Transport of Russia sent the Federal Air Transport Agency a corresponding instruction, which entered into force from the moment it was received.

The Airbus A321-231 of the Russian airline Kogalymavia (Metrojet) crashed in the Sinai Peninsula on October 31, 2015. There were 224 people on board (mostly Russians), all of whom died. The causes of the disaster have not yet been established, while different versions of what happened are put forward. Among them – an explosion in the engine, a bomb planted on board, as well as an attack by the Islamic State group banned in the Russian Federation.